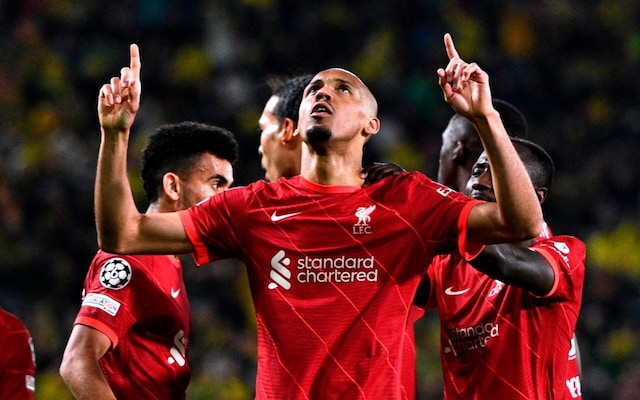 Nothing in life is ever certain. If recent events in both the United States and abroad have shown, it’s that despite all the hard work and progress, everything can still be swept backwards at a moment’s notice. It is in these perilous times that the true measure of character is judged. Instead of folding and succumbing to the pressure of the moment or the weight of the task, those who wish to march forward must stand up and take destiny back into their own hands. This might seem grandiose talk to put inside of a football column, but such are the times in which we all find ourselves.

Villarreal were a wonderful team and their fans demonstrated the very heart and passion that can make all football fans proud. For 45 minutes they outplayed Liverpool and gave everyone supporting the Yellow Submarine a dream to hold onto. First to every ball, and frankly, taking the game to Liverpool in a way they never once attempted in the first leg at Anfield. The early goal set the stage, the late first-half equalizer was their climax. Unfortunately for them, there was still much of the story remaining and Liverpool proved yet again that they cannot be denied during this most audacious of seasons.

Luis Diaz has been a revelation since he came on the scene for the Reds. He is clearly a final masterstroke for outgoing Sporting Director Michael Edwards and with everything remaining to play for, his injection of pace and direct play was the difference in the second half. After looking so out of sorts, Klopp and company took the deep breath they needed and then got to work. Instead of constantly backpedalling, Liverpool were firmly back on the front foot and under control. Passes were once again sprayed around with the accuracy and consistency we’ve all grown so accustomed to and the direct attack came roaring back to life. The final aggregate score more fairly reflected the tie but make no mistake, Villarreal gave everything they had and it nearly was enough.

I had a strange suspicion something would be in the works tonight to be honest. It was pre-match and as the steadicam panned past all the players and kid mascots, I caught one little boy flash what looked like a hopeful scoreline of 3-0 at the camera and then offer up a prayer. Had Villarreal actually been able to pop that third goal in, especially early in the second half, this game could have gone the way of Liverpool v Barcelona. However, it was not to be. Reaching this later stage of the Champions League proved just a step too far for them and it really began to show in the second half, as their legs gave out and tackles that had been so crisp became fouls by the end of the match. Also, if we’re being honest, the Villarreal goalkeeper never seemed a secure presence in the box and when he was finally challenged in the second half, those doubts came to light.

Now, miraculously, Liverpool will reach the final of EVERY competition they can play for this season, an unprecedented run in English football. As befits the team, it’s been almost a new hero every game and especially as the season changes month by month. Early on, it was Mo Salah and the fullbacks that were really carrying the weight of the club. Then, for a stretch, it was Jota and Fabinho, who remains in contention for player of the season, that pulled the club through, with contributions from others such as Minamino and even young guns like Harvey Elliott. Of late, it’s been all about Thiago, Luis Diaz and a resurgent Sadio Mane that have answered the call when the team’s need was most dire. This is exactly what a team is. Where working for one another and finding a way to get to a new solution no matter the obstacle is found up and down the squad.

So much of it comes from obviously Jurgen Klopp, who with every game only makes his immortality in Anfield more secure. The man has found a way to reach his players and to instil the confidence in the fans that is so pure and direct that we’re almost numb to it now. It’s on nights such as these that we all must remember that right now, this ride, this life, must be enjoyed and cherished. Win or lose, being thrilled and having destiny in their own hands is really all anyone can ask for.

At home, here in the States, it becomes more and more apparent that much work lies ahead to truly live in a world that we want to believe in, where everyone can exist as they want to with the freedom and rights all humans deserve. It’s why taking the knee still matters pre-match for so many fans, as it’s a reminder of what is at stake. Football is a game to be enjoyed and a spectacle to sometimes distract from the harsher things in the world but it can also serve as a beautiful connection and bridge between people. Right now, that bridge must stand firmer than ever, as it leads firstly, to Wembley then to Paris as it goes onwards and onwards toward a more hopeful, just future.