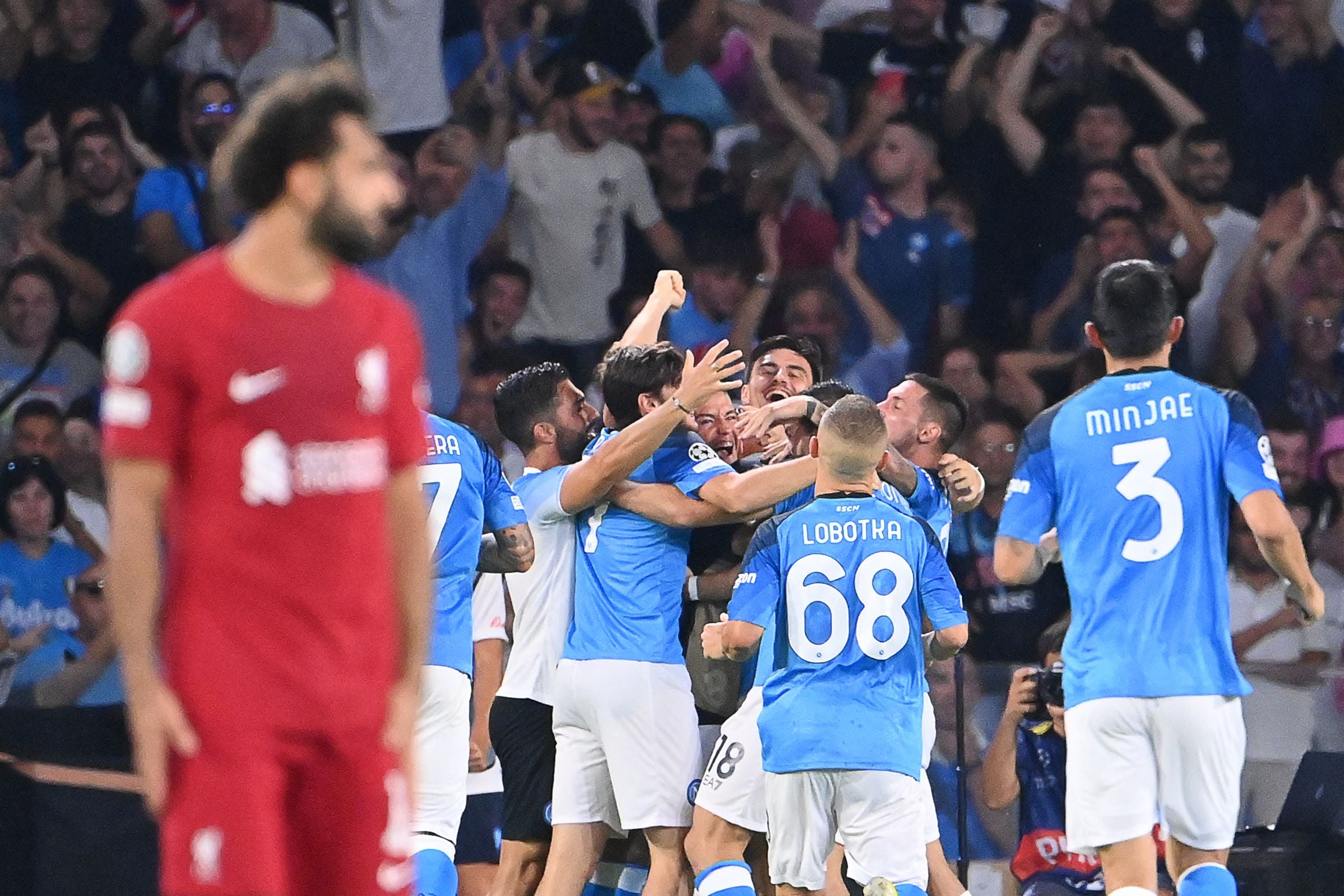 This was about the worst I’ve seen Liverpool play during the Jurgen Klopp era. Repeatedly beaten to 50-50 balls and shambolic on defence, they were fortunate to leave Napoli only 4-1 losers. At times, it seemed like Napoli were playing at twice the speed, they were unstoppable in the first half. Frankly, they played the way most fans have been used to watching Liverpool tear opponents apart themselves. A lot of questions are being asked among the players and coaching staff but one thing is certain: This is not the time to throw things away.

We live in a knee-jerk time right now, where people rage-quit a game of FIFA if things don’t go well for them. This tendency to want to fire everyone, to take your toys and go home when things get rough is exactly the wrong mentality that is required to turn the ship around. In my opinion, any fan that is screaming for Klopp to be sacked needs to be put to bed for a long nap and maybe lay off social media for a decade or two. What we have long craved as a fanbase is to have a culture, an identity that is stronger than the inevitable highs or lows that come with life and especially sports. Do we really want to wander back into the wilderness of where Man United have been the last decade? Or the constant chaos that is Chelsea? I for one have more belief in the system that has led to this sustained run of success than for any new manager who would be entering a team that has been built under a philosophy and ethos years in the making. The notion that things are bad so let’s blow it all up is everything wrong with being a fan these days.

All that being said, it’s time to really get to work now. There can be no excuses given. Have there been injuries at the worst possible time and Nunez’s boneheaded red card stunting his integration to the team? Yes, those are big factors but the truth is, Liverpool have started almost every game on the back foot and have conceded first time after time after time. The midfield looks severely lacking in energy and pressing that is required to run the system Klopp favours while everyone on defence seems to have hit a wall at the exact same time. Virgil has looked as uncomfortable as I’ve ever seen him in a Liverpool shirt and Trent has been caught ball-watching or jogging far too many times for a player of his ability and desired status.

Talk will turn of course to the burnout factor since Klopp demands so much of his team but the season is far too early for players to already be on fumes. Does the mileage of the last few years of constant football worry me? It absolutely does but what Liverpool must do right now is continue to put the work in. The old saying about the best way out of a hole is to stop digging further is still the best way forward. We’re barely into September and the season will have many, many twists and turns to come. Not to mention the strange World Cup break that is coming in November and December which could ironically favour the squad since a good number of our key players aren’t playing in Qatar.

This is not an attempt to paint anything with rose-tinted glasses on. Watching the team this season has been extremely frustrating aside from the Community Shield and Bournemouth games. Like everyone else, I too was hoping for further recruitments in the midfield because it was clear we had far too many players with questionable health records or creeping age problems. Those chickens are coming to roost right now and I fully support what Jurgen said after today’s defeat: the team is in need of a rebuild, even of just identity and shape a little bit.

From the pre-season, I’ve been clamouring on trying Bobby Firmino in midfield and playing Nunez up top together because I think they could help unlock each other more. God bless James Milner, but he is a squad player at best these days, someone who can be counted on for maybe 30 quality minutes a game. Asking him to still be the engine room of our midfield is a bridge too far at this present moment. Ideally, a fully fit Thiago with Firmino and Fabinho could represent our best possible pressing midfield at the moment. Elliott has shown flashes but I think he’s still growing into his ability and his slight frame is still too easily pushed aside at times. He will play a role though. The same goes for the recently acquired Arthur and the hopefully soon-to-be-recovered Carvalho.

Or perhaps Jurgen needs to get radical and actually move Trent Alexander-Arnold into the midfield. He often takes up the position of a right attacking midfielder during the game and too often has not backtracked to the degree his actual position requires him. If we had better options to bring in, I would be very interested to try him there but right now Milner and Gomez are the deputies for right back and neither covered themselves in glory tonight.

Whatever the case may be, things cannot stand as they currently are. The season is not lost but it is very rapidly turning into another where we’ll be fighting for 4th rather than the title. Despite the Haaland goal barrage, I still think Man City have shown to be vulnerable themselves this year and do not buy Arsenal or Spurs yet as fully capable of running away with the season either. As we creep toward mid-September, the dog days of summer malaise are still lingering in Liverpool and must be shaken off quickly before the entire season becomes one long slog toward disappointment.