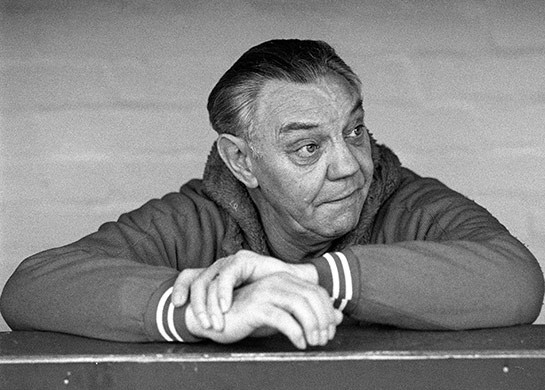 This is my tribute to one of the most down to earth, easy going, coaching genius’s that our club has ever had, R.I.P. Joe lad.

In the bootroom high above the clouds
sit bob and shanks, with both heads bowed
for the knock at the door, is someone they know
they stand to welcome ‘Smokin Joe.’

Born in Walton 1921
he showed potential , early on
where he fulfilled his childhood dream
by captaining his schoolboys team.

On every Saturday afternoon
in the ‘old boys pen’ at Liverpool
amongst the little kopite cubs
stood the future coach, of this great club.

A centre half stood tall and mean
at county level, when aged 16
it was then in 1938
you became one of the ‘Maine rd’ greats.

It was in the navy during the war
where his qualities, came to the fore
where tactics, fire, and discipline
are instilled inside the minds of men.

Liverpool FC rejoice the day
1958, in the month of may
“ who was this coaching mystery “
the rest, as they say is history.

Together with shanks, your skills excelled
you were fair, but firm, and never yelled
“ He’s the finest coach in the country now “
said Bobby Robson, of Ipswich Town.

Under sir Bob , you’re promoted once more
‘Assistant manager’, read the sign on your door
the players adored you, through respect and pride
one big happy family, with uncle Joe by their side.

In the spring of 1983
you finally fulfilled your destiny
the local boy, from Litherland Town
was finally handed, his ‘cap and gown.’
The way to describe the next 2 years
is ‘ecstatic joy ‘, then ‘painful tears’
the joy, from Rome, and treble fame
to the Heysel stadium’s , hurt and shame.

You decided then, to quit the game
and let king kenny, take the reins
at 64, and a lifelong red
“ Im too old and tired “, is what you said.

And so you slipped out of the light
not out of mind, or out of sight
to most ‘home games’, he’d walk with fans
that was the measure of this man.

Thats how we’ll all remember you
you did the things, the fans would do
we thank you Joe, with true emotion
for 26 years, of true devotion.

Back in the clouds, after a warm embrace
these 3 red legends, take their place
the kettles on, the tactics begin
Joe’s happy now, with that famous grin.

For now he’s back, amongst his mates
and takes his place, with the all time greats
that bootroom spirit, which used to flow
now has the spirit, of smokin Joe.