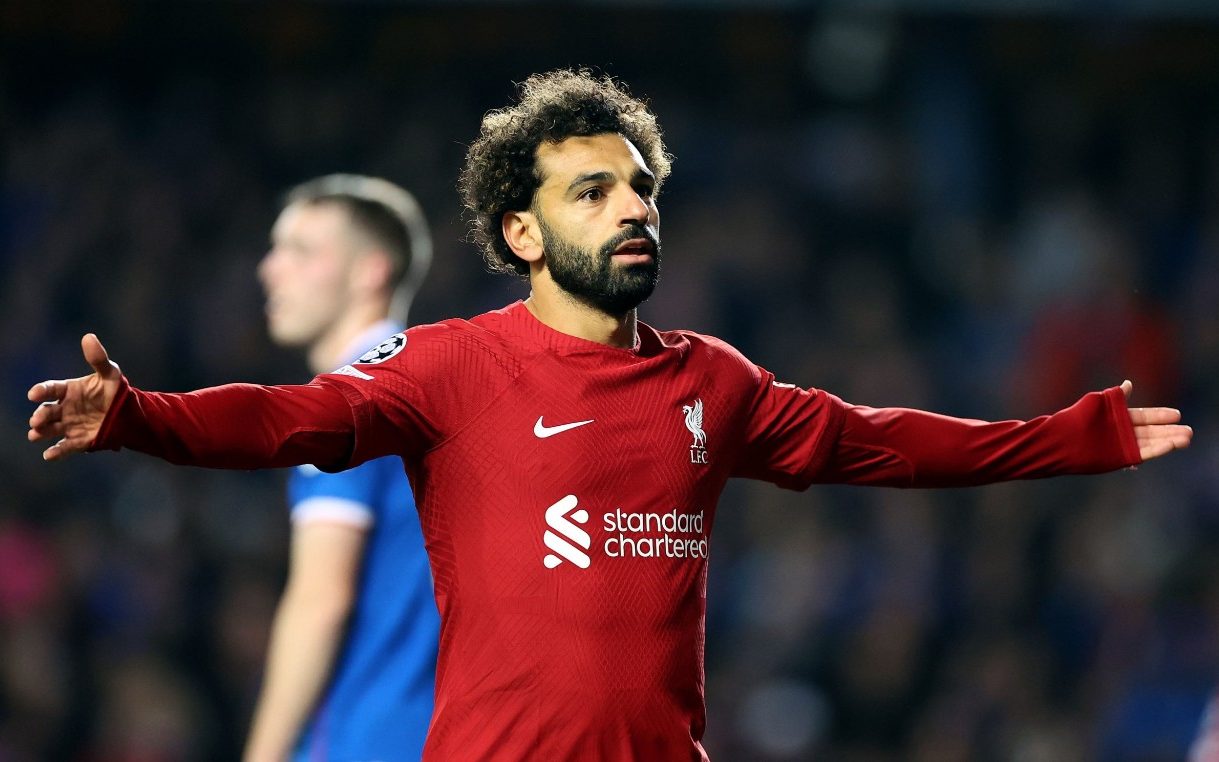 The quickest hat-trick in Champions League history, by substitute Mo Salah, buried Glasgow Rangers, in ruthless fashion. A 7-1 defeat for the Ibrox outfit, though a little harsh, illustrated a huge gulf in class between the two teams and should see Liverpool progress to the knock-out stages of the competition.

Several changes by Jurgen Klopp didn’t prevent his side from falling behind, yet again. At least this time, Liverpool didn’t concede in the opening minutes. This time, it was mid-way through the first half before Alison was beaten, though Firminho, who sparkled throughout, soon drew his side level, with a near post header from a corner, and the teams went in all square at the break.

If the Rangers crowd, who had been vociferous in their support in the opening 45 minutes, thought they’d have more to shout about in the second half, Firminho soon silenced them. A perfectly weighted cross from Gomez, replacing the injured Trent Alexander Arnold, was slotted home with ease by the beaming Brazilian. The vision and sure touch that’s not been seen quite so much in the past 12 months, on display again, with an exquisite back heel, to set up a goal for a previously visibly frustrated Nunez.

At 3-1, the game was over as a contest, but bringing on Salah and Thiago, whilst Rangers exhaustively chased shadows, saw Liverpool humiliate the home side. Salah’s first was a toe poke, whilst his second, just minutes later, showed his composure in the penalty box. Surrounded by blue shirts in the penalty box, like all great goal scorers, he slowed the game down, picked his spot, and stroked the ball with ease into the net. On six minutes and twelve seconds, he completed his hat-trick with a goal we’ve seen the Egyptian score many times before. A trademark left-footed curling shot, to the goalkeeper’s right post, which left MacGregor, Rangers’ best player at Anfield, with no chance.

Long before Liverpool’s sixth, which was Salah’s third, Glaswegians, so enthused just an hour before, when their side took the lead, streamed out into the bitterly cold Scottish night. Harvey Elliot was probably prevented from feeling the cold himself, by the cuddles of Salah, awaiting a VAR decision that seemed to be interminable. Quite why it took so long to decide Elliot’s goal was perfectly valid, striking with his weaker right foot, after Jota should have scored, is difficult to understand. However, not only did Liverpool’s seventh consign Rangers to their heaviest-ever competitive home defeat, but it also crowned an impressive display by the youngster and one that may well see him secure a starting birth against Manchester City on Sunday.

So having scored seven goals, Liverpool need just one point from their remaining two group fixtures to progress. Just as importantly, the second-half display was probably the first time this season that Klopp and the travelling Kop truly recognised their team. They’ll need something just as good, if not better at the weekend, and not just for 45 minutes if they’re finally to get their Premier League campaign up and running.