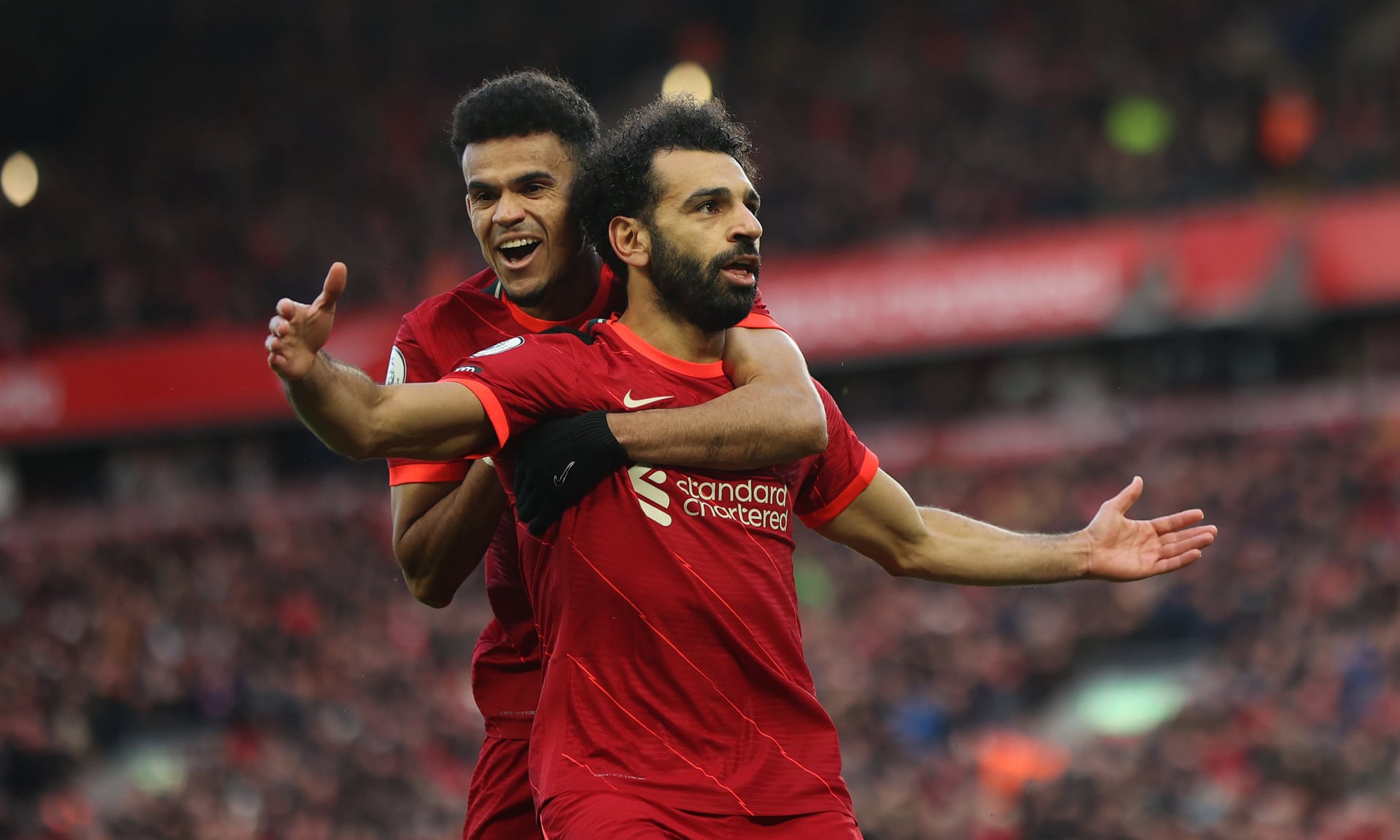 In what was a struggle for 60 minutes, Liverpool ultimately overcame a stubborn Norwich team, who’d surprisingly taken the lead early in the first half. Goals from what may well become the preferred front three, of Salah, Mane and Diaz ultimately secured the points though, despite the many changes Klopp made from the midweek victory in Milan.

With only ‘our number four’ surviving from the back four in Italy, Gomez, Matip and Tsimikas all started. Gomez in particular often looked unsure, deputising for the rested Trent, whilst Ox, Henderson and Keita all struggled in the first half to impose themselves on an industrious Norwich midfield. Not that the visitors from Norfolk were causing the home side too many problems, but Liverpool’s only effort of note was a shot easily saved from Tsimikas.

Early in the second half, Norwich forced Liverpool to up their game, when a deflected long-range shot eluded Alisson and nestled into the net. The visitors had taken the lead, and a nervous Anfield crowd expected a response.

They didn’t have to wait long, and it was AFCON winner Sadio Mane who restored parity. A break down Norwich’s left eventually looped to the Senegal star on the penalty spot, and an overhead quick found its way past Angus Gunn. Within three minutes it was 2-1, as Salah, Liverpool’s best player in the first half, took down a sensational volleyed pass from Alisson, akin to the famous goal against United of two years ago. The Egyptian jinxed and dribbled around a sea of yellow shirts, and despite scuffing his right footed shot from the edge of the box, his 150th goal in 233 games gave Liverpool the lead.

It had undoubtedly been a struggle for Klopp’s men up to this point, but a very disappointing Oxlade Chamberlain had been replaced by Thiago, and the Spaniard’s incisive forward passing, changed the game. Involved in everything good that Liverpool did in the second half, his 30-minute cameo just lacked a goal, and with the lesser-seen Origi replacing Keita, Liverpool went on to stretch their lead, with a deft finish from Diaz.

The Colombian forward, who’d impressed in his previous two appearances, had perhaps been guilty of trying too hard in the first half. Everything he tried in the opening 45e minutes just fell short, but after receiving a defence-splitting pass from Captain Jordan Henderson on 75 minutes, his dinked finish over the despairing Norwich goalkeeper found the net.

3-1 might have flattered Liverpool, and perhaps if Norwich had shown more ambition when ahead, the points may have been harder for Liverpool to secure. As it was, a much improved second-half display, and the ineptitude of a Norwich team surely heading for the Championship, enabled the gap at the top of the Premier League to be cut to six points, however fleeting that might prove to be.