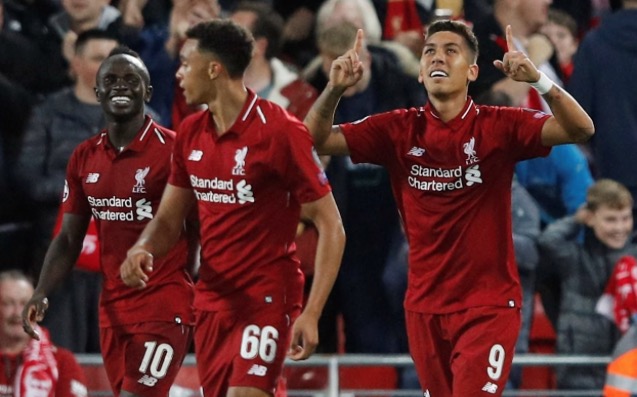 Last night’s victory against the French champions didn’t just mark a perfect start in this season’s European competition; it signaled Liverpool’s return to the European elite, last witnessed in the aftermath of 2005’s ‘miracle’ at Istanbul.

Indeed it also marked a significant milestone in the journey of Jurgen Klopp and his shaping of his side. For while many in attendance last night at Anfield had confidence; there is always the nagging feeling, the horrible realisation, that the next crisis or shock result is just around the corner. It is a consequence of being hit with disappointment many times before and the Red faithful know it only too well.

The reality though is that match day one of this year’s UEFA Champions League was a relatively comfortable affair, certainly more-so than the scoreline may reflect. PSG will always threaten with their flair and quality upfront, but Liverpool were more than a match at the back and utterly dominant in midfield – once again largely due to the efforts of Wijnaldum and Milner.

The result and the nature of it will send the marker around Europe that Liverpool are back; back to the days of being a consistent European player and back to regularly reaching the knockout stages. Rafa Benitez masterminded Liverpool to the top of the UEFA coefficient back in 2009 following a statement win against Real Madrid. A few more significant results could result in a repeat of this feat.

Of course the unifying figure behind this rise is undoubtedly Jurgen Klopp. The German came to Liverpool as a much revered figure for entertaining, heavy metal’ football. Football that would get the fans out of their seats but not necessarily be good for the heart.

It led to great early results, conquering Manchester City, Chelsea and Dortmund along the way. However, it also posed questions of its longevity following significantly poorer results against the likes of Burnley, Crystal Palace and Sevilla.

Even with the highs of last season, the finale proved that there was still some work to do for the man from the Black Forest in Germany. The evidence so far this season and especially last night, proved that this development has taken place.

Liverpool are no longer a gung-ho, wildly inconsistent outfit any longer. The adaption in midfield has led to a more balanced and cultured approach; able to balance out the excesses of the attacking flair in the full-backs and forwards.

The shift in approach has also proved to the doubters that Jurgen is not a one-trick pony or simply an affable friend to the players. He is capable of important pragmatism and reflection in his approach to working, especially when one considers the significant departure of Željko Buvač, his trusted lieutenant.

Where before games seemed to be swinging in a pendulum between victory and defeat; there are now a number of figures who know when to place their foot on the ball and dictate tempo much more deliberately. It is the kind of development that has led many to question ‘when’ rather than ‘if’ Liverpool will win a trophy this season.

Klopp deserves this only too well. Too long has he been unlucky in finals and moments throughout the season. His dedication to working and player development deserves a tangible reward. The Anfield faithful will desperately hope that this season is the one to deliver it.