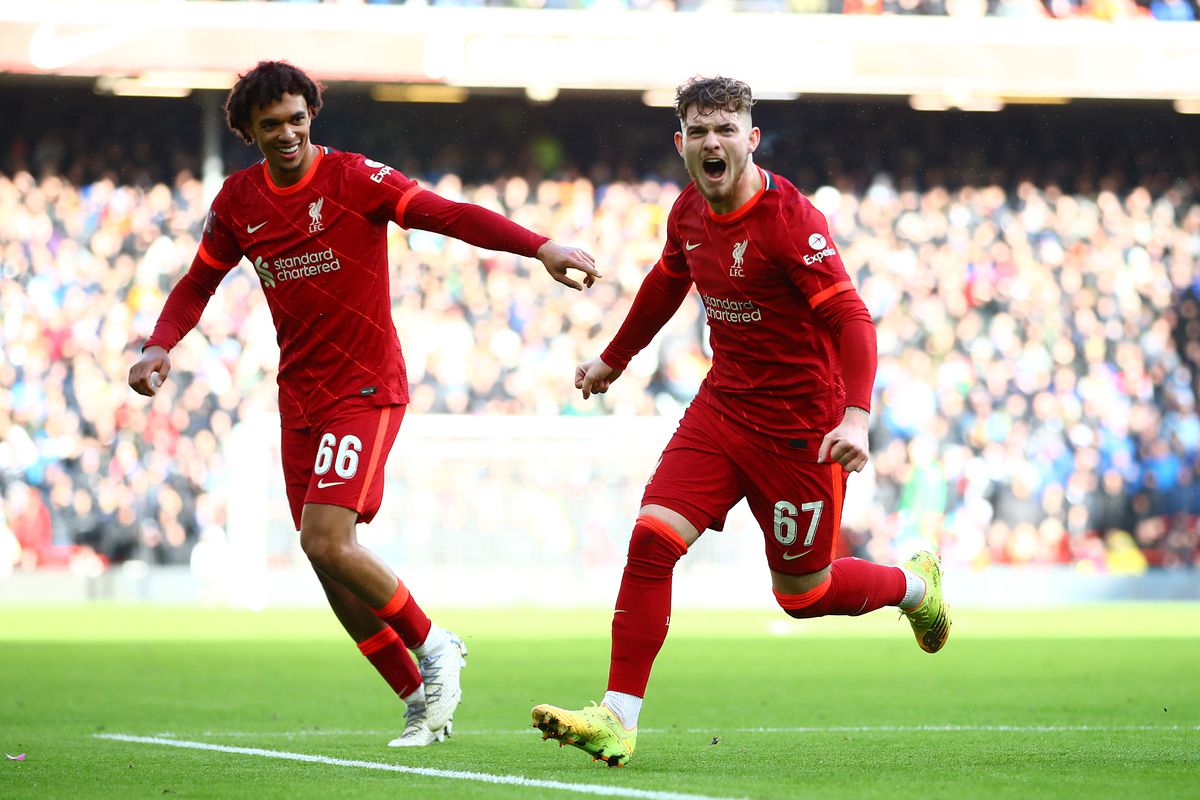 As the calendar turns to February and players return from all over the world back to the squad, Liverpool find themselves in an unexpected position: Still alive on four fronts for silverware. Jurgen Klopp has usually prioritized the EPL and Champions League and seen the team crash out earlier than expected in the domestic cups. Sometimes due to a flat performance, sometimes because of squad rotation, for whatever reason, competing on all fronts has usually faded away as the late winter approaches. Thankfully, 2022 is proving to be a different kind of season.

The first half against Cardiff played out like so many Liverpool cup games of late, fairly staid, with some chances but not the full-throated performance everyone knows the team is capable of. Cardiff to their credit were resolute and kept the game in front of them.

What nearly changed the game was the clearance attempt by Kelleher very early into the second half. A very well struck thru ball nearly brought Cardiff in on goal and Kelleher raced out to clear it. Yet, somehow, his tackle caught none of the ball and instead grazed the attacker. To the naked eye, it could have been a red card based on the clumsiness of it. Ibrahima Konate was still the last defender, to prevent the challenge from being the absolute last-ditch attempt. After a long look and VAR check though, Kelleher was spared a real game-changing error and Anfield could exhale. A few minutes later, the Reds were finally clicking into gear.

That man Jota continues to score real crackers with his head and his glanced header off another stellar TAA cross got the game going. Almost immediately after the game changed once, it changed a second time as Klopp brought on two key subs: new man Luiz Diaz and triumphantly returning from injury Harvey Elliott. To say they made an impact is a drastic understatement. Elliott from his first touch looked determined to remind everyone watching that he is here for his breakout season. When he was felled by injury last year, he had begun to stack up performances to justify a real permanent spot in the starting XI. Based on today’s showing, he’s hungry to do it again.

Luiz Diaz likewise provided a hunger and tenacity that bodes extremely well moving forward. His play to press and take back the ball before setting up Minamino’s goal was everything Anfield, Klopp and all of LFC could be hoping for. Elliot’s third was of the very highest calibre, between the first touch, balance and confidence to let fly. Having these two players ready to be deployed makes Liverpool’s attack a truly frightening enterprise. Manchester City have a rotating attack of between 4-5 players in any given game, which keeps them all fresh, hungry and constantly on the prowl. It’s only one half, but Liverpool might have themselves something along those very lines. There was talk about lack of depth, especially as AFCON loomed but somehow, almost improbably, the squad seems as deep as ever, with goals coming from all over.

In Africa, Senegal beat Egypt for the AFCON trophy in a gritty, scrappy game that saw Sadio Mane redeem a missed penalty to slot home the winning shootout goal. The fact that two of Liverpool’s very best players were squaring off against one another was made for headlines stuff and frankly, this very result might be everything Liverpool could have hoped. Mane proved throughout the tournament that he is still one of the most elite players in the world and any loss of confidence or form should be well in the rearview mirror.

Mo Salah will be bitterly disappointed to have come so close only to taste defeat. However, that defeat can be used as added fuel to really finish this campaign strong. Somehow slighted in several fronts of late, from the Cameroon captain taking strange shots at him to somehow inexplicably being left off the World XI list, this setback can be another log in the unquenchable fire that burns inside him and he’ll return to England with a further point to prove.

Both players embracing after the match ended was another reminder that the bond between the two is stronger than any game and likewise is a microcosm for how Klopp has cultivated an environment of unity at the club. Adding it all together, between new and returning players along with two top players operating near the peak of their powers on a world stage equals a stretch run that will be fun for everyone involved. Buckle up and enjoy the ride. Winter is rapidly coming to an end, with spring and perhaps trophies on the horizon.