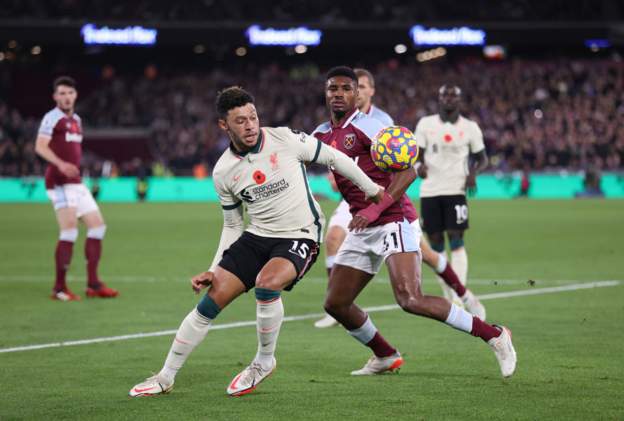 In a dismal performance by Liverpool, that will once again raise issues about squad depth, West Ham deservedly took all three points at the London Stadium.

Liverpool’s record equalling unbeaten run came to an end, in a sorry performance, for which not a single one of Klopp’s charges could be said to have played to an acceptable level. From the moment Alisson, in a rare off day, was beaten by a fourth minute corner, to the glaring miss by Mane in the dying seconds, Liverpool were second best all over the pitch. Both too slow in thought and deed, and second to the ball in a lethargic midfield, nobody got to grips with the Hammers’ physicality, and time after time, players laying prostate on the floor, appealing for free-kicks that were not forthcoming.

In truth, despite a wonderful free-kick from Trent, that drew Liverpool level at halftime, the eleven players in claret and blue deserved their victory. Robbo continued his indifferent form, which surely merits a recall to the first eleven for Tsimikas, Fabinho was dispossessed again and again, and Henderson was hooking balls forward with consistent inaccuracy. The West Ham defence must have wondered just when they’d be put under pressure.

If we thought a rocket from Jurgen would change things for the second half, a breakaway goal from David Moyes’ men, and a free header at the back post for Zouma, put pay to that. Minamino, Thiago, and Origi all came on as West Ham shut up shop, and despite a swivelled shot from Divock finding the back of the net with ten minutes remaining, had Mane scored from a diving header as Liverpool pushed for an equaliser, it would have been stealing a point.

As we head to yet another interminable international break, Liverpool’s title credentials are being sorely tested. Eight goals conceded to Brighton, Brentford and West Ham, in which a mere two points have been gained, is not the stuff of championship winning teams.

Maybe the drubbing dealt out to United a fortnight ago has led to some complacency?Maybe some players are guilty of buying into the hype following that stunning victory?Maybe injuries, and insufficient squad depth have contributed to the malaise displayed in Liverpool’s last two league games?

Whatever the issue, and this woeful display in the capital exposed many, Klopp needs to find a remedy, and fast. If not, we may see City and Chelsea battling it out for the title, while our best hope of a trophy will be in a cup competition.