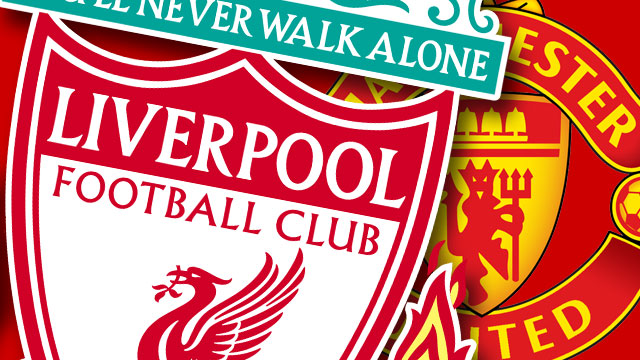 The game that we all look for first when the fixture list is released. Manchester United vs Liverpool FC. Arguably the most heated derby is all of football and always a game that entails drama, frustration and elation. The Reds travel to Old Trafford on Sunday afternoon for a kick-off at 4:30pm BST.

With United’s horrific start to this season coupled with the perfect start from the highflying Reds, most neutral fans will sit and watch the build up to this match with no other result in their mind other than United being thrashed at home. I must admit, I don’t think it is going to be that straightforward.

Yes, we are 8 from 8 whilst Manchester United have only recorded 2 wins so far this season. But everyone knows that form doesn’t matter when Liverpool take on Man United. Form goes out the window. Player from each team turn it up a notch. The atmosphere in the stadium is fierce and intimidating. The tackles are heavier and the calls by the referee are controversial; whether they are straight forward or not. This match is always filled with passionate football and it’s always a contest that either side despise the thought of losing. This gives the players that extra edge and that extra drive to push their absolute limits to get a result. So do not ride off Man United.

The big talking points in the league up to Sunday will obviously be the one word every football fan cringes at the sound of; injuries. You would have had to do a pretty good job to miss the news that United will be without Paul Pogba and David De Gea for the game after they both came out of international duty with injuries that will see them sidelined on Sunday. I’m sure most of you will be sitting there reading this and thinking that should give the Reds an even bigger advantage than what we already have. Again, I think the contrary. All it takes it Sergio Romero to pull of one incredible save in the early stages of the game for him to be filled with confidence, with the backing of the fans behind him as well, to then go on and have the game of his life. So again, and I can’t stress this enough, this game is not a walk in the park. Man United have been shocking all season and the players know that. A win against the Reds will be the perfect opportunity to take back the reins and salvage their season.

On the other hand, Liverpool have been incredible. Faultless at times. We are winning games where we shouldn’t and showing character in adverse situation. All traits of a title winning side. Obviously, it is way too early in the season to be thinking about winning the league, but an 8-point gap between us and Man City is something to write home about.

We’ve all been greeted with the very welcome news that Salah has been cleared to play on Sunday, as well as the brilliant news that our number 1, Alisson, is back between the sticks. With that said, I can’t take anything away from Adrian who has been the perfect replacement for Alisson for the beginning of the season. I will be the first to admit that when Alisson went down against Norwich, I thought that could be the catalyst to a difficult season. But I will also be the first to admit that I was horribly wrong, and I am glad I was.

We go into Sunday with a full-strength squad, as well as a couple of players who shone for their nations. A special shout goes to our unsung hero, Wijnaldum, who scored two goals earlier in the week as he dominated the midfield against Belarus. All our players are fit and firing, and I am sure they will be ready for a tough match. Even more so, ready for a win.

When I say that we should all be cautious this weekend about this match, please do not feel as if your hopes are being dampened because that is not the point. Everyone knows this fixture is never a given. So please, to our fans who will be in the away end at Old Trafford, sing with confidence. Get behind the lads. We are the best team in Europe and the name of everyone’s lips. Let’s make it 9 from 9.

Come on you Reds!!