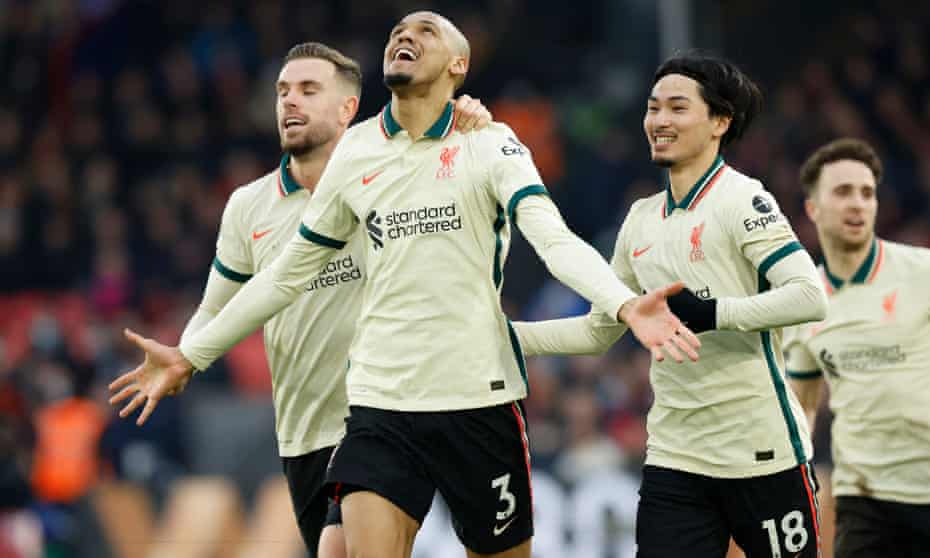 A truly bizarre penalty decision, after an interminable VAR review, was just one of many slices of luck Liverpool enjoyed. A dominant opening thirty minutes, followed by a sloppy sixty minutes, really should have cost Jurgen Klopp’s men the game, but they somehow escaped Selhurst Park with all three points, which may just keep the title race alive.

Liverpool’s early superiority was rewarded within 15 minutes, as Virgil van Dijk rose unchallenged to head home a bullet header from a Robertson corner. Liverpool had battered Palace from the outset, and it only looked a matter of time before a second would arrive. With both full-backs enjoying so much of the ball, it was no surprise that it was from that avenue of attack that duly delivered the deserved second.

Once again, it was Robertson that provided the assist. A flowing midfield move led to a far-post cross, and it was Oxlade Chamberlain, who found himself in enough space to bring the ball down with his chest, hammered home with his left foot. At this point, a repeat of last season’s seven-goal haul looked possible, but Liverpool suddenly changed tac.

Rather than continue to press a Palace team, who for half an hour, could barely pass the ball to a fellow Eagle, Liverpool decided to stand off the opposition, drop their intensity, and invite Palace to attack. Thankfully, when those attacks created opportunities, Alisson came to the rescue. Yet, if we thought the near-misses would liven up the team in the second half, we were very much mistaken.

The second half began, with the same pattern of Liverpool lethargy and sloppiness, that should have seen them concede in the opening forty-five minutes. They did though concede early in the second half, with Palace slicing through a high defensive line with ease, resulting in a tap in for Edouard.

Inevitably, thoughts turned to the infamous 3-3 draw back in 2014, and Palace were certainly looking likely to find not just one more goal, but several. Liverpool continued to lose the ball with alarming regularity, whilst simultaneously creating very little themselves. It looked as if the game could only go one way, and then referee Kevin Friend gave Liverpool a huge helping hand.

A wonderful diagonal pass from Trent found Jota, and as he ran in on goal, failing to properly control the ball, out rushed Guaita. Though he got none of the ball and certainly made contact with the Portuguese, it was never a penalty. However, with VAR instructing the referee to take another look, a penalty was awarded. Palace manager Vieira looked on aghast, and rightly so. Fabinho though remained unaffected by the delay that VAR invariably induces, and calmly slotted home the spot-kick.

The penalty in the dying minutes put paid to a Palace resurgence. The three points were secure, but with Alisson rightly awarded man of the match, as Klopp later admitted he ‘saved our arses’, Liverpool had got lucky. They escaped with the three points, and the gap to City is now down to single figures, and with Liverpool having a game in hand, the title race is very much alive.