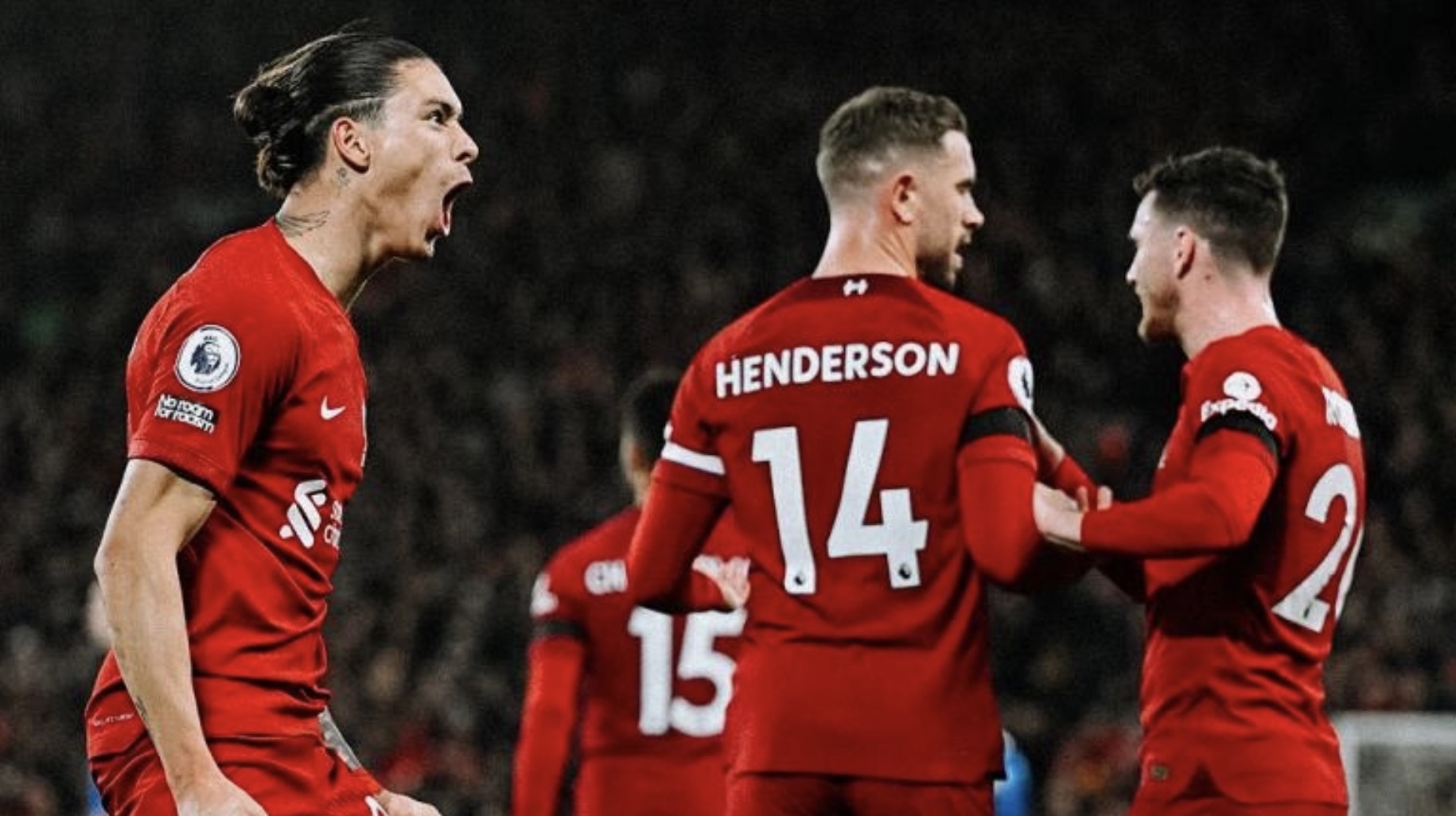 ‘It’s a funny old game’ has never been more apt than when describing a first half in which Liverpool found themselves 2-1 up, without a player in red scoring a goal. Instead, two own goals from the hapless Faes overturned the early lead his Leicester teammates had taken early in the game through Dewsbury Hall. Astonishingly, given the open, some might say, ridiculous nature of the game, 2-1 to Liverpool it remained.

Starting with Henderson, Elliot and Thiago in midfield, a trio that lacked both solidity and robustness, Liverpool looked vulnerable from the off. So it proved, as Leicester literally walked through the middle of the pitch inside ten minutes to take the lead. Undone by a long ball, and just one short pass, Alisson, so often the sides saviour in such moments, had no chance, as Dewsbury Hall bore down on goal. After similar incidents at Villa Park on Boxing Day, you might have hoped Liverpool had learnt their lesson, but alas, gaping holes continued to open up in midfield, and as half-time approached, Leicester looked favourites to lead after 45 minutes.

Less than five minutes remained of the half, when Faes gifted Klopp’s men first an equaliser, slicing a low cross below his own crossbar, before putting Liverpool in front. The second own goal, was a result of Nunez hitting a post with a chipped effort, before the Belgian, unable to sort out his feet running towards his own goal, deflected the ball off his knee into an empty net. Not only had he bestowed an undeserved lead on the hosts, but ultimately, he’d wrapped up three points for a grateful Liverpool side who were far from their best.

So two wins from two games over the festive period is a seasonal gift received with thanks. Brentford away on Monday provides a chance for a clean sweep of points from a congested Christmas fixture list as they enter the new year, but surely only if they tighten up at the back. They simply cannot maintain a run for the top four, whilst being so loose from middle to back, and whilst we all as fans love to see our club sign exciting attacking players, the need for another world-class CDM, to rotate with and accompany Henderson and Fabinho, is overwhelming.