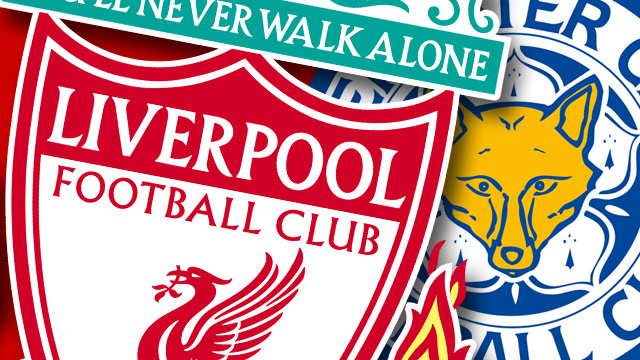 Seven games unbeaten on the trot as we currently lead the standings in the Premier League with just a small cushion of 5 points between us and Manchester City. Since the start of the UEFA Champions League in September, the games are beginning to come thick and fast and that has had a clear and obvious effect on the current squad.

After an extremely narrow win on the road last weekend against Sheffield United, we now host Leicester City on Saturday at Anfield in what is tipped to be one of our more crucial games in our challenge for the title. The Foxes currently sit in third place on the table and have taken a total of 14 points from their first 7 games. An outstanding achievement and one that should not be taken lightly this Saturday.

In recent seasons we’ve had mixed fortunes against Leicester. There’s been a mix of big wins, shocking losses and frustrating draws. Most recently were held to a 1-1 draw at home which turned out to be a huge 2 points dropped at the end of the season when we narrowly missed out on the big one by a single point. A win in that game would have resulted in a league title being brought to Anfield.

Let’s not dwell on what could have been. Compared to last season, the Foxes are much stronger than what they were. They’ve been galvanised by Brendan Rogers and look to be the team to break into the top 6; and, at this rate, possibly the top 4. James Maddison, Jamie Vardy and Youri Tielemens look to be the conductors behind this fearsome orchestra and are definitely the ones to watch at Anfield. After they hammered Newcastle United last weekend, a result at Anfield will solidify their claim to the top spots.

The current feeling at Anfield is strange. We are 5 points clear on top of the league, 7 wins in a row and have just recorded our first win in the Champions League for the season; but it just doesn’t feel right. With all this good happening in the club at the minute there are still some looming questions. How did we concede 3 goals against RB Salzburg at Anfield? How did we narrowly beat Sheffield United? Both of these questions are accompanied by explanations, rather than answers.

Two or three years ago, we would have lost against Salzburg after their astonishing comeback; but we didn’t. Two or three years ago we would have drew against Sheffield; but we didn’t. At end of the day, the 3 points is all that matters. No one cares that we lost against Red Star Belgrade in the group stages of the UCL last season. Why? Because we won the entire competition. No one will care that we narrowly beat Sheffield. Why? Because we won a game we looked like we were going to lose and stayed unbeaten and on top. Winning ugly is the sign of champions and hopefully these signs can come to fruition in the league this season.

With all that said, there’s a lot of work to do at Melwood with this current squad. Our passing has been wayward, our finishing has been sub-par and our defending has been hot and cold. Virgil Van Dijk went from an absolute masterclass against Sheffield last week to getting rinsed by Hwang of Salzburg in the Champions League. The man is obviously allowed to make mistakes and a couple of mistakes in an entire year is a record to gloat about, but even he knows he can do better.

We know our players are world class so any criticism seems to be harsh. We are still winning games whether the wins are convincing or not. 3 points is 3 points. It won’t take much for our glorious form to return in floods and when it does, I hope the rest of the league is ready for the red juggernaut.

Regardless of our current form, Leicester is a huge game. Let’s take the game to them. Let’s make it 8 wins in a row. Let’s make it 24 points on the trot. We are Liverpool!