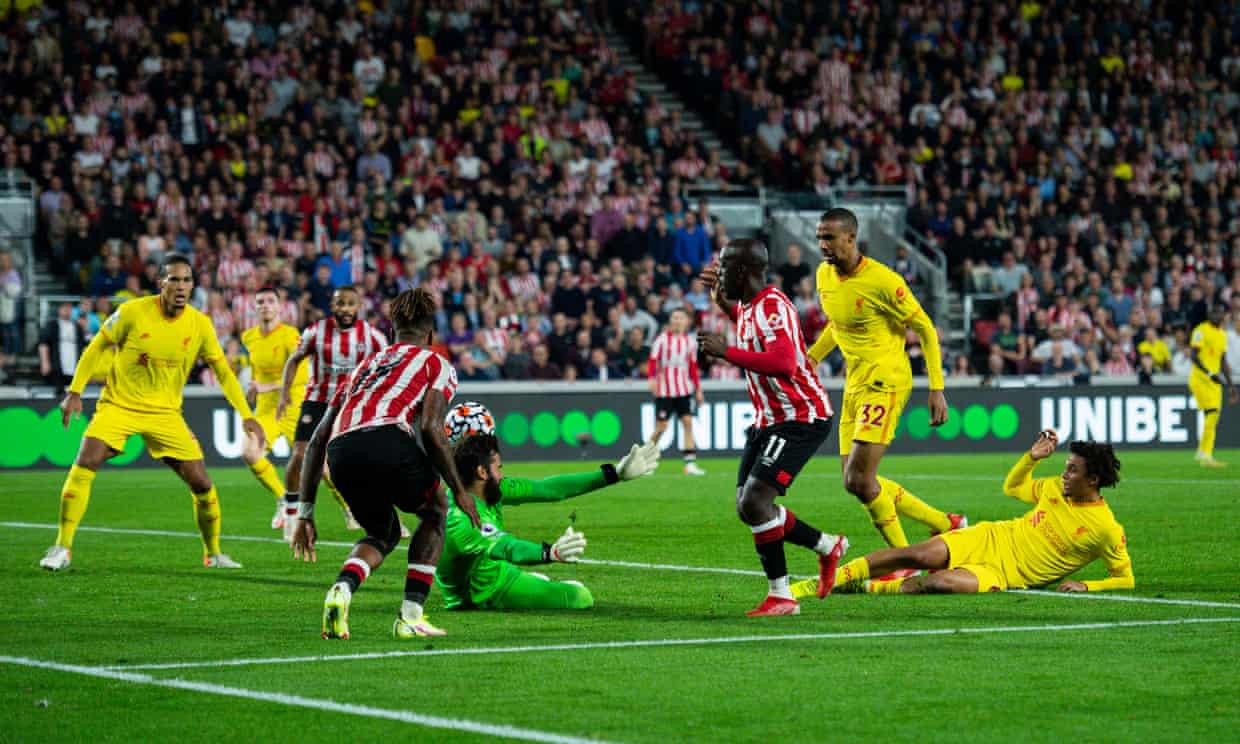 In a performance that took Liverpool to the top of the league, but one in which they twice surrendered a lead, there were some worrying signs. Brentford displayed an intensity and desire that too often Jurgen Klopp’s men failed to match.

I suppose a high scoring game was appropriate, for a match that saw goal-line clearances at either end inside fifteen minutes. That dramatic opening quarter-hour continued throughout a first half that saw Diogo Jota equalise, following a Brentford scrambled effort that every Liverpool player somehow missed, culminating in Fabinho apparently unaware of the danger lurking behind him. Yet that defensive lapse didn’t appear to wake Liverpool up. The whole of the back four continued to play as if surprised by the home team’s desire to hurry and hassle their opponents, as they continued to play on the front foot all over the pitch.

Having expected Klopp to read the riot act at half-time if he did, it didn’t appear to change the second-half performance. Whilst Mo Salah continued to prove his worth, with a deft close-range finish from a fantastic diagonal defence-splitting ball from Fabinho, Brentford never stopped believing.

The equaliser duly arrived, with Liverpool again sloppy in their defensive duties. Defensive duties that even our number four sometimes looked less than sure of, and one in which Robbo, in particular, struggled throughout. Unsure in both defence and attack, Scotland’s captain just never looked himself. Though to be fair, his passing and delivery was not much worse than Trent’s and Brentford were continually encouraged by Liverpool’s profligacy in front of goal.

At 2-2, it really looked like any result was possible, even after Curtis Jones thundered a drive into the roof of the Brentford net, following a fortuitous deflection, which restored Liverpool’s lead. A lead that should have been stretched when Salah appeared destined to score with a one on one opportunity, but was thwarted by yet another top save from the inspired Brentford goal-keeper.

The inevitable followed further missed opportunities to secure the three points, as Brentford again drew level. A mix up at the back post again providing the chance that the Bees were never going to miss. Yet even at 3-3, more goals looked likely, at either end, with nobody being surprised had it finished 4-4.

So Liverpool go top. Sadly by just one point, rather than the three that most expected. Perhaps that level of expectation seeped through to Liverpool. Maybe that was the issue. Complacency?