HomeViews and OpinionsLiverpool looking to burst forth in bumper October

Liverpool looking to burst forth in bumper October 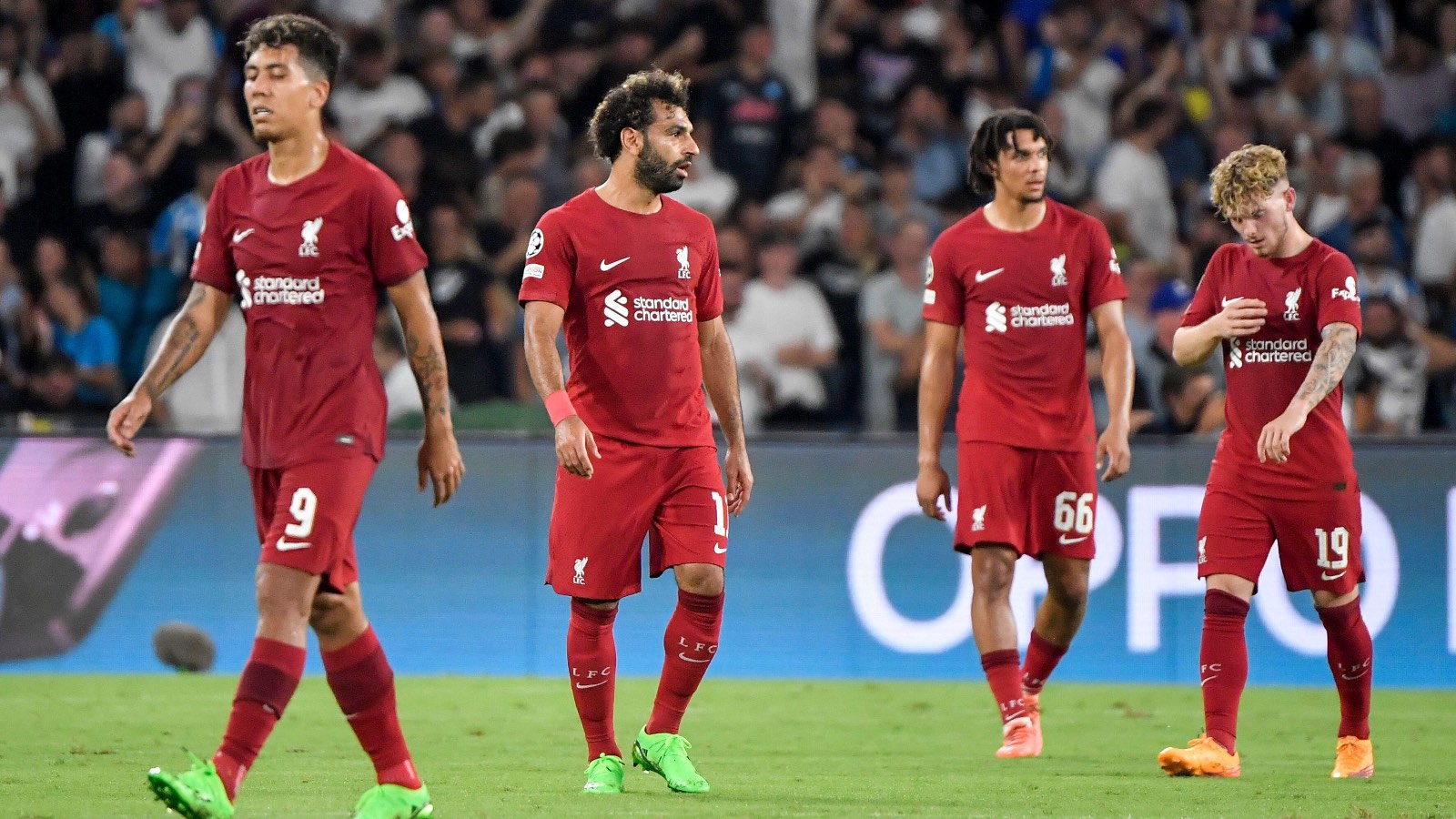 If the climax of Liverpool’s 2021/22 season was like a rogue script infecting a previously upbeat drama, then the premiere of the 2022/23 season has resembled a B-movie with a bunch of wooden actors.

On the face of it, nine points from six games isn’t dreadful. It’s just been very meh, especially when near perfectionism is needed to chase a team that simply refuses to yield when they are a nose ahead down the home straight. Not many football matches can afford to be drawn let alone lost in the rarefied air of 90-point plus hauls.

Their enforced hiatus – four weeks which has felt like four months -has been a welcome time for a reboot. The international break may just have been welcome for once even if it was spent in “the most senseless competition in the world”. (Jurgen Klopp )™

What was more worrying for followers of these Red men is the drop-off in key standards cemented to the very basic prerequisites of the Kirkby manual.

The 2-1 defeat against an even more vulnerable Manchester United underlined internal hiccups as James Milner entered a one-way, ahem, discussion with Virgil Van Dijk on the pitch. By the second week of September, the stats bods confirmed that Liverpool had been outrun by all seven teams they had faced this season. The Neapolitan meltdown was a slap in the face with a Gelato. How was this possible after the pizzazz of the Community Shield performance?

As football has become the least important of the most important things in the last 28 days, the Reds have had time to look at the Premier League prism through a different light after signing off with a crucial win against Ajax at Anfield. The twin towers of success are always defined as the EPL and Champions League. In essence, nothing else matters now because the domestic Cup double has stopped the conversation that Jurgen Klopp didn’t care much for the Tour of Britain knockout competitions.

Liverpool play 13 matches in the net six weeks before the World Cup. Klopp will undoubtedly call the real Reds to arms to ensure that Chapter 2 of the campaign is Intensity Unloaded. Just before the game against the Dutch, the German baulked at a journalist who asked whether the team had lost their rhythm. If ever there was an opportunity to get into a state of flow, the next month and a half presents exactly the kind of run that this side revels in.

Liverpool are made for the long haul, so this short-term criticism will not hurt as much as their frustration at not finding the gears that were automatic last term. Klopp is a fantastic creator of evergreen motivation. The last four years has been a supreme example of how to grow success and create new stories without ever overreaching. Their authority has been earned. They need to become the team that nobody wants to play again.

There has been so much talk about what Liverpool “lost” in recent weeks and months. The two big prizes escaped them. Hints of Sadio Mane’s departure overshadowed the preview to Paris. 2022/23 hasn’t started with the normal greyhound speed out of the traps.

If history tell us anything, it is that this team never runs away from the truth nor does it accentuate the negative. As Klopp always says, there are “no guarantees in life, only opportunities – let’s fight again’. It’s time to pick up the tools and go back to the coalface where they work best.