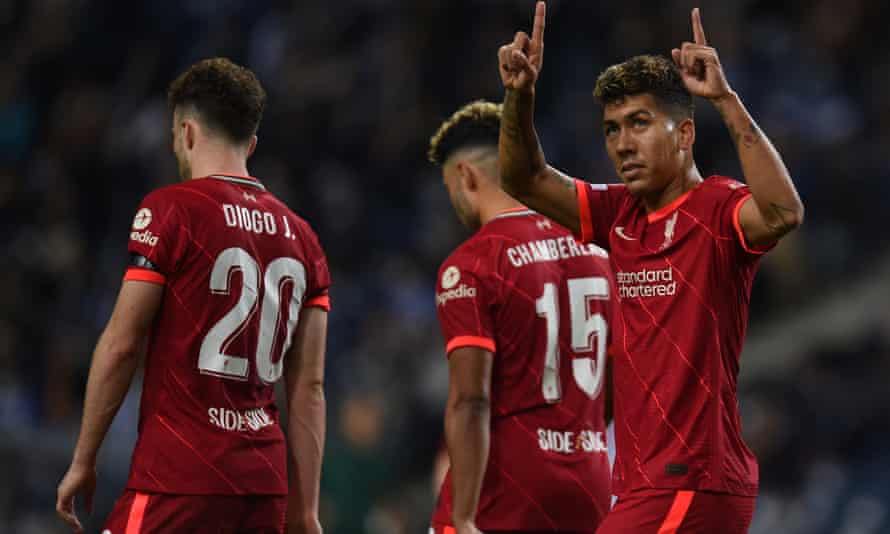 On the day we learnt of the sad passing of ‘Sir’ Roger, it was apt, that Mo Salah found the net not once, but twice, to help demolish Porto 5-1.

With Roger Hunt now able to resume his partnership with ‘The Saint’, they’d have both been looking down in certain appreciation of the quite remarkable feats of Liverpool’s Egyptian talisman. Having become the fastest of all Liverpool forwards to reach 100 goals, he yet again demonstrated his importance to Jurgen Klopp’s team, who must wish they could play this fixture on the Iberian coast, every season.

Having now scored 16 goals at the Estadio do Dragao in just three games, the only surprise about the scoreline was perhaps that Liverpool only scored five. Make no mistake, had it been double that, the utterly woeful Porto, couldn’t have complained. Indeed, rarely has a team been so completely outplayed on their own ground, in the entire history of the UEFA Champions League.

With Mo having put Liverpool ahead from a tap in, following the first of many inexplicable errors from the Porto goalkeeper, Sadio Mane doubled the lead just before half-time. Once again, it was thanks to the hapless keeper that the away side went two-nil up, with Milner’s cross allowed to bypass both the Porto defence and a goalkeeper who appeared to actually recoil from the ball as it passed by, leaving Mane, who still lacks the spark of previous seasons, to guide the ball over the line with his left foot.

The second half began with another Liverpool goal. Salah again stroking the ball home from close range, before a ‘keystone cops’ moment that led to substitute Bobby Firmino scoring the first of his brace. A through ball played barely into the Porto half, saw the goalkeeper racing out of his area, and with the defender appearing to be distracted by the calamitous goalkeeper, Bobby stroked a relatively weak shot into an empty net. Though quite how the goalkeeper failed to get back to his goal line in time to clear the ball, that barely had the momentum to trundle over the line, was mystifying.

With four goals in the away column, the only shock of the game was that Porto, in their only real attack worthy of the name, had scored. For a second, but only a second, it looked like this may have precipitated a quite remarkable comeback, but with Bobby soon after Porto’s headed consolation goal, completing the scoring from six yards, with the ball falling to him following a shot that deflected into his path, the scoreline took on a humiliating look for the Portuguese Champions.

So Liverpool have six points from six, in a group that on paper looked difficult to predict. Back to back games versus Atletico Madrid follow, but Klopp’s men will surely progress from a group in which the once mighty AC Milan have yet to register a single point.