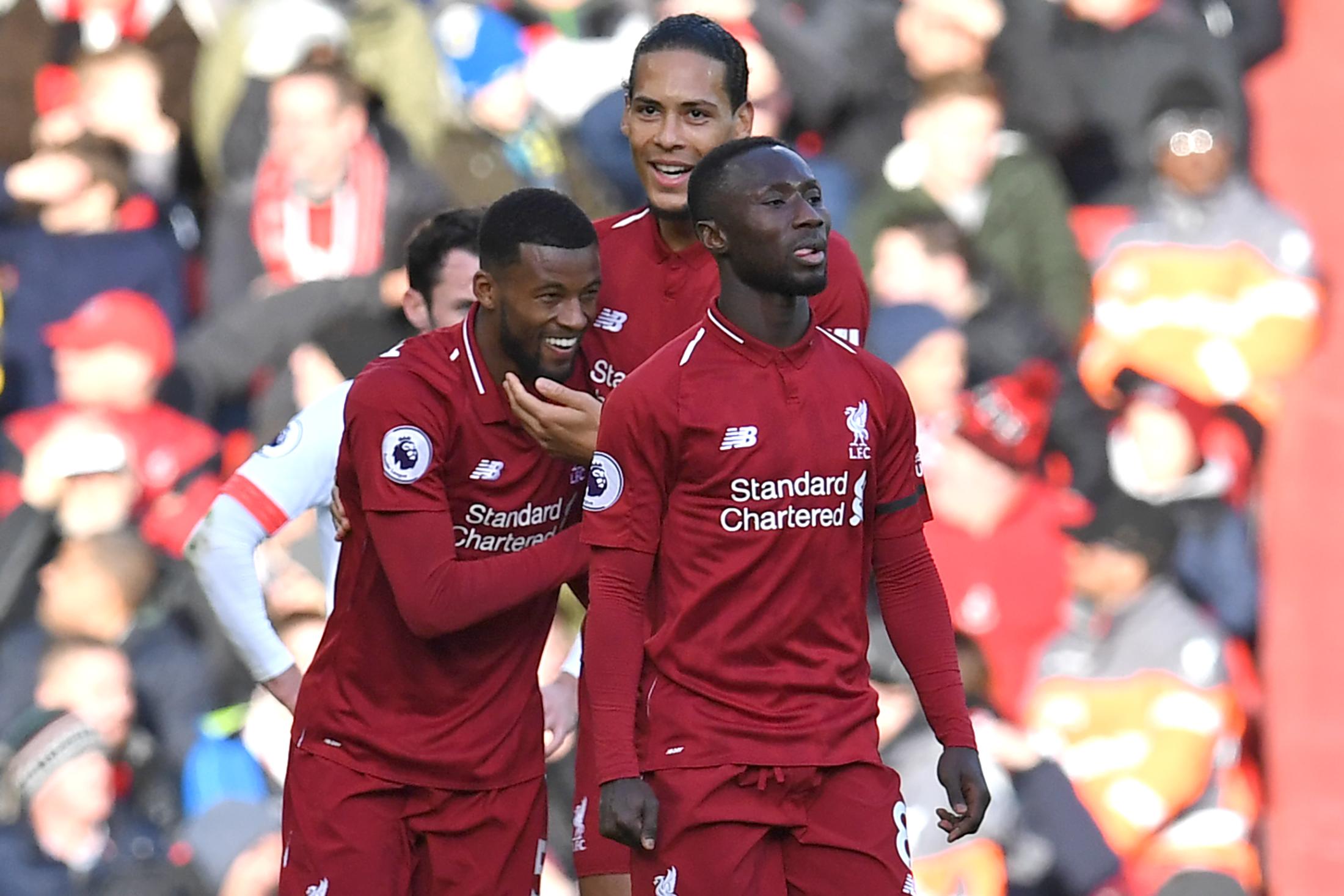 Ups and downs with stutters and stammers, stuffing Cherries but drawing against the Hammers. Bad news as the defence goes “pop”, now Joe Gomez now needs an op. City have closed the points gap, now Liverpool are thinking “Holy… Cod!”. The Good, The Bad The Ugly, another week reviewed at the world’s favourite football club – Liverpool FC…

Goals from Sadio Mané, Gini Wijnaldum, who was declared fit shortly before the game after spending a night away from the team due to illness, and a tap in from Mo Salah was enough to give Liverpool the points. The hosts were not to be denied, even after a spirited start from Bournemouth.

Once Mané had put Liverpool ahead on 24 minutes, Bournemouth new the writing was on the wall – likely a number followed by a zero, given their total lack of goal threat. By the time Anthony Taylor had blown for half-time, Wijnaldum scored with a deft lob over helpless Cherries ‘keeper Artur Boruc. The Dutchman has shown his worth this season with some solid midfield displays and was sorely missed in the previous game against West Ham.

The second half was no more than 120 seconds old when Salah scored his 20th of the season after a dazzling combination between Roberto Firmino and the improving Naby Keita. 3-0 and to all intents and purposes, game over.

Reds Back on TOP! 🔴🔴🔴 Glad to be back and score my 2nd goal of the season. Also very proud to be rewarded as Man of The Match!! Thanks for all the support 🙏😃💪🏽#LIVBOU #LFC #LiverpoolFC pic.twitter.com/hiMKwz7Hwt

The draw to West Ham United at the beginning of the week. Should the Reds not win their first League title in god-knows how many years, this will go down as one of the defining moments. Despite taking the lead against the Hammers through the irrepressible Mané after 22 minutes, Liverpool surrendered the lead to a Michail Antonio effort, less than 10 minutes later.

In a game where James Milner started at right back in place of the injured Trent Alexander-Arnold, Liverpool clearly up against it as – despite his experience, Milner is no defender. A rusty-looking Joel Matip filling in for Joe Gomez. The ageing Adam Lallana deputising for the solid Wijnaldum. One had the suspicion the Reds would have their work cut out in this game. Oh, how Jürgen Klopp must rue letting Nathaniel Clyne go to Bournemouth on loan.

To be fair, former Manchester City Manager, now pulling the strings at the City of London Stadium, Manuel Pellegrini had reason to feel aggrieved as Mané‘s opening goal did appear to be marginally offside. And by marginally I’m talking wafers here!

Fact is the goal stood and this is something every team suffers (and gains) from over the course of the season. All things considered, West Ham were well worth the point and could even have won had they had better luck in front of goal. Their 13 shots on goal versus Liverpool’s 11 with only a quarter of the possession (27%) shows what could have been.

As things stand, Liverpool now trail Manchester City only by goal difference but retain a game in-hand. The six-point cushion between them and the Citizens at the turn of the year has all but evaporated in front of our very eyes.

Manchester City undoubtedly have a stronger squad and first choice players than Liverpool. Jürgen Klopp now has the unenviable task of keeping his players focussed toward the final run-in. City have the benefit of experience. Liverpool, the benefit of Klopp’s beating chest.

The crucial game thus far was, for me, the game at the Etihad stadium where City won 2-1. Had Liverpool won that, the title race would have been all but over. As it was, 11mm separated the teams. A nine-point lead would have been close to unassailable.

There’s no doubt Liverpool now have it all to do. Psychologically, this must affect them. It’s all very well being brave and saying there are lots of games to go. The point is that the Blue half of Manchester are now breathing down their necks. Bad breath apart, this can’t be good for the mind.

So to close for another week, it’s all still to play for. No league titles are given out in February a wise man once said. Or did he say March? The point is, there are still three months and 13 games left to play. Game on!

Graeme Souness sets Liverpool a daunting target as they aim to stay ahead of Man City in the title race https://t.co/2FR7SnDKE5 #LFC #MCFC pic.twitter.com/4kXzaBiHJb