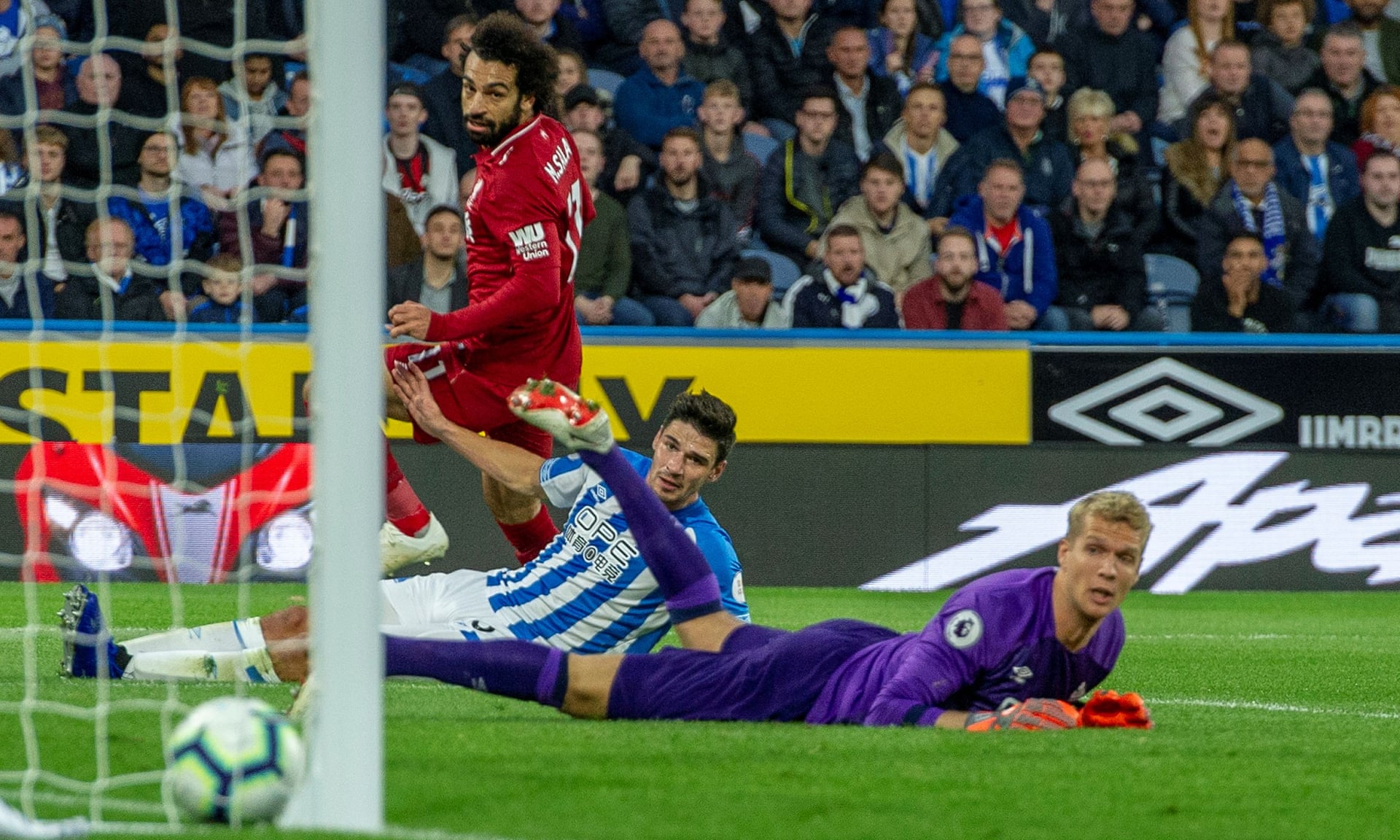 The Reds won despite being out of sorts, Salah scored and Lallana tore his shorts. With the modern game demanding more and more, is it wonder players struggle for form. Another ex-player has his say, defending a keeper that had a bad day. The Good, The Bad, and The Ugly, another week reviewed at the world’s favourite football club, Liverpool F.C.

Saturday’s performance against Huddersfield Town. It wasn’t pretty, but it was three points nonetheless. We’ve all said it that on occasion, a team – especially one with title aspirations, needs to grind out results. On Saturday, Liverpool did exactly that.

Sadio Mané and Naby Keïta we’re both unavailable due to injuries they sustained on international duty. Mo Salah and Jordan Henderson we’re both declared fit, whilst Adam Lallana made his first start and second appearance of the season.

Xherdan Shaqiri put in a good performance and provided the assist for Salah’s textbook finish on 24 minutes. The Swiss international and Virgil van Dijk put in the most notable performances against a spirited and resolute Terriers side which belied their 19th position in the 20-team Premiership.

Much has been made of Saturday’s performance although personally, I believe it’s what the team needed after a tough run of games in October thus far. Sometimes we just have to take a win, no matter how scrappy it comes about. As Jürgen Klopp said after the game “I prefer the spectacular way, but I would take that today completely”

GET IN!! It wasn’t pretty but it’s all about the three points! 🔴#HUDLIV https://t.co/PuBThl5zcI

How jaded Liverpool looked on Saturday. Yes, they won in the end but what was noticeable, was the hard work they made of it. In view of this, it makes the win even more remarkable.

Klopp also mentioned the time difference that is always seemingly overlooked as an after-effect of an international break. And, to be fair, the man has a point. Mané and Keïta played for Senegal and Guinea respectively, both an hour behind the UK time. Alisson, Roberto Firmino and Fabinho all travelled to Brazil a sleep-busting four hours behind.

Trent Alexander-Arnold, Joe Gomez and Henderson all travelled to Croatia for a game in someone’s back yard (well, it was a “behind closed doors” event so as good as). That’s just a few players without even considering the travelling.

Gareth Southgate opined last week that the Premiership season started too soon. Given the extended World Cup commitments of those players involved, the players have arguably not had enough rest from which to recover.

In my opinion, it’s no coincidence the stand out performers so far this season include James Milner, Andy Robertson, Joe Gomez and Van Dijk who weren’t involved in this years finals. Salah, Mané, Firmino, Henderson and Alexander-Arnold have all struggled somewhat this term.

Should Liverpool go on to win the league this season, these are facts that will make it all the more remarkable. Should they not, then it’s clear that one month’s break over two seasons is not sufficient.

Not exactly ugly, just annoying. Another ex-player speaks out. This time against the club’s (Klopp’s to be more precise) handling of Loris Karius after his nightmare Champions League final performance.

Ex-Liverpool ‘keeper Bruce Grobbelaar, who made over 600 appearances for the Reds over a 13 year spell felt the manager should have stood by his compatriot. “…The first thing that must be done when a keeper makes a howler like Karius did is to go and support him”

What Brucie seems to overlook though is that having signed Karius from Mainz 05 in 2016, the 25 year-old proved less than convincing.

His run of games in the second half of last season was his chance to prove himself. Which sadly, he couldn’t. In the ensuing months, it was clear that he’d been hugely affected by the events of the final. I don’t believe Klopp could have stuck by Karius, given the expectations for the coming season.

We all have our opinions on how Karius should and shouldn’t have been treated. In the end neither you, I or Grobbelaar will take the flack if the situation happened again. Thus it is, what it is.

I have tremendous respect for Grobbelaar and that’s why I wouldn’t knock him. Anyway, his new book Life in a Jungle is on sale now from all good bookstores (as the saying goes). It’s likely a good read!