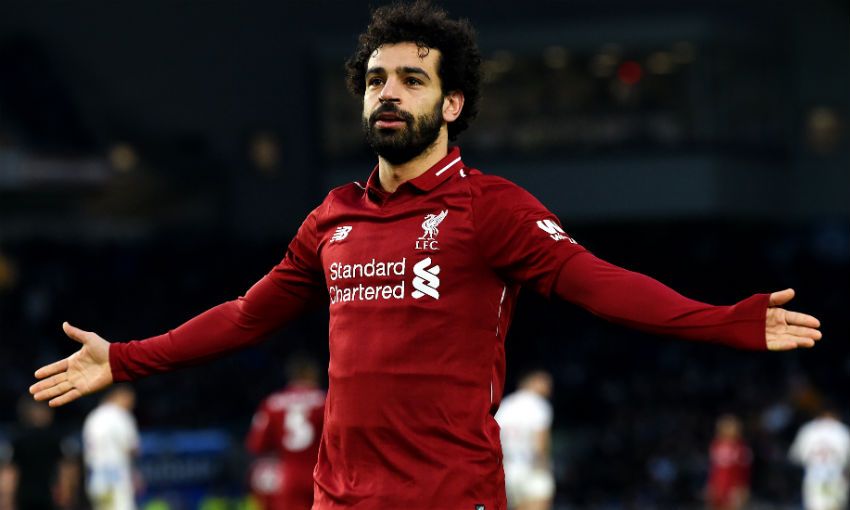 A slim away win, for those in red shirts, the three points definitely won’t hurt. With defensive options now threadbare, could Klopp be one injury away from despair? A former attacker who engineered his transfer, only to find it’s not what he asked for. The Good, The Bad and The Ugly. Another week reviewed at the world’s favourite football club Liverpool F.C.

Returning to winning ways after last week’s high profile defeat to Premiership rivals Manchester City. Liverpool were able to break down Chris Hughton’s stubborn Brighton and Hove Albion side to notch up another three points.

Mo Salah rifled home a 59th minute penalty for what turned out to be the only goal of the game. A game that could best be described as one of cat and mouse. Liverpool the wily tabbies, were given the run around by the mice of Brighton. Sitting deep and resolute behind the wall and dodging the prodding paws of the Reds.

The hosts offered very little going forward and their lack of a goal on target throughout the 90 minutes tells its own story. A first half that saw Liverpool hog possession gave way to a second half that started to open up as the visitors applied more pressure.

Jürgen Klopp described the performance as “mature” and praised the fact that the team were not as childish as they’ve been in past performances. True!

“We know we can control the game and we are not that childish anymore.” Jürgen Klopp post-match

The apparent lack of defensive cover in the squad. Yes, you could say I’m overreacting because the team still won, albeit with three central defenders out injured in Joe Gomez, Joel Matip and Dejan Lovren, but the fact remains.

Had there been a similar situation in midfield, then It’s conceivable yesterdays’ makeshift central defender Fabinho could well have been unavailable to slot in. Yes, the Brazilian has played the position before in his Monaco days but it’s certainly not his natural spot.

To be fair, he was rarely troubled and in fact, put in a solid display alongside Virgil van Dijk. Which brings me on to my main point.

Should there be an injury to van Dijk, then Lord only knows where the team would be. Joe Gomez, although mature beyond his years, is far from the finished article. Matip is more injury-prone than a stunt man, and Lovren… well, you get my point.

There’s no doubt defensive cover is needed. Even if it’s an ageing ex-England international or another promising youngster. In my opinion, Klopp could do worse than make a few enquiries whilst the transfer window remains open. Both Matip and Gomez are due back imminently but should the big Dutchman fall, then it’s surely going to be squeaky bum time for the manager, the team, and the fans.

Well, more laughable to be fair. Speculation has been doing the rounds this week (likely a desperate agent) that Phillipe Coutinho could make a returnto Liverpool, or even a rival for that matter. After manoeuvring and injury-feigning his way out of Liverpool, the little Brazilian is now upset at not getting a regular start.

Barcelona boss Ernesto Valverde has figured out that cutting in from the left to shoot on his favoured right foot, or dazzling sub-standard defenders isn’t much use in La Liga. In addition, the fact that his character and attitude are questionable, it’s likely that Valverde has seen clean through him.

When all is said and done, he’s gone and LFC don’t need him. There’s more than enough quality – evidently on current status – to do without him. Good riddance to bad rubbish in my humble opinion.

Next up Liverpool host Crystal Palace and ex-Reds manager Roy Hodgson to Anfield. After that, there’s an 11-day break before the visit of Leicester.