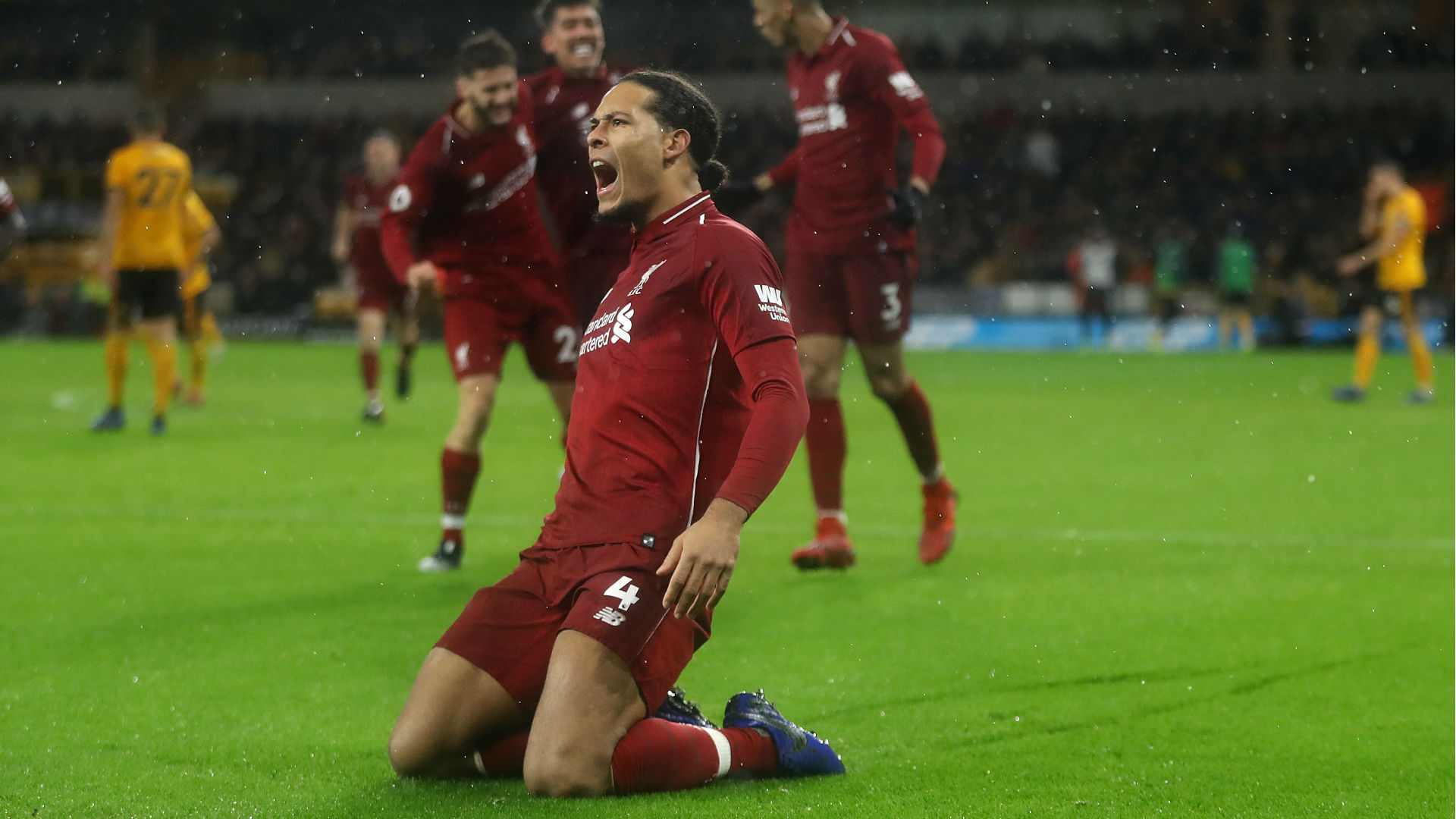 The Reds maintain their winning habit, whilst City go down at home to Palace. The business end of the season is approaching fast. The question is, can the Reds last? All that’s left to do this year, is enjoy the season of festive cheer. The Good, The Bad and The Ugly – Christmas week review at the worlds favourite football club, Liverpool FC.

Liverpool starting off the Yuletide program with a win away to Wolverhampton Wanderers. The 0-2 score line betrayed the effort that Jürgen Klopp’s team put in. In the end, goals from Mo Salah and Virgil van Dijk were enough to seal the points.

Klopp praised the “perfect football” at a rain-soaked Molineux which made for tough footballing conditions. However, you can’t keep good men down and Salah was able to tap in a cross from the increasingly impressive Fabinho. The points were wrapped up when van Dijk was able to latch onto Salah’s centre in the 69th minute. Game over.

Overall it was a deserved win, and another clean sheet to-boot. Liverpool remain unbeaten and and have kept the opposition out on more occasions than any other team so far this season – 11 in total.

Well, not bad for Liverpool but bad for the challengers. An intriguing weekend was had in the Barclays Premier League. Chelsea and Manchester City both lost. 0-1 and 2-3 respectively. What was more curious was that both lost home games against opposition they’d be expected to beat.

This by no means guarantees Liverpool of anything but it does make the whole competition more open. It was only a couple of weeks ago that both sides looked invincible. Raheem Sterling and Eden Hazard we’re both scoring for fun.

City and Liverpool were like two heavyweights trading blows in the eighth round of a championship fight. Just one measured punch, or indeed a hopeful haymaker would mean lights out for the opponent.

We’re now entering the crucial part of the season where titles can be won and lost. Leading at Christmas can be both a charm and a curse. Liverpool have been here before remember, and lost out of both occasions. Will they make it third time lucky?

As we tuck into the turkey on Christmas Day, the Reds are leading the Premiership by four (yes FOUR) points. This is dreamland! Most fans will agree, Liverpool are good value for their lead, too. Newcastle roll into town on Boxing Day, with ex-Boss Rafa Benitez in charge. Every game between now and May will be a decider for Liverpool.

They simply cannot take their foot off the gas. I’m enjoying every minute of this current season. This is the best, most complete Liverpool side for some time. Easily better than that of Brendan Rodgers, who’s defence was always one kick, slip or shirt tug away from implosion. I remain quietly confident that they can continue against Newcastle at Anfield. I have to be. My fellow Reds supporters, we all have to be. Like the team that Klopp has assembled.

So my only remaining job is to thank you all for following this year and of course, wish you and yours a very Merry Christmas and a safe, healthy and wealthy 2019. Bring it on!