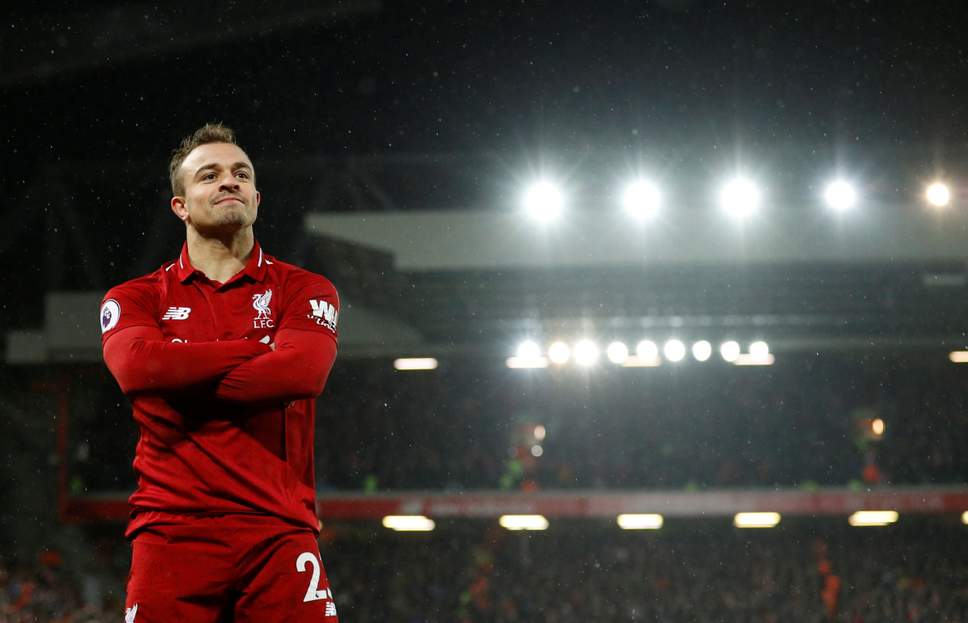 Liverpool defeat Napoli one-to-nil, for a place in the last 16 to steal. Manchester United came to town, only to be given the run-around. For now Klopp’s men are top of the pile, and go into the festive period in style. The Good The Bad and The Ugly, another week reviewed at the world’s favourite football club, Liverpool FC.

There can only be one thing for me and this is the trouncing of Manchester United at Anfield on Sunday. What an absolutely stonking way to bring the weekend to a close. Liverpool have (seemingly) always lost to the Red Devils – at least in the league anyway.

With that in mind, the victory was sweeter than most. Liverpool were simply too good for their visitors. The sight of Sir Alex Ferguson shaking his head in the crowd implied that he felt the same way.

Klopp said before the game that his team needs to be “angry”, and they were. Far too angry for their visitors. The Reds simply overran their arch rivals in every department for 90 minutes. Liverpool were the superior side.

A surprise nod for Nathaniel Clyne, who hadn’t started a game in anger since May. The plaudits went to Xherdan Shaqiri who’s two goals (albeit both deflected) sent the home fans into raptures. The Swiss national gave Liverpool that little bit of strength – and luck – that was missing with Naby Keïta. There was someone even more deserving though.

Fabinho again, was on top of his game and had a lovely assist for Sadio Mané’s opening goal. The 25-year-old was voted the BBC Man of The Match and was well worthy of the accolade. He is beginning to show his class now and the time spent to ease him into the English game as well as I still Klopp’s clear approach has paid dividends.

How poorly Manchester United played on Sunday. Let’s get this straight, I don’t… repeat don’t, feel sorry for them but this team was a shadow of those that have thwarted Liverpool at home so many times over the years.

I love sport. I love football. Mainly because I love the challenge. One man/team putting their wits against another. On a day anything can happen. However against United, you felt as if that “day” is a long, long way off. Either that or the “day” the United dog had is long gone.

Liverpool are now the only unbeaten team this season after 17 games. Something I never thought I’d be saying. Despite that, they remain just one point ahead of Manchester City in second. This just shows how tight the title race will be this season. Jürgen Klopp’s team has answered all questions asked of them so far. The dreaded festive period awaits.

In addition, Liverpool have qualified for the Champions League knockout stages, following that 1-0 win against Napoli last Tuesday. As a reward, the team will travel to Klopp’s homeland to face Bayern Munich. This will be a BIG, BIG match. However, in this current Liverpool side, I have immense faith. Let’s see how well they do.

in all honesty, I’d have preferred one of the lesser names, such as Schalke or Lyon. However, perhaps a big name opponent will bring out the best in this Liverpool side. It’s all to play for in any case.

Up next, Liverpool travel to the midlands on Friday to take on strugglers Wolves. On Boxing Day, we host Newcastle and do you know what? I’d love it if we can get six points from these two.