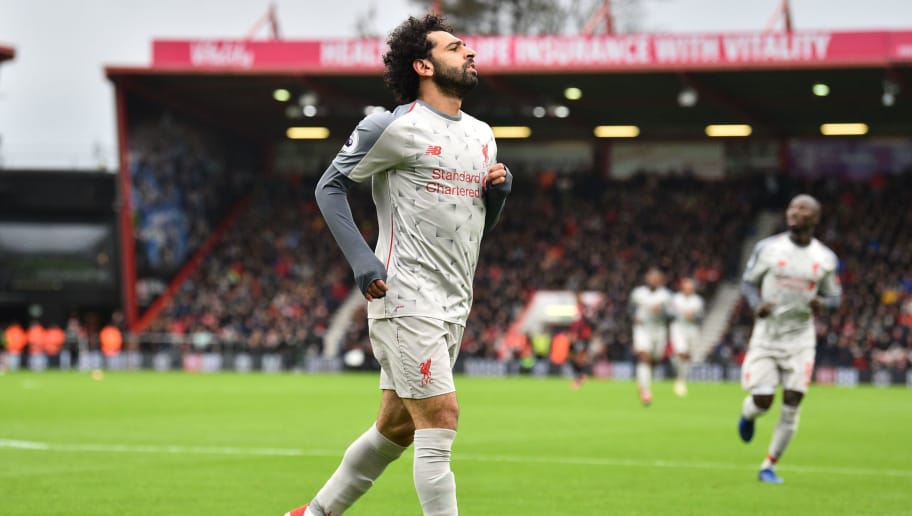 The Reds are two points clear at the top, as the Manchester City bandwagon goes pop. The Cherries are well and truly picked, a timely hat-trick from Salah as the team clicked. A win in midweek with a tough comeback, despite the Burnley chop and hack. The Good, The Bad and The Ugly. Another real reviewed at the world’s favourite football club… Liverpool FC.

Maintaining the winning form to profit from Manchester City’s loss on Sunday. Beating Bournemouth may not seem like a tough task to this Liverpool side right now, but win they did. With injuries to Sadio Mané, in addition to Joe Gomez who sustained a broken leg in the midweek wrestling match at Turf Moor (see the Ugly), Jürgen Klopp was forced to start Xherdan Shaqiri and Joel Matip respectively. James Milner was shifted to right back in place of Trent Alexander-Arnold who took a place on the bench.

That didn’t hinder the performance though. A Mo Salah hat-trick and an own goal from Steve Cook gave the visitors the points to take them to the top of the Premier League. The Egyptian showed his class by giving his Man of The Match award to James Milner. The captain celebrated his 500th career game on Saturday.

It’s been a tough week for Liverpool and I’m pleased that they’ve been able to maintain their form going into the final Champions League group game and the holiday period. Klopp has started to rotate his squad and over the coming weeks, it will be tested to the fullest I’m sure.

Apart from Milner and Salah making the headlines on Saturday, I think special mention should be mad for Naby Keïta and Fabinho. Both have come in for criticism since joining in the summer. However, their recent performances have shown just what welcome additions they’ve been to the Liverpool squad this season.

"Dynamism in midfield had previously been an area of concern but no longer. At a pivotal stage of the season summer signings Naby Keita and Fabinho have stepped up and joined the party." #LFC https://t.co/3cqbobVAUf

Keïta’s performance in midweek was just total quality and worthy of being voted the Man of The Match. His dynamism has been truly missing from this squad. He is now getting back to his best after a few injuries early in the season kept him out of the team.

Fabinho also is starting to look like a regular in the making. He still needs to improve his timing on occasion with some dodgy tackling, but overall he’s looking like a very strong holding midfielder. Was he worth £40m? That’s a tough one to answer at the moment as he’s only recently arrived. That said, he’s going some way to justify bringing him in at least, and that’s always the first step, for me.

The hypocrisy of Sean Dyche after the midweek game against Burnley. I can’t for the life of me see how he can make allegations of cheating from Daniel Sturridge. Having clearly sent his team out to make the game as physical (or brutal) as possible.

“I don’t think there are many fans in this country that want to see tackling go out of the game.” – Burnley manager, Sean Dyche.

Yes, it’s clear Sturridge tried to swing the lead during the game on Wednesday, but one thing he didn’t do was to harm a fellow player – whether intentional or not. Joe Gomez will now be out of the team until the new year. I struggle to see how Dyche has no more to say other than, there were some “excellent challenges” during the game.

When they result in a broken leg, I wouldn’t describe them as excellent. The Burnley boss went on to say, “I don’t think there are many fans in this country that want to see tackling go out of the game.”I’m not sure about that. I’m sure they would if it resulted in their best players getting their legs broken.

Up next we have another jam-packed week ahead. A crunch Champions League match against Napoli on Tuesday and then a game against some team called Manchester United next Sunday. Nice!