Liverpool caught cold at the Cottage 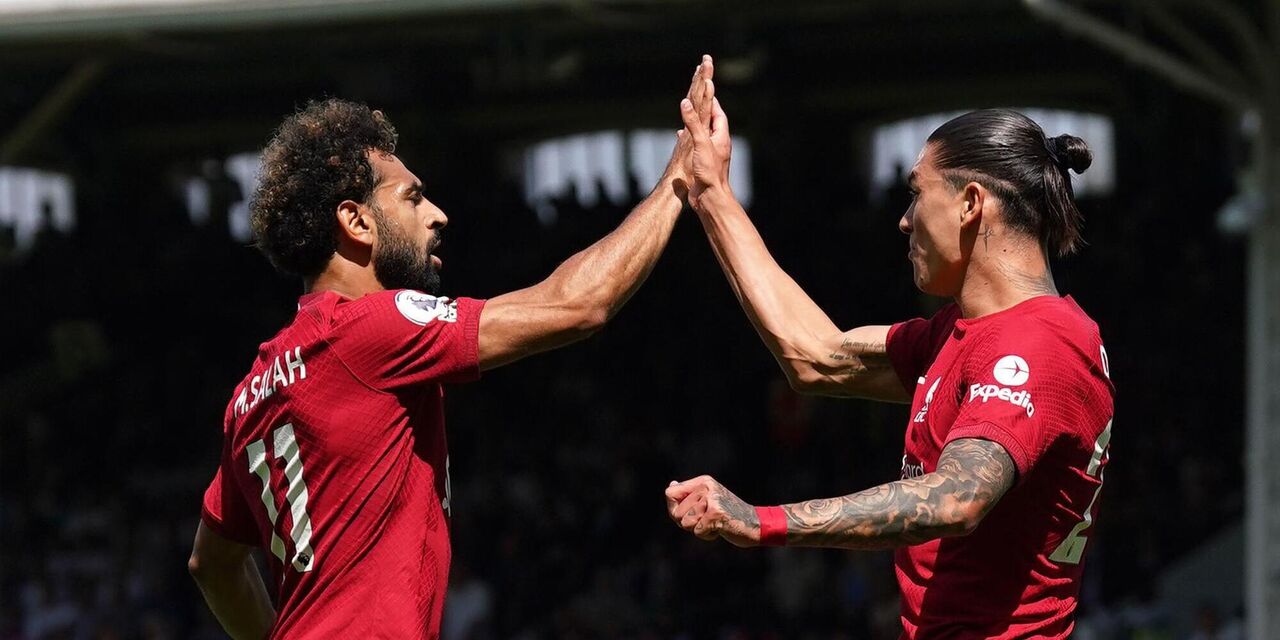 Mo Salah’s sixth consecutive opening day goal saved Liverpool from defeat by a Fulham team, who’ll surely consider they deserved all three points. Liverpool looked leggy, entirely off the pace of the game, and were slow in deed and thought throughout. Klopp was quite right to say post-match, that ‘the best thing about the game, was the result.’

Starting with Darwin Nunez on the bench, and bar Alisson, the same starting eleven that defeated Manchester City in the Community Shield, Liverpool seemed surprised by the intensity of newly promoted Fulham. From the first whistle, and with the Craven Cottage crowd vociferously behind them, Marco Silva’s charges dominated a Liverpool team, who barely put together any meaningful passes in the opening half.

Fulham were first to the ball, sharper and more determined in the tackle, more willing to run and close down space, and undoubtedly warranted their lead after half an hour. With the home side winning almost every challenge, it was no surprise that the outstanding Mitrovic rose highest to head home a deep cross, that eluded Trent at the back post. Indeed, Liverpool were fortunate to be just one down at half-time, with their best opportunity coming from the strangely subdued Luis Diaz, who hit the post with a rasping left-foot strike.

The only surprise about the opening exchanges of the second half was that Jurgen Klopp had made no changes. A situation rectified as early as the 50th minute, as Thiago, who’d been on the end of some robust tackles throughout, hobbled from the pitch with what looked like an issue with a hamstring. A turn of events that may well see Klopp make one more foray into the transfer market.

Thiago’s departure for Harvey Elliot also led to the introduction of Nunez. This was a change that surely should have come at half-time, particularly with Bobby being so ineffective and sloppy in possession, and the travelling Kop saw the Uruguayan striker score his first Premiership goal in the 64th minute. A cute flicked finish this time finding the back of the net, after a similar attempt minutes before failed to hit the target.

Anyone expecting the equaliser to inject greater composure and control into Liverpool’s performance was soon disappointed. Despite Diaz going close once again, and Fulham looking a little shaken by the equaliser, they were soon in front for the second time, as the usually imperious Van Djik tripped Mitrovic in the box. Despite protests from Liverpool, it was a clear penalty, and the record Championship scorer completed his brace from the spot.

The evergreen James Milner, who’d earlier replaced Fabinho, was by this time bellowing instructions to the red shirts around him, and had undoubtedly brought some steel to the midfield. Carvalho had also replaced Diaz, striking a right-footed volley over the bar, as Liverpool pushed for a second equaliser, which came with barely five minutes remaining. A mix-up in an otherwise superb Fulham defence, led to a tap-in for Salah.

There was still time for a winner, and Fulham were as likely to find it as Liverpool. It was though Liverpool who came closest, with Jordan Henderson, who later admitted that his team were ‘lethargic’, crashing a long-range effort against the bar, as the 90th minute approached. Five minutes of injury time led to little, and the final whistle was probably greeted with greater disappointment by Fulham, who on another day, would surely have taken all three points.