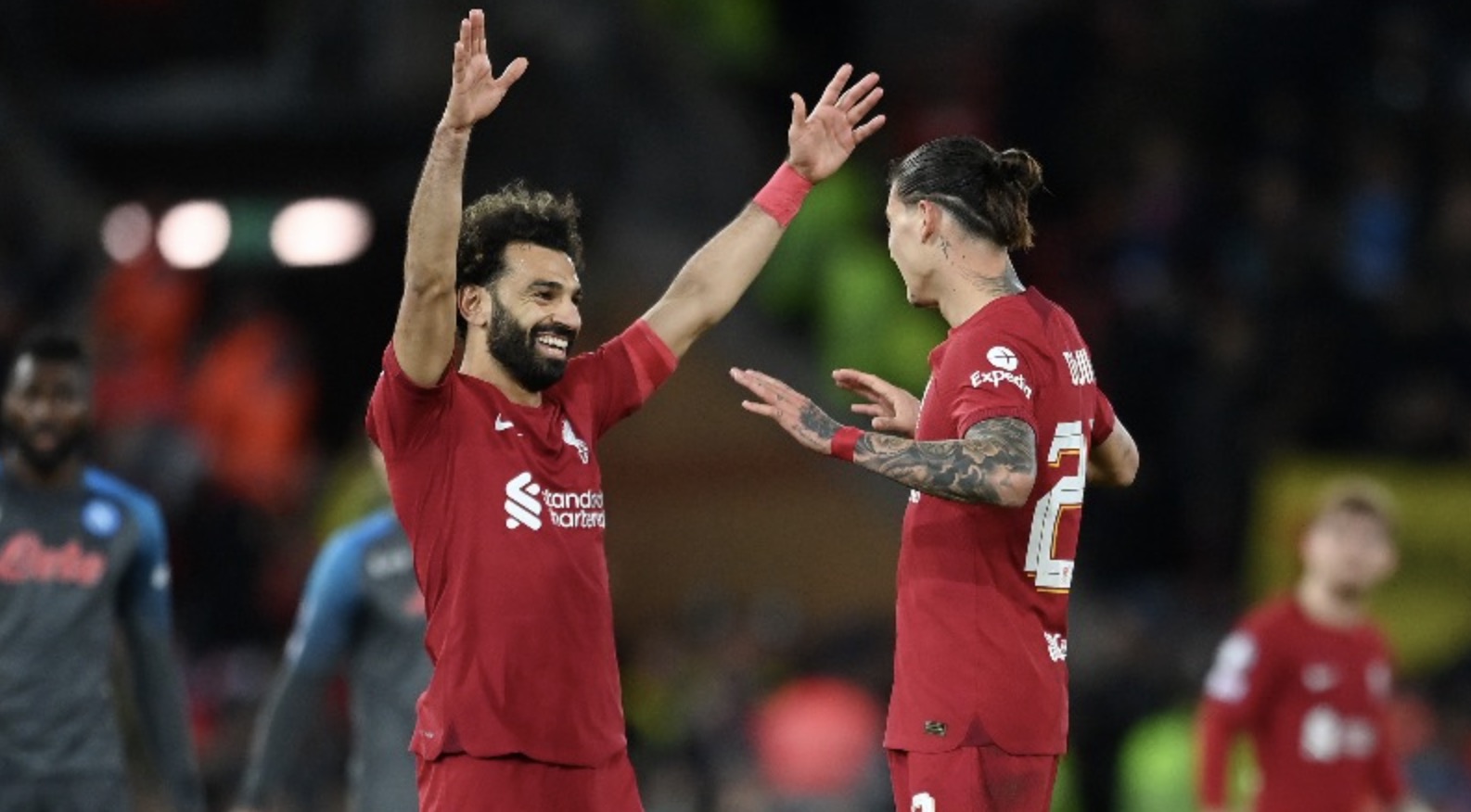 In truth, this was a game of little consequence, in which very little of any consequence happened, until the final ten minutes. Mo Salah poking him a parried header from late substitute, Nunez, in the 85th minute, before Nunez benefited from a parried header himself, again following a corner, this time in the 97th minute, for a 2-0 victory.

Needing to win by four clear goals to top the group, Liverpool, although more solid of late, never looked likely to find the goals necessary to topple Napoli from the summit of group ?. With a midfield of Jones, who again failed to impress, Thiago, whose first half shot was easily stopped by the Neapolitan goalkeeper, and Fabinho, still struggling to find the form of old, Liverpool continue to lack mobility, and sufficient guile.

With both managers opting for strong line-ups, the match was always a close contest. Napoli, top of Serie A, neat, tidy, and controlled in their football, though creating little, we’re seeking to extend a 13 match winning run. Liverpool meanwhile, needed to shake off two recent debilitating Premier League defeats, and perhaps their tentative display betrayed their recent form.

The lack of significant first half incident, was matched by much of the second half, punctuated by a Napoli goal ruled off-side, eventually. It frankly beggars belief, that it took VAR nearly four minutes to determine an obvious off-side, with it taking almost as long, late in the match, to rule that Nunez was on-side. We’re promised that VAR will soon be speeded up. Let’s hope so, because the interminable wait we so often have to endure, is sucking the drama out of football.

So Liverpool finish second in their group, meaning they could face Real Madrid, or perhaps, Bayern Munich in the New Year. Maybe by then, after the World Cup, Klopp’s men will have rediscovered their mojo.

Thankfully, Salah continues to find the back of the net, whilst Nunez also has that happy habit. A few youngsters, including Ramsey at right-back, also gained some valuable minutes, though a Liverpool performance wouldn’t be complete without an injury. James Milner this time, leaving the pitch to be replaced by live wire Harvey Elliot, with a suspected pulled hamstring.