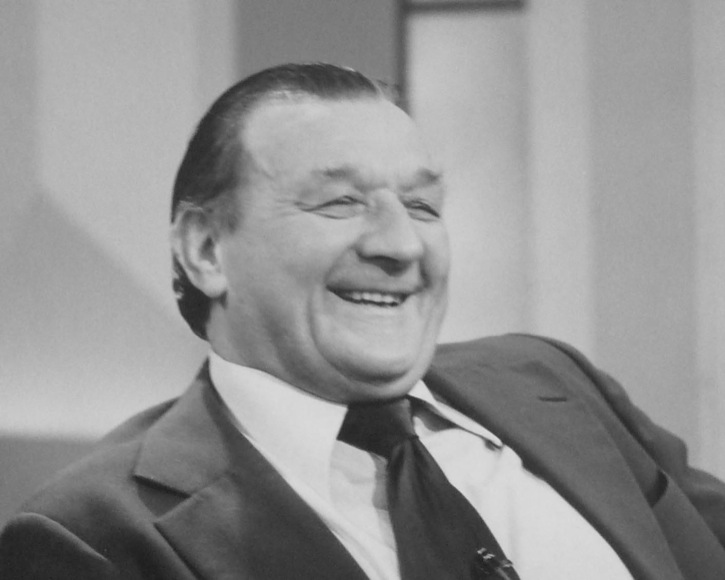 Just before Christmas I was doing one of my unpaid weekend taxi stints, hawking my daughter Caz and some of her friends to one of those trendy bars in town.

The format these little excursions usually take is for me to sit at the wheel, keep my head down just about level with the top of the dashboard and my mouth clamped firmly shut with the invaluable aid of some Wrigley’s Doublemint Gum. Meanwhile, our Caz and her garrulous entourage will normally sit in the back and proceed to talk the rear wheel off the bus in front.

Now, depending on your own particular slant on life, this may or may not seem like the ideal way for a fifty one year old man to spend large chunks of his Friday nights. I can assure you, though, in the overall scheme of my own set up, it is not half bad. The point being that as you get that bit older, the composition of your Richter scale of enjoyment tends to change quite radically.

Ferrying your loved ones round probably ranks at about level 6. This certainly compares favourably to, say, walking the dog round the block and cringing as it does its business on next door’s patio in the full glare of their burglar spotlight, which I’d put at around level 8. That said, it cannot hold a candle to the sheer bliss of settling down to watch an episode of “The Sopranos” on telly with a hot mug of cocoa and a full plate of Jaffa Cakes which I would place at around 3 or 4. Firmly planted at level 1, of course, is watching our beloved Reds. Nor is there any doubt that is where that particular joy will remain until – and who knows maybe even after – they spread my ashes on the steps of the Spion Kop.

Anyway all that apart, this particular night turned out to be rather different than the norm.

The first friend on our itinery was one we had never picked up before. She lived several miles away in a pleasant if rather unprepossessing part of Childwall, the adjoining suburb to our own. As we approached the girl’s house, our Caz asked me, in her typically laid-back manner, if I’d mind not indulging in any conversation with this particular friend.

“Er, dad, promise you won’t say anything to Jane about her grandad will you?”

“Okay, love…as if I ever would, anyway…. What’s up with her grandad then, Caz?”

“You know, with him being that Liverpool Football Club manager and all that.”

“God, dad, calm down will you. It’s ONLY Bob Paisley.”

“Bob Paisley! You mean THE Bob Paisley? OUR Bob Paisley. Why… Why hadn’t you told me before? I mean you’re friends with Bob Paisley’s granddaughter and you’ve never told me? Your own dad. How on earth could you know such a thing and not tell me? … Did your mum know? … Why didn’t you tell me?… Flippin’ ‘eck, Caz, I don’t believe this. You’re actually mates with Bob Paisley’s flesh and blood and she’s going to be getting into our car any second now and you casually tell me as we pull up outside her house that she’s Bob Paisley’s granddaughter. I mean what am I supposed to say to her… Does she know I’m a big Red by the way?”

“Of course she doesn’t.”

“She doesn’t? You mean to say you’ve never told her that your dad’s a big Red? Your own dad?”

“What d’you mean ‘of course’? How can you sit there so calmly and say that? Surely it must have cropped up in the conversation at some stage? I mean flippin’ ‘eck, Caz, what the heck do you talk about?”

“What! She’s Bob Paisley’s daughter and you’ve never discussed football with her. Jeez, Caz, I don’t believe this. I mean, do you actually know who Bob Paisley is… I mean was? I mean, he’s only the greatest football manager this country’s ever seen. I mean… how come you don’t know that anyway? I’ve told you enough times, haven’t I? Don’t you remember any of those European Cups? When were you born? Seventy seven? Jeez, you must have watched the ’84 final on the telly. Surely you must remember that one? Bruce Grobbelaar and Allan Kennedy? Mind you that wasn’t Bob was it…still…”

“What! She doesn’t like football? DOESN’T LIKE FOOTBALL!!!! Don’t be bloody stupid Caz. Of course, she likes football. She’s bound to like football. You can’t be Bob Paisley’s granddaughter and not like football. Jeez, Caz, don’t you know anything about…”

“I don’t believe this …Does she look like Bob Paisley?”

” I don’t know. What does Bob Paisley look like?”

“What! You don’t know what Bob Paisley looks like?…I mean looked like… I mean…flippin heck…Remember your great grandad Jones?”

“Well, she’s not going to look like my ninety two year old great grandad, is she? Anyway, dad, here she is now. Now promise you won’t make a show of me.”

Well, I guess it must have been the best part of a week before our Caz forgave me.

The thing was, I was nowhere near as nervous as I thought I’d have been meeting someone who, let’s face it, is our equivalent to a member of the Royal Family. Needless to say, being Bob Paisley’s kith and kin, Jane was as nice as homemade apple pie. If not a whole lot nicer. A really lovely girl. She answered every single question about her grandad as effortlessly as Bob, himself, used to gather trophies. Lapped it up she did. In fact – and I know our Caz is adamant I’ve got this last bit completely wrong – I swear she’d have preferred to stop and talk to me about the Reds and her grandad for the rest of the night rather than go on to that trendy bar with Caz and the other girls.

For the record, by the way, you’d never tell from the way she spoke that she was even a distant relative of the great man, let alone his granddaughter. There was certainly no sign of any north country lilt or anything like that. Also I do have to say that I did find her a wee bit sketchy when it came to the actual details of some of her grandad’s successes.

Mind you, when all’s said and done, the poor girl was born and raised in Childwall, so I suppose that might go some way towards accounting for the absence of Bob’s accent. And let’s be honest here, even the most fanatical of us can get a trifle mixed up when it comes to recollecting every single one of those cups her grandad brought back home to Liverpool.