HomeViews and OpinionsInjuries in defence threatening to derail title charge 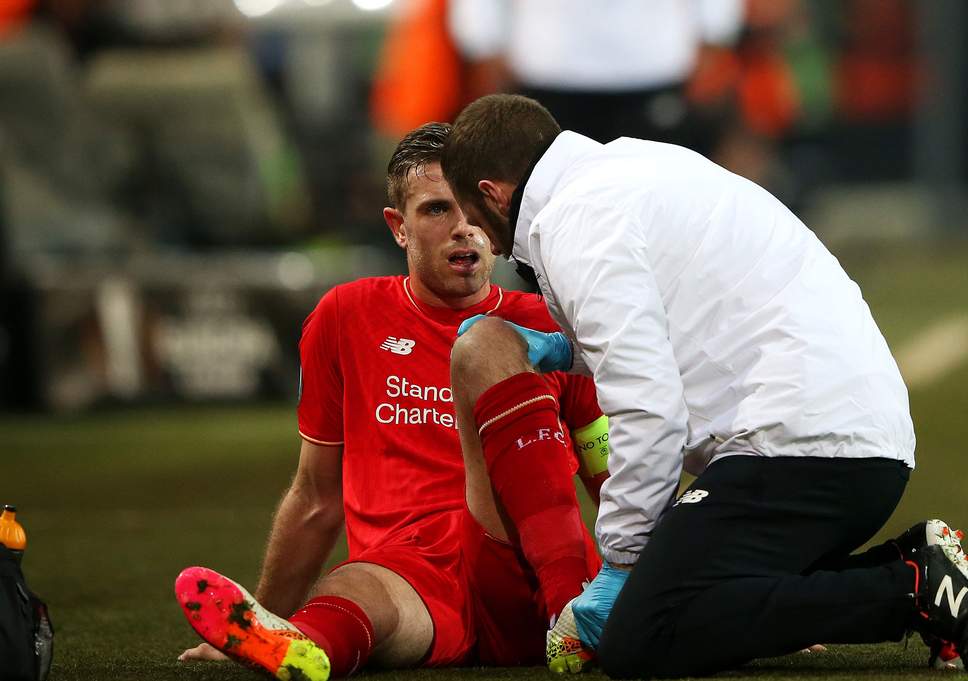 Following the draw against West Ham United, on the back of a stalemate against Leicester at Anfield, the title race is once again neck and neck. Any observer will have remarked on Liverpool’s sloppiness and stilted rhythm, totally at odds with the swashbuckling style that Jurgen Klopp’s side are renowned for.

It seems slightly unusual to then reference the defence as being the issue when talking about misfiring attacks and inability to penetrate well organised opposition. However, if one thinks back throughout the season, the reality is that Liverpool have adapted away from being a gung-ho attacking outfit.

One of the key themes of this season has been a maturity in midfield and a solidity at the back. It has meant that even when opponents were making it tough and the team were struggling in games, there was still the assurance of keeping things tight.

Frankly, many of the early results in the season were only gained from having shut down opposition teams thanks to the brilliance of Virgil, Gomez and Alisson.

Liverpool’s defensive ills have been well documented the last few weeks and indeed just in the last 48 hours, once again damaged, by the news that Joe Gomez will be out for an extended period of time after requiring surgery on his fractured leg. Ally this with injuries to Trent Alexander-Arnold and persistent niggles between Joel Matip and Dejan Lovren and it is fair to say that the back four is being stretched to its limit.

The damage these injuries are doing seems clear to see in just the last two performances. Firstly, the team are losing much of Virgil’s composure and ability to run games because he is having to cover for unfamiliar partners and anticipate mistakes that were not on show earlier in the season. As good as he is, he cannot cover the work of two men.

Secondly, Alisson’s composure and confidence has taken a noticeable knock as a result of the changes in front of him. There isn’t anything revolutionary about it, goalkeepers are always going to suffer when there are constant changes to the team’s defensive style.

Thirdly, because of the above, the shape at set pieces has been sloppy and completely unlike the well organised unit several months ago. If we look back to the two goals that have directly led to Liverpool dropping 4 points in the last two matches; they were both scored from freekicks that were needlessly given away and then defended poorly.

Leicester got their freekick at the end of the first half at Anfield and West Ham got theirs in the first half. Both incidentally from fouls created by sloppy play between Robertson and Keita. Opposition teams have not had to work hard in order to score against Liverpool and this is worrying. Concentration simply must be improved.

There will be those who say that this is all Jurgen’s fault. It is easy to point to decisions like Clyne, who was allowed to leave on loan to AFC Bournmeouth and to criticise the management. Indeed, it now looks like a decision that was ill advised, considering the shape of the team and the fact that Milner is merely a stop-gap in the position.

However, take a more reflective and human view. Hindsight is a wonderful thing and one must take Klopp’s thoughts on their merit, that at the time Alexander-Arnold was fit and Clyne was demanding to leave. It is a tough decision for any manager to make and either way has upsides and downsides. Do we want to become a team that holds players hostage when they want to leave to play first team football?

Already many fans will be angry, some may even be starting to throw the towel in at this early stage. Let’s make a plea then, to consider the bigger picture. Winning a title is never going to be easy. Anyone who thought Liverpool were going to be able to romp into the clear with 7,10,13 points, is simply not considering the highly competitive nature of the Premier League.

A title is a slog and it is fought every single week until that final date in May. There is still a long time to go. It is up to the fans to continue backing this team and to fight until the last day of the season.