I am English and I’m Scouse 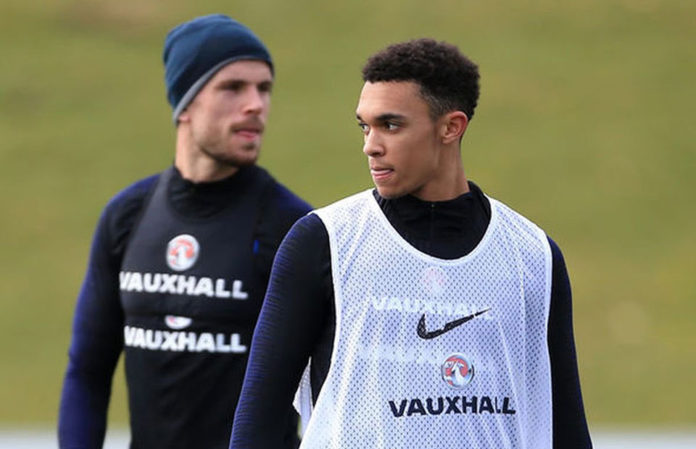 For a long time there has been a growing swell of opinion that Liverpool fans shouldn’t support the national team. There have been many reasons for this over the years. Many Reds have wanted to distance themselves from the football hooliganism of the travelling England supporters through the 90’s while a lot have disliked the London bias and media hype surrounding the national team.

At an age when I was starting to go to the match I used to love watching Kevin Keegan and Terry McDermott in action, whether that be in the red of Liverpool or the white and blue of England. I was proud to see Liverpool players in the national team. It was an acknowledgement of the superior team Liverpool had at the time. As time went on that also applied to our later players, regardless of their nationality. I loved watching Kenny Dalglish in action for Scotland, Ian Rush for Wales and Ronnie Whelan for the Republic of Ireland. They were Reds and deserved our support whichever team they played for.

Despite Liverpool’s dominance of League football through the 80’s the media preferred the glamour of Manchester United, Tottenham and Arsenal and England managers tended to favour some of those players over our own. Robbie Fowler didn’t get the chances he deserved and other Liverpool players were starting to get overlooked in favour of more fashionable, southern choices.

By the time the 2000’s came along we were all wanting Liverpool to regain some of that dominance we had enjoyed in previous decades. Fitness levels were becoming key to league success and having your best players whisked away for international duty every couple of months and returning jaded, or ever worse injured, was starting to become frustrating. There seemed to be so many international friendlies being lined up, with nothing more to play for other than the risk of getting injured, that seeing your favourite Liverpool player lining up for England was more of a concern than a thrill.

Fast forward to the 2018 World Cup. Gareth Southgate is in charge of a youthful England side punching well above their weight and the whole country is behind them. The importance of players like Jordan Henderson and Trent Alexander-Arnold getting experience playing against the very best players in the world can only be a good thing that will benefit Liverpool when we return to Champions League competition next season.

It’s a relief to see Mohamed Salah and Sadio Mané return safely without further injury and I hope and pray Hendo and Trent (or failing that, Dejan Lovren) go on to the play their part in a victorious World Cup Final. I also hope they return to Melwood injury free and full of confidence for the season ahead.