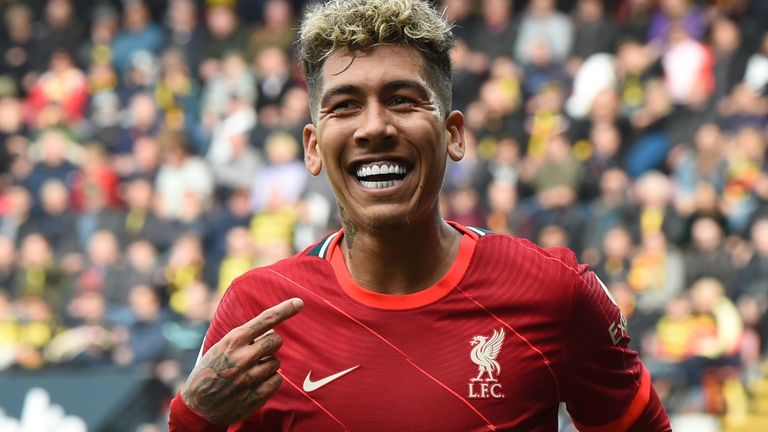 Another wonderfully exhilarating goal from Mo, a hat-trick for Bobby, and a thoroughly dominant and complete performance resulted in a 5-0 drubbing for the hosts at Vicarage Road. Perhaps the only question, was just how a truly woeful Watford only conceded five?

From the outset, in a first half in which Klopp’s men had 82% possession, Watford were totally outclassed and comprehensively outplayed. Indeed, Claudio Ranieri must have wondered just why he’d left the sunny climbs of Italy, as he watched another former Italian resident, Mo Salah, hit an exquisite first-time pass to Mane with the outside of his foot, which was stroked home with ease by the Senegalese. One-nil soon became two-nil, with Bobby tapping in from close range, as Danny Rose endured a torrid afternoon, with Liverpool so often playing down Watford’s left side with so much ease.

At this point in the match, the home side had barely seen Kelleher, who deputised for the absent Alison, let alone posed him any threat. In fact, Watford barely had the ball in their opponents half, and in truth were fortunate to go in at half-time just two behind. Liverpool were playing some fabulous football, and the scoreline would certainly have been more lob sided had Salah’s touch not deserted him down the right channel, as he bore down on goal.

As the second half kicked off, surely Watford had to improve. They didn’t, if anything they were worse, and Liverpool’s continued dominance led to a third and fourth goal within sixty minutes. Further, if you thought you’d seen the goal of the season from the phenomenal Mo Salah against City, the one he scored at Vicarage Road surely runs it close.

Picking up the ball surrounded by four or five rather tame hornet defenders, who lacked any sort of sting all afternoon, the Egyptian King somehow wriggled clear with the ball, put another defender on his backside, and with unerring accuracy, struck the ball to Foster’s right side, leaving many in the away end aghast at the sheer brilliance of the man.

At this point, the game was done, with Bobby having already completed his brace, and so where Watford. You could almost feel sorry for the hapless hornets, as they continued to chase shadows, and like those of us in the away end, they must have been wondering just how many more Liverpool would score.

The answer was one, and it was wonderful to see Bobby complete his hat-trick with what was effectively the last kick of the game. Another tap in it might have been, but it was richly deserved, for a personal performance which at times hit the heights of past glories. In fact, much of the team’s performance hit the heights of past glories more comprehensively than at any other point this season, and on the evidence of this chastening display by Watford, the always entertaining Claudio Ranieri may soon be returning to Italy.