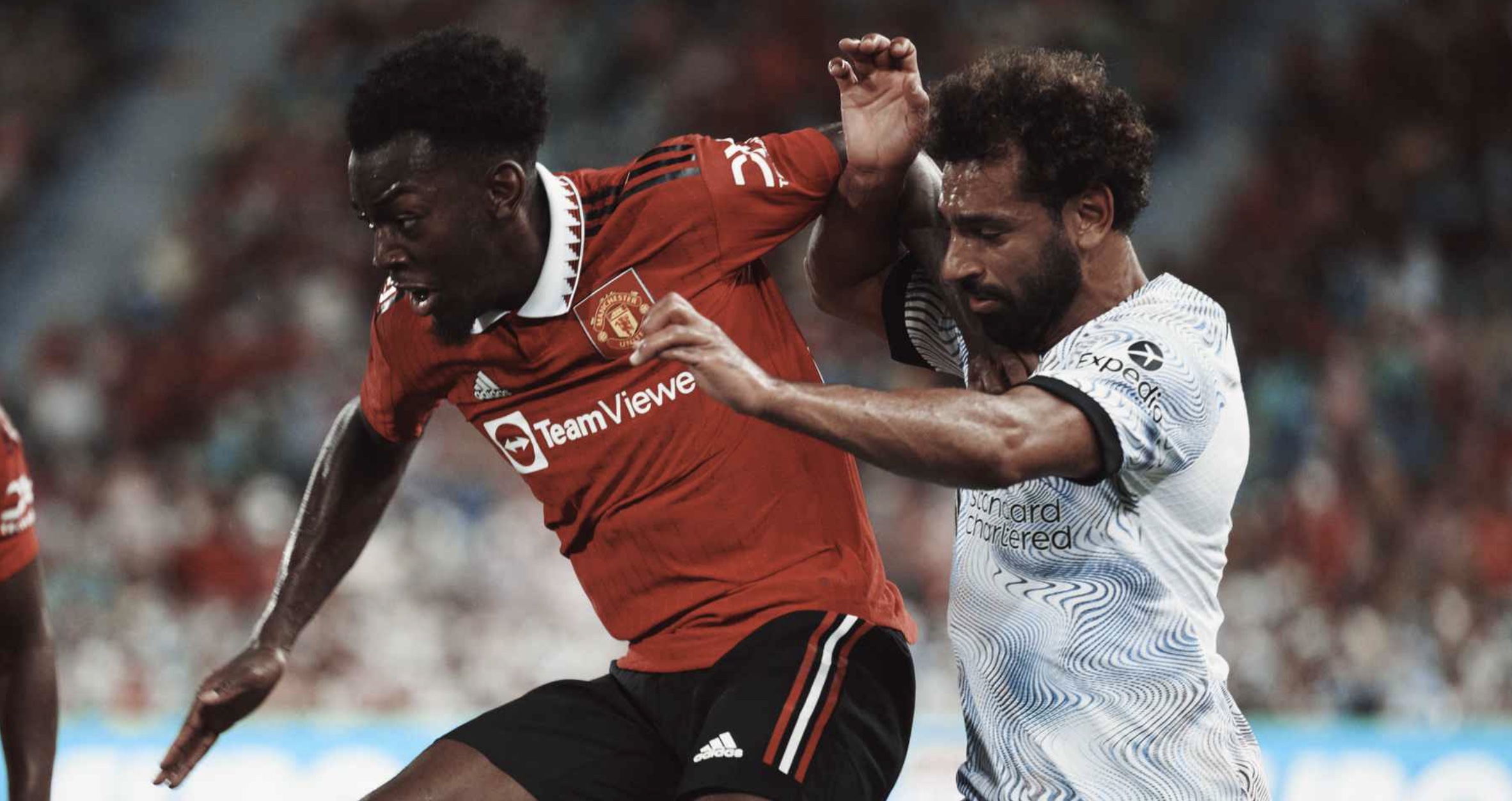 The great New York Yankee Yogi Berra had a phrase: “It’s getting late early”. In so many words, it meant that though there was still a lot of time left, things were already piling up. Be it in a game or a season, when things start slow or issues start to compound, it’s essential to get a grasp on them as soon as possible or risk having a whole season’s ambitions fall apart. Now, it is far, far too early to declare anything over for Liverpool or any team at this juncture, but there have been some very striking flaws that need correcting right away and were brought into stark contrast against Man United on Monday.

I had been very wary of this game in the build-up, because Man United had been dumped on all season so far. Few things are as dangerous as a caged animal and with their confidence teetering at an all-time low, so many pundits were predicting a thrashing could be in order. However, these sorts of games can also have a galvanizing effect and United came out pressing and tackling like their lives were depending on it. Their spots in the squad very likely were. They were first to every ball early on and Liverpool once again started slow and seemed like they were out of sync.

Overall, it was a very striking weekend of results, especially with Leeds’ resounding victory over Chelsea and Newcastle holding their own against City. More than anything else, the gap in talent between the teams in the premier league definitely has closed at least a bit more this early season. What both Leeds and Newcastle showed was bravery to take the match to their opponents and they reaped the rewards. Again, granted, it’s very early. If we recall last season, Arsenal were bottom of the table, pointless with a -9 goal difference after the first 3 rounds of fixtures and managed to right the ship and just barely miss out on Top 4. While Liverpool’s start is not nearly as dire, the slow coming out of the gates can still be salvaged if three key issues are improved before the next match:

1. Starting On The Back Foot

It’s beyond obvious at this point but Liverpool CANNOT continue to concede the opening goal. Whether due to sloppy play or expert attack from an opponent, Liverpool are constantly on the back foot and playing with fire. Until United, they’d managed to salvage at least a point from losing situations in the last 6 matches. Having to always climb a mountain will tire even the strongest squads out and Liverpool are at their best when they are on the front foot. If they can dictate the match, it often leads the opposition to have to open things up and attack more, which plays right into our classic counter-attack. Liverpool still possess the horses to play this way but only if they aren’t already chasing the game.

Much will be made about how scattered the defence has looked, especially through the middle which is unexpected since they have played this high-line style for years now. Virgil Van Dijk had one of his poorer outings in his Liverpool career on Monday and will certainly be looking to rebound to his immense standards but the entire unit doesn’t hasn’t looked as cohesive as in past seasons. Teams have looked to play directly at Liverpool and thus far, the Reds have not coped well. This must change.

One common theme through all three league matches so far is that Liverpool have not controlled the middle of the park well. They were overrun at times and have not been covering for their attacking defenders at nearly the same rate as years past. The question must be asked about the current roster available to Klopp. Both Jordan Henderson and Milner have more than proven their worth to the club but a midfield that has both of them at the same time is going to be lacking in pace and dictating tempo. What makes Thiago so essential at the moment is he is the player that can unlock another team with a single pass consistently. He is the metronome of the play, knowing when to raise tempo or to slow play down and let it develop. Far too often, especially against United, Liverpool had possession but almost seemed too impatient and would make the pass too early or too late and it would trickle down to nothing.

Thiago’s biggest issue has been his availability. Mixed in with other injuries that keep cropping up and the midfield looks extremely weak and none too deep at the moment. With rumours that Naby Keita might be wanting out, bringing in another midfielder who can dictate play and stay on the field consistently is essential. Harvey Elliott and Fabio so far both look like willing and talented players but their slighter frames have made it harder for them to retain possession despite their best efforts. Mixed all together, the middle of the park requires further injection and hopefully before this window is over. Otherwise, it might continue to be a struggle to really take and hold control of a game. 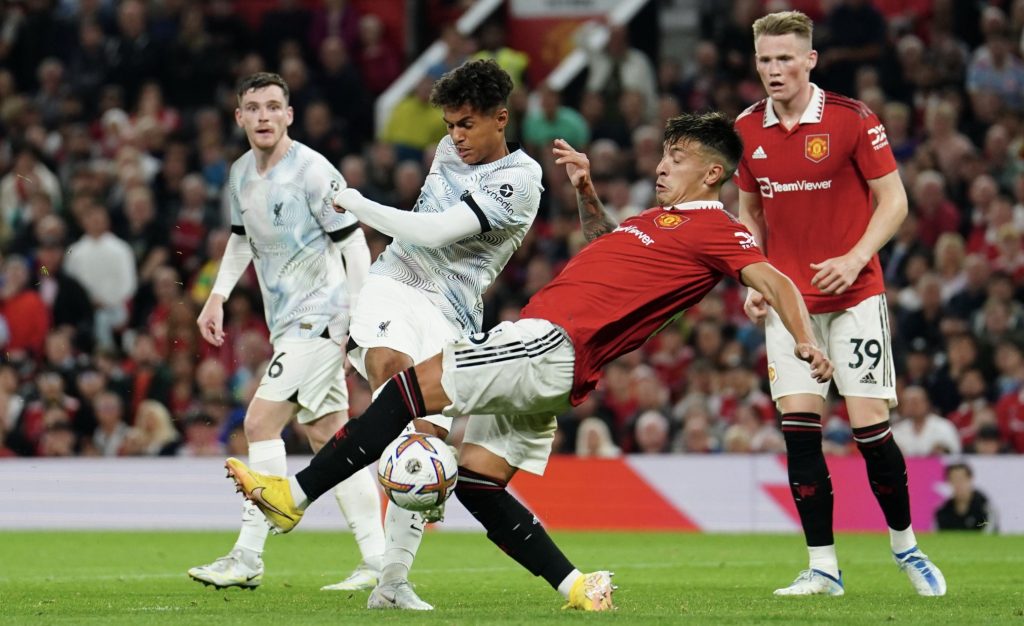 This is actually the most unexpected issue since Liverpool have usually been such a unified squad. By keeping hold of most senior players year in and out, it has allowed Liverpool to build up the chemistry that can help them get out of serious situations. They’ve been there, done that as a group and usually can lean on that when it’s needed. But what’s past is prologue now. Should Jurgen Klopp have proven more ruthless and let some other senior players move on rather than continuing to rely on them for another full season? Frankly, I think it’s far too early to ring that alarm bell but something isn’t right yet.

Patience is key and the injury list that has been compiled this early is astounding. But those are excuses that every team will have at various times and Liverpool do have resources. Sure, it may not be endless like City, Chelsea or Newcastle, but their budget has allowed for some big purchases recently and it might be called on again before the end of August. Still, the issue is that the team just looks a little out of collective sync with one another. Perhaps it is the lull of the early season coupled with a bit of hangover from last season’s near glory. Or it could be that the talent gap throughout the league has closed just that little bit more and what worked before is not nearly as effective this time around. That doesn’t mean all is lost and Klopp is far too shrewd of a leader to let things atrophy.

It is endlessly frustrating to watch a team we are so used to moving through the gears seem stuck in neutral, especially against such a rival as United. Last season, we relished being the team that were able to pile misery upon misery on them. This game though perhaps was the wake-up call we needed to shake loose of the complacency that has set in to the team so far. It’s still August of course and the season is long indeed, but things need to change soon. To quote Yogi yet again, “You’ve got to be very careful if you don’t know where you are going because you might not get there.”

For Liverpool, though they know where they are trying to go, if they aren’t careful and some changes aren’t made, they almost certainly won’t get there.