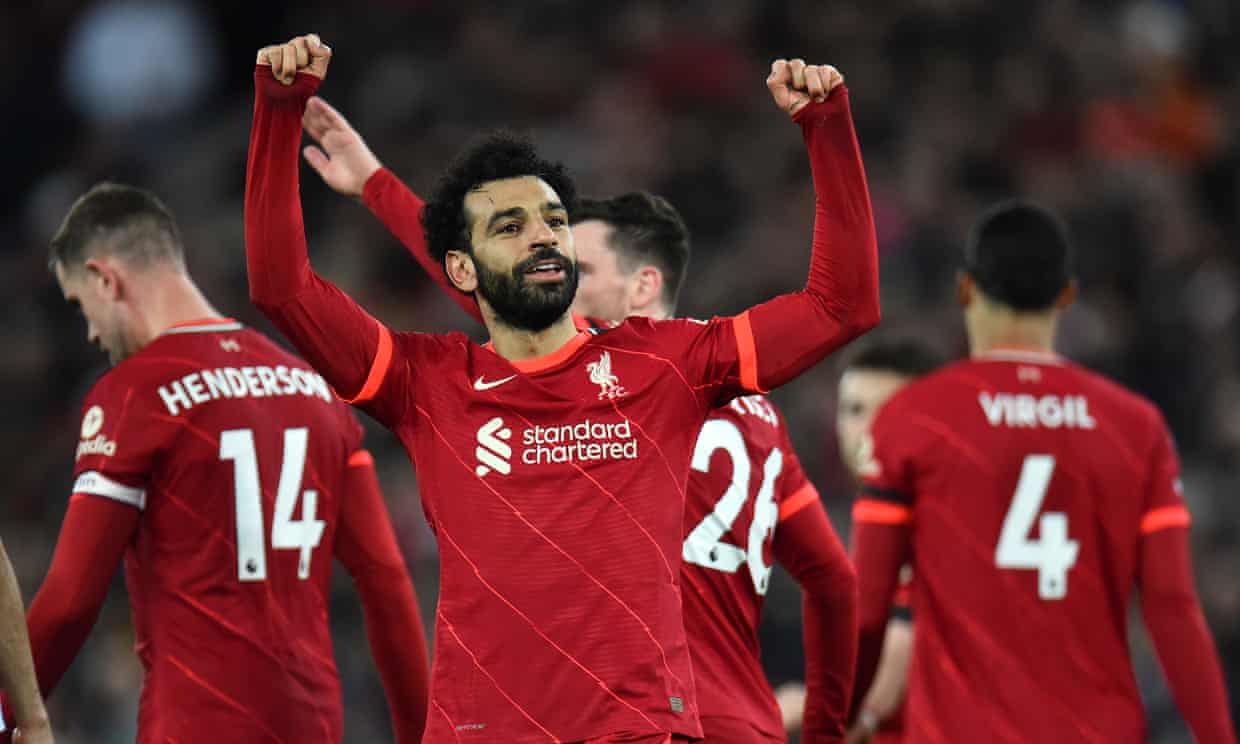 Liverpool thoroughly dominated a hapless Manchester United side, who were lucky to be just two down at half-time. Goals from Luis Diaz and Mo Salah were followed by further strikes from a rejuvenated Mane, and another from Salah in the final minutes, as Jurgen Klopp’s men scored a record 9-0 aggregate league score against their illustrious neighbours.

Making just two changes from the team that despatched that other Manchester side at the weekend, both Joel Matip and Jordan Henderson, starting ahead of Ibrahima Konate and Naby Keita, saw their side go one up inside five minutes. Winning the ball on the halfway line, and following a cute pass inside from the captain, Mane found Salah down the right, who squared it to Diaz, who tapped it home. United’s five-man defence had gone missing, and Pogba was soon missing from the game, leaving the field with an ‘injury’ inside ten minutes.

Liverpool’s second was a thing of beauty. Following some rapid one-touch passing through midfield, Sadio Mane found Salah with a reverse pass that left Maguire, once again looking increasingly out of his depth, flat-footed, and with a deft touch with his in-step as he ran in on goal, Salah stroked home his first goal in open play in eight games.

Another thrashing of United looked on the cards, and with Thiago once again running the midfield, and Liverpool looking likely to score every time they attacked, just how it was only 2-0 at half-time, was probably as much as a mystery to a United team that looked utterly bereft of spirit, as it was to Klopp, who did see a second for Diaz ruled out for off-side.

In an attempt to stem the tide of an inevitable defeat, United reverted to a flat back four in the second half, with the lesser spotted Phil Jones, replaced by Sancho. Whether the change momentarily affected Liverpool is doubtful, but their lethargy, which resulted in Klopp castigating Van Dijk for dithering, gave United a brief period of hope.

It didn’t last, and in truth, before Liverpool went 3-0 up from Mane in the 68th minute, having rediscovered their purpose and intent, a goal for United didn’t really look likely. What though was certain, was that Liverpool, even without Thiago, leaving the field to rapturous applause in the 70th minute, would add to the scoreline.

With Klopp making further changes, as Jota and Milner came on, United players began to lose their discipline. An appalling knee-high tackle by the previously invisible Fernandez on Trent could have resulted in a red card. Likewise, Keita may count himself fortunate not to have seen red himself, as Liverpool pressed forward for a fourth, that arrived courtesy of more third grade defending by Maguire, who completely lost Salah, who chipped De Gea in front of the Kop.

So the quad squad move on to a derby game against relegation-threatened Everton on Sunday. Meanwhile Manchester City, now trailing Liverpool once again, face Brighton this evening. As the games tick by, what could prove to be a monumental season for Liverpool is heading towards a climax that we may never see again. What a team.