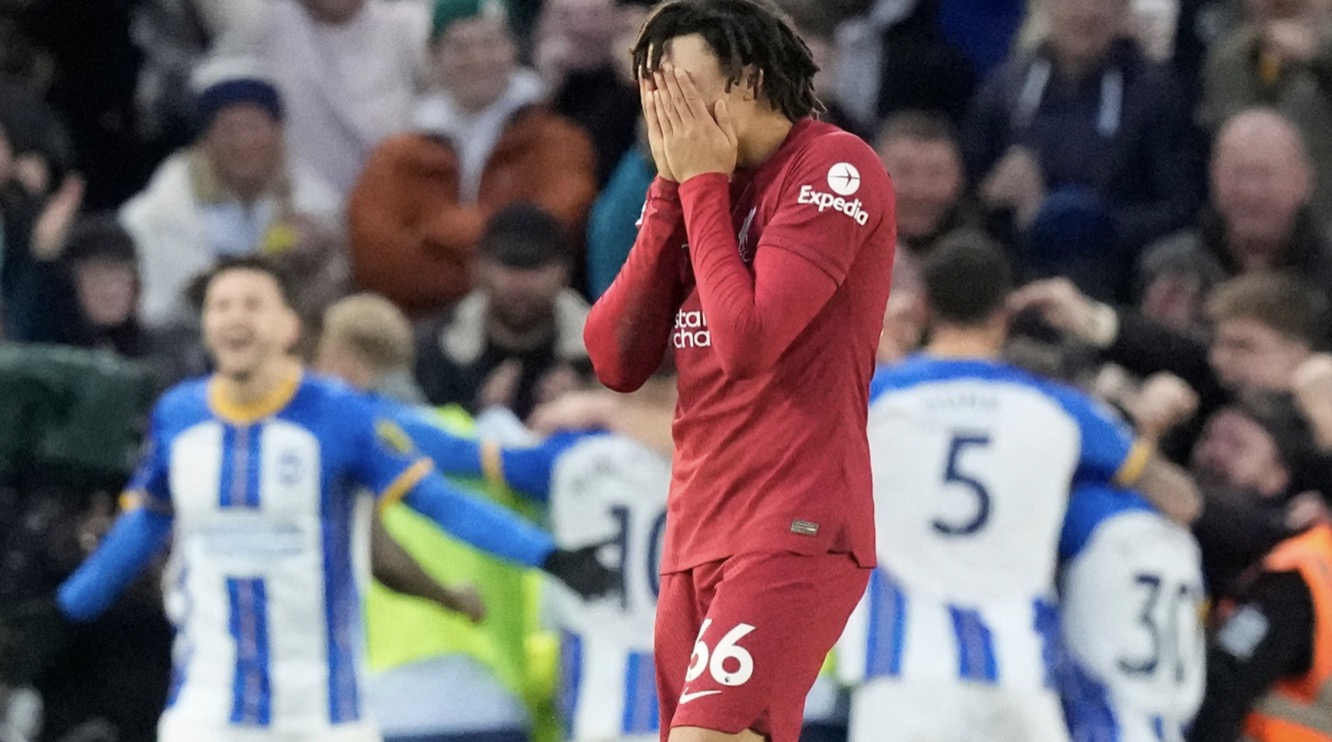 Liverpool have conceded six goals to Brighton this season, and the wonder of today’s abject display is that it wasn’t more. Flowing football, robustness, clear patterns of play, pace and agility – all qualities displayed by Brighton and that Liverpool presently lack, and a 3-0 defeat was the least they deserved.

Whilst the performance was clearly unacceptable, perhaps what’s worse, was its almost certain inevitability. Little energy, fragility, and a glaring lack of pace, either forward or back, by a midfield that’s simply no longer up to the job. A forward line that never threatened a Brighton defence that had an easy afternoon, matched by a defence that consistently put themselves under pressure by continually playing out from the back, whilst unable to keep the ball.

Make no mistake, Brighton were superior in every department, and it was stretching credulity that it was somehow all square at half-time. The Seagulls created chance after chance, Liverpool barely escaped their own half and only poor finishing and VAR overturning a penalty decision for an earlier off-side kept the Reds in the match as the second half began.

Liverpool’s luck, however, ran out within minutes of a second half that replicated the first. Brighton continued to press, anticipate, and create chances, but this time took them, whilst there was barely any improvement by Liverpool. Two nil up inside the opening ten minutes of the half was certainly a fair reflection, and despite the inevitable changes by Klopp as the half wore on, bringing on Gomez, Elliot, Keita, and Doak, a third was conceded. It was a third goal that perfectly summed up not just the game, but much of Liverpool’s season.

A quick throw-in by a team more alert than those in red. Liverpool on their heels. Liverpool lacked anticipation and the ball ended up in the back of our net, whilst many of Klopp’s charges were merely observers rather than participants.

So where do they go from here? Well, most immediately, to Wolves for a mid-week cup replay that what must surely be a dejected Jurgen Klopp, has already claimed shouldn’t be played. That’s followed by a home league game with Chelsea, whose recent run of form, also suggests that it won’t just be Liverpool devoid of Champions League football next season, amongst England’s usual participants.

The debate about a lack of transfer activity, particularly in midfield, will inevitably intensify. There’ll be even some ‘fans’ no doubt questioning Klopp’s future. It’s surely beyond dispute that the midfield needs substantial surgery, but frankly those ‘radio phone-in fans’, never slow to criticise, and always far too quick to call for the head of just about any manager, let alone one who has delivered so spectacularly as Klopp, should be ignored. Whilst Jurgen should never be beyond criticism, and should of course carry some responsibility for the present malaise, a dark room is where those who are calling for his removal, should be sent to.