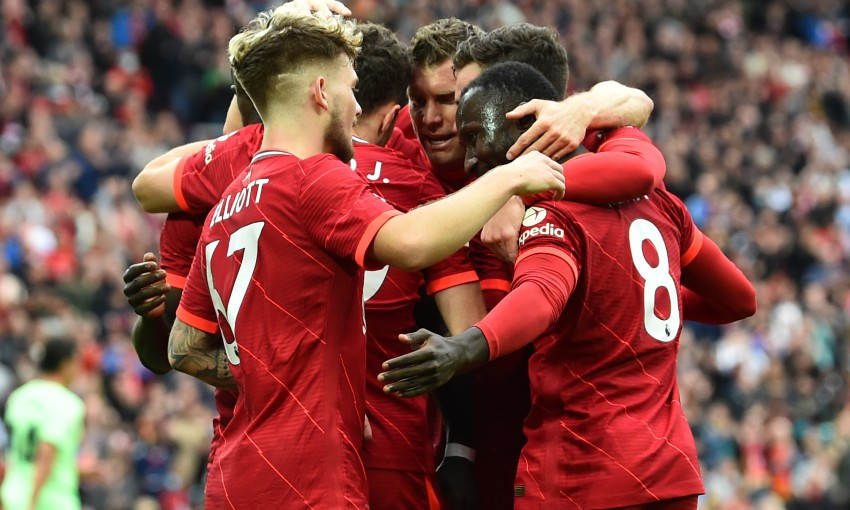 Fans. Atmosphere. Clean Sheet. Three Points. Sunshine. What more could you ask for on the opening day of the season?

On the 50th anniversary of Shankly stalwart, Kevin Keegan’s league debut for Liverpool, Klopp stalwart, Bobby Firmino, scored our 8,000th league goal, and all but secured three points at Carrow Road. A third goal soon arrived, courtesy of the ever-reliable Mo Salah, and in the process, became the first player to score in five consecutive opening day Premier League fixtures.

The day started with a sense of excitement and anticipation, that during the proceeding eighteen months of Covid induced restrictions, many may have thought would never arrive. The start of a new season is always filled with such optimism, but this season, more than many before, feels different. A new start. Part two perhaps of Jurgen’s attempt to not just put us back on our perch, but to keep us there.

The pre-match entertainment included fireworks on the side of the pitch, though in a largely even and unremarkable opening twenty minutes, there were few such fireworks on the pitch. Norwich started the brighter, and with ‘our number four’ amongst others, returning from long term injury, we played tentatively, not helped by an unfamiliar midfield of Ox, Naby and the perennial James Milner. Yet midway through the half, a fortunate miss-control from Salah fell into the path of Jota, who slotted it home beneath Tim Krul.

The first half then proceeded until half-time, in much the same way it began, with the Canaries looking neat and tidy in possession, but failing to trouble a largely redundant ‘Ali’, whilst Liverpool always looked likely to score from a turn over of possession in the middle of the pitch. A loud and vociferous away support, in fine voice throughout the ninety minutes, were confident of further goals in the second half, and so it proved.

Unusually for Klopp, with early second-half substitutions, our fabled front three, put the game beyond Norwich. A tap in for Bobby, followed by a rifled eighteen-yard drive into the roof of the net by Mo, made it very comfortable as full-time approached. It just became a case of whether Sadio, busy and energised throughout the contest, could also find the net, and though Mo did his best to lay one on a plate for Mane, on one occasion, when he clearly should have taken on a shot himself, it remained three-nil.

Full-time approached, with the travelling Kop belting out a heartfelt rendition of YNWA. Those of us lucky enough to be there, left the ground bathed in sunshine, chatting about whether we’d rather win the league again, or make the journey to St. Petersburg in May, to see us lift ‘big ears’ for the seventh time.

Fans. Atmosphere. Clean sheet. Three Points. Sunshine. What more could you ask for on the opening day of the season?