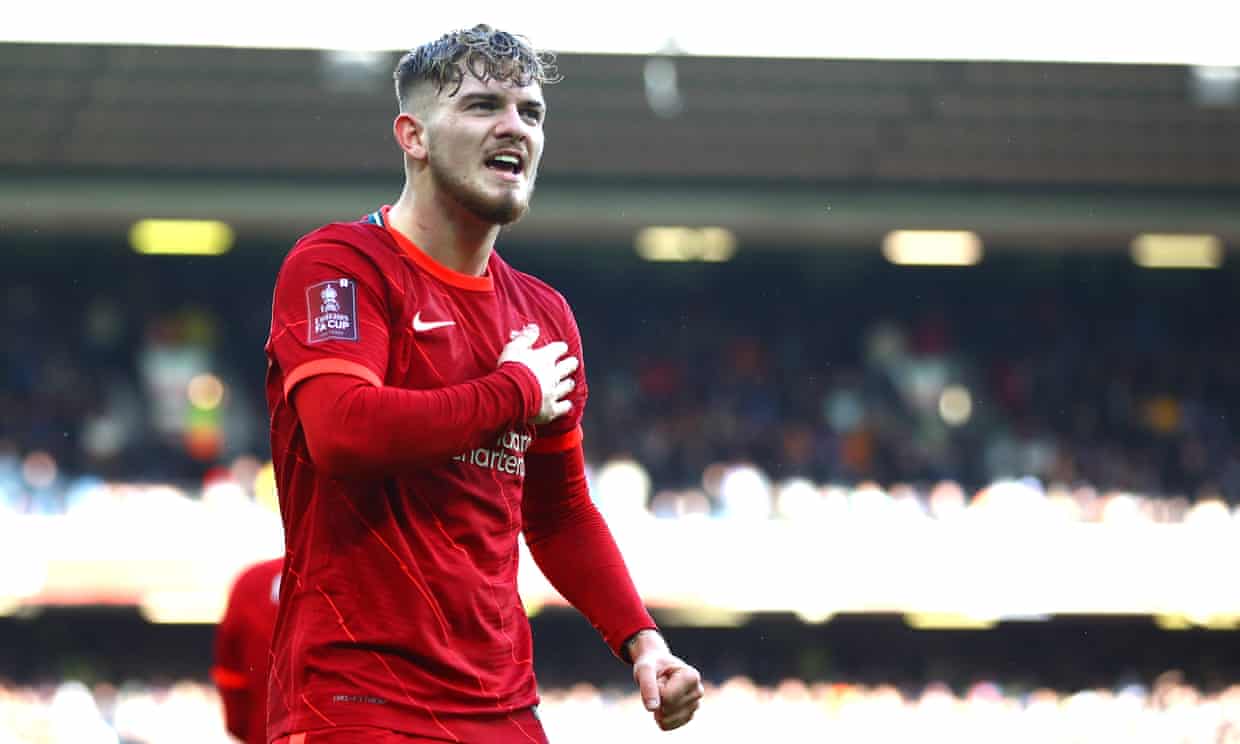 Harvey Elliot’s wonderful strike, to put Liverpool three up, iced the cake, of a much improved second-half performance against Cardiff. Earlier goals by Diogo Jota and Takumi Minamino had already settled this FA Cup tie, but the return of the precocious talent of Elliot lit up what had been a flat and drab showing by Jurgen Klopp’s men.

After a fortnight without football for most of the starting eleven, along with an early kick-off, undoubtedly contributed to a rusty first have display. Liverpool lacked both intensity and precision in the opening forty-five minutes, and other than an opportunity for Jota, which he really should have buried, they produced very little. Indeed, Cardiff could well have been given a penalty, as Konate, who looked clumsy for much of the first half, appeared to foul his man.

Keita, Jones, Minamino and Tsimikas had all started in a strong starting eleven, with Klopp perhaps, more than aware of his poor record, in a competition that Liverpool last won sixteen years ago. Not that Liverpool’s first-half display indicated such, and some harsh words may well have rung out in the home dressing room at half-time.

The second half began with greater intensity, sharper more incisive passing, though it was from a free-kick that saw Liverpool take the lead. The inevitable assist coming from Trent, and the almost as inevitable finish coming from Jota, who glanced a precise headed finish into the corner of the net. A second soon followed, after a defensive error by the Welsh visitors, with Minamino slotting home in front of the Kop.

Then came Elliot’s control and volley, for his first Anfield goal. Coming back from a dislocated ankle, Elliot was subbed on, along with January signing, Luis Diaz, who’d set up the second goal. Thiago, Milner and Robertson also had a runout, but it was surely the reappearance of Elliot that most pleased the crowd and his manager.

So Liverpool progress into the last sixteen, where they’ll have another home draw, this time against the improving Norwich City. With one cup final already booked, with the potential of two more, along with players returning from injury as Liverpool try and chase down Manchester City, an exciting second half of the season awaits.