HomeViews and OpinionsEarly World Cup Assessments from a Liverpool Perspective 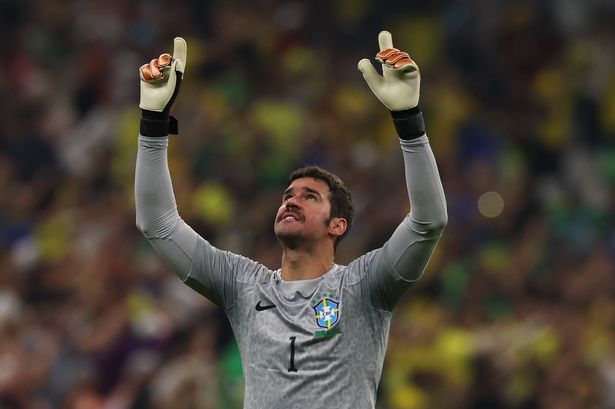 More or less one week into the 2022 World Cup and these are some of my early thoughts so far:

1. FIFA continues to be utterly corrupt and morally repugnant.

What utter disgraces they are, with the news of the supposed ban on the rainbow-coloured armband and sanction against any country that dares step out of line. I frankly would like to see some player score a goal and don the armband in celebration because it would be worth the same yellow card they’d get if they removed their jersey. We’ve long known the complete moral bankruptcy involved in world soccer as with most world politics. Each and every step along the way now must be thrown in their faces and they must be made to stand in the spotlight of their own creation. This story, along with other headlines such as the removal of signs supporting Iranian justice or LGBTQ justice should be plastered everywhere so no one can ever attempt to brush it away or think that this sort of intolerance will be forgotten or forgiven. Any movement that is so scared of what an armband or a sign represents seals its own fate and expiration date.

2. This is truly a global game now.

With victories from such unexpected sources as Iran, Saudi Arabia, and Japan, as well as valiant defeats from Canada and Ghana, the concentration of talent is no longer mostly favouring Europe and South America. There have been some absolutely inspired performances from teams and players in every match and the lack of fear against some of the supposed heavyweights of the draw bodes well moving forward. Though this might not yet be the time when we see a champion crowned from another continent, it is definitely coming sooner rather than later. Perhaps by 2026 when even more teams are in the mix and some of these up-and-coming squads have matured further, these results will be predicted and celebrated versus shocking.

Gavi and Pedri seem to have literally stepped out of a science lab with Iniesta and Xavi’s brains and skills. They frankly could have scored 10 goals against Costa Rica and broken their opponent’s spirit to such a high degree I was waiting for a mercy whistle to be blown. Likewise, France showed little in the way of a champion’s hangover with speed and guile that we all saw on full display 4 years ago. Brazil were about as advertised though the news of Neymar going down for the rest of the group stage could lend them a bit of pause, mostly because he is in the middle of all their creative genius. They have more than enough firepower to at least compensate for the next 2 games but when it comes time for the knockout stages, they’ll surely be hoping their main man is ready to go.

The betting odds remain on Brazil but there are some real sleeper teams that have shown they can force the issue and will be extremely dangerous in the games to come. Ecuador are very impressive for one and depending who they draw against if they advance could find themselves making a run of it. They face a really steep challenge in Senegal but their directness of play could bring a lot of teams down.

I fully will own up to the fact that I picked Argentina to win the whole thing. I did also think they’d start slow, finish second in the group and then get the ball rolling in what could prove to be an easier side of the draw. However, the nature in which they lost definitely sounded some alarm bells and instead of what looked to be a relatively straightforward draw, they right away are in must-win territory against Mexico. It’s ironic because riding such a long unbeaten streak surely put heaps of pressure onto them coming into the tournament. Now though, the magnifying glass is only stronger on Messi and company. Makes for must-watch football to be sure.

Germany always will instill a bit of fear into their opposition because of who they are historically but they have yet to find a real combination that works for them. Far too often they seemed slow in the buildup play and were utterly cut apart by the Japanese counterattack. They too face essentially a must-win game against Spain and how they organize against such a confident, feisty team will be fascinating. If Japan pulls out a victory against Costa Rica early then the pressure will be immense and Germany might be booking a plane ride home far earlier than expected.

Finally, Belgium, which were extremely fortunate to eke out victory against Canada. Canada showcased the speed, buildup play and attacking verve I was anticipating but just could not find the end result. Belgium meanwhile seemed ponderous in possession and extremely vulnerable in the back. This tournament might prove a step too soon for Canada to really make a full impact but this likewise seems like curtains for the so-called golden generation in Belgium unless they up their levels dramatically.

As an American, I have really liked what I’ve seen overall from the USMNT. I thought they dominated much of the game against both Wales and England and aside from a terrible foul that led to the Bale penalty, they have been composed, direct and ready to play. The midfield of Adams, McKennie and Musah have bossed the first two games and the wide men have appeared dangerous when given the chances. Pulisic’s set-piece delivery was miles better than in the draw against Iran and when he is given the ball in space, good things tend to happen.

What still remains is the age-old problem for them: where will the goals come from? The US is a striker short of being a truly elite team. That player is not on this roster or has not shown himself yet and ultimately must be a priority moving forward for the program as a whole. We know we have the talent to compete with the very best everywhere else, but until we find a world class goal scorer to finish all of the good work, we’ll continue to feel somewhat lacking, even in great performances. I expect a result against Iran and then we shall see what the draw has to offer but this has been a really positive start for a young team that is early in its cycle and eager to give a strong account of themselves. Mission nearly accomplished there.

These are somewhat hard to do since of the 7 first-team players who are at the World Cup, now only 5 of them have even seen the field. Deep down as a Liverpool fan, I almost don’t want Fabinho or Trent to play too much if it means they can rest a bit more and be perhaps hungrier to show what they are capable of when the reason resumes. Still, a quick analysis as I’ve seen it so far:

What a player Alisson Becker is. When the biggest talking point is about his new facial hair, a stylish Magnum PI moustache no less, you know the on-field game is solid, no fuss and world-class. Especially after the near calamity at the end of the Portugal game, it is among the greatest reliefs for both Brazil and Liverpool to have that man between the posts.

The Netherlands are a strange team. They possess talent and can seem so solid but then also run out of ideas, especially in midfield and attack. Van Dijk continues to marshall a strong defence but he might also have to contribute some goals on set pieces for his team to march onwards to glory.

Both Konate and Nunez got their first taste of action too and were both very busy, strong and ready to lead their teams for years to come. I fully expect both to have a lot more to say and do in the matches ahead. The more match time both can get against quality opponents, the better as it will further add to the confidence levels they both need to fulfill their promise.

Hendo finally made the field in England’s second game and was his usual energetic, bright and direct self. The squad seemed much more resolute after his introduction and while I don’t think he’ll crack the starting XI, he should continue to be an energizer off the bench.

Whether Trent or Fab get any playing time will remain to be seen, but at this point, either wrap them in cotton wool for the duration or give them a full match to show their prowess. I do think they’ll be called upon in some high-pressure moments and give good accounts of themselves but both play on squads with a lot of depth and as such wait patiently in the wings.