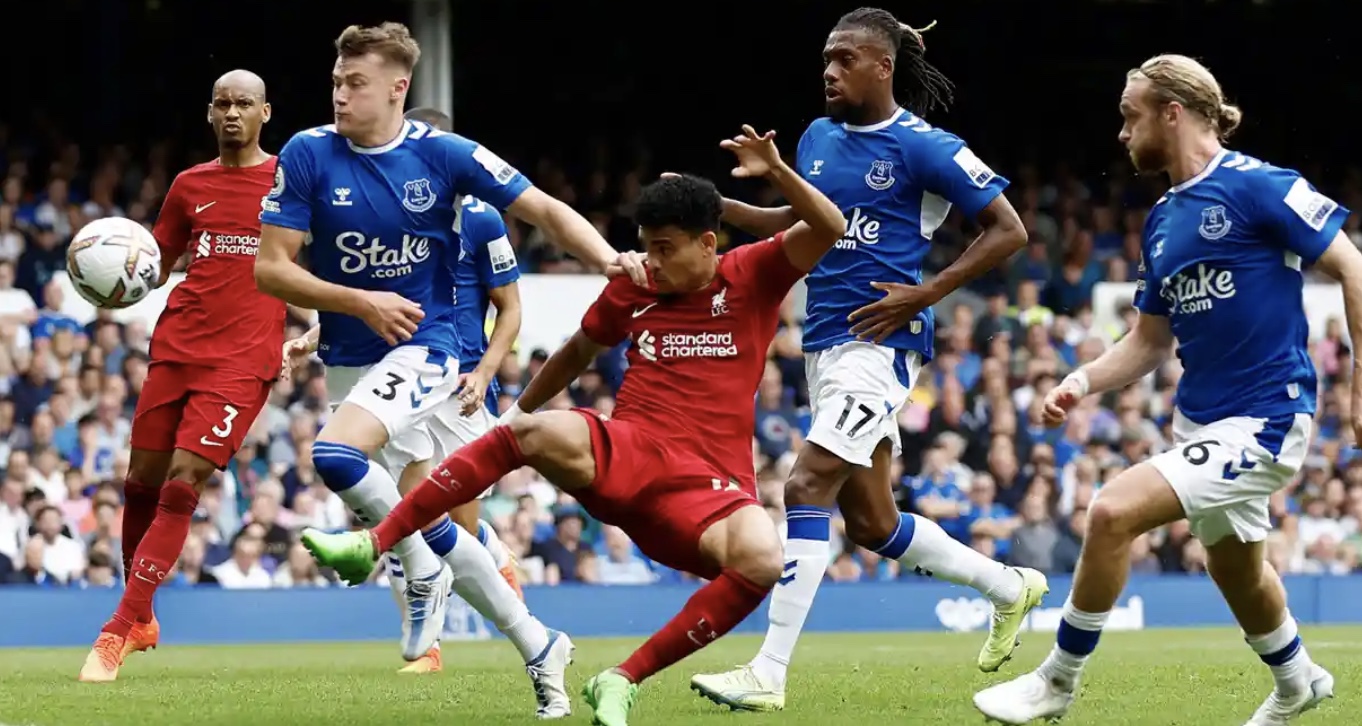 Liverpool’s disappointing start to the season, having now dropped nine points in the opening six league fixtures, continues. Yes, Pickford made some top saves, none more so than an injury-time stop from a subdued Mo Salah, but Liverpool’s apparent inability to start games on the front foot, along with a hesitancy that appears to pervade the whole team, is costing them dear.

With a starting birth for Darwin Nunez, Fabio Carvalho and Kostas Tsimikas, Jurgen Klopp possibly had one eye on next week’s Champions League fixture in Naples, but too many repeat performances like this, and Champions League football next season, may elude them. Put simply, for whatever reason, possibly a hangover from last season, Liverpool just don’t look ‘at it’. Too many sloppy passes, poor decisions on the ball, a lack of composure, and as is so often the case at Goodison, getting sucked into a battle, rather than playing football.

A scrappy opening half an hour, saw Everton come closest in the 32nd minute, as Davies hit the post. Nunez then hit the woodwork, minutes later, as Pickford tipped the Uruguayans half volley onto the bar. Diaz also saw a shot strike the post, and the teams went in all square at half-time.

Defences and goal-keepers remained on top in the second half, and despite Klopp making some early changes, with Bobby Firmino, Diogo Jota, James Milner and Joel Matip all making an appearance, the lack of composure in possession continued. It could be mental fatigue, allied with a hangover from last season that is stalling a title challenge, but as Pickford continued to ensure a ninth Merseyside draw at Goodison in eleven seasons, Liverpool are likely to find themselves seven points behind City by the weekend.

Even as early as the first week in September, that’s a lot of points. That many points can only be recovered by a team on top form, stringing together a seven or eight-game winning run, and that looks unlikely in the weeks ahead. Of course, had Pickford not been on top form, and half chances been turned into goals, a third consecutive league victory would give a whole different perspective, but ifs, buts and maybes don’t amount to trophies.

So Klopp now has his fewest points haul, from the opening six games of a Premier League season, since he took the helm at Anfield. Whilst he’ll of course express full confidence in his players, and nobody would surely rule out additions to the champions wall come the end of the season, he’ll know better than anyone that something needs fixing. Let’s hope he knows just what.