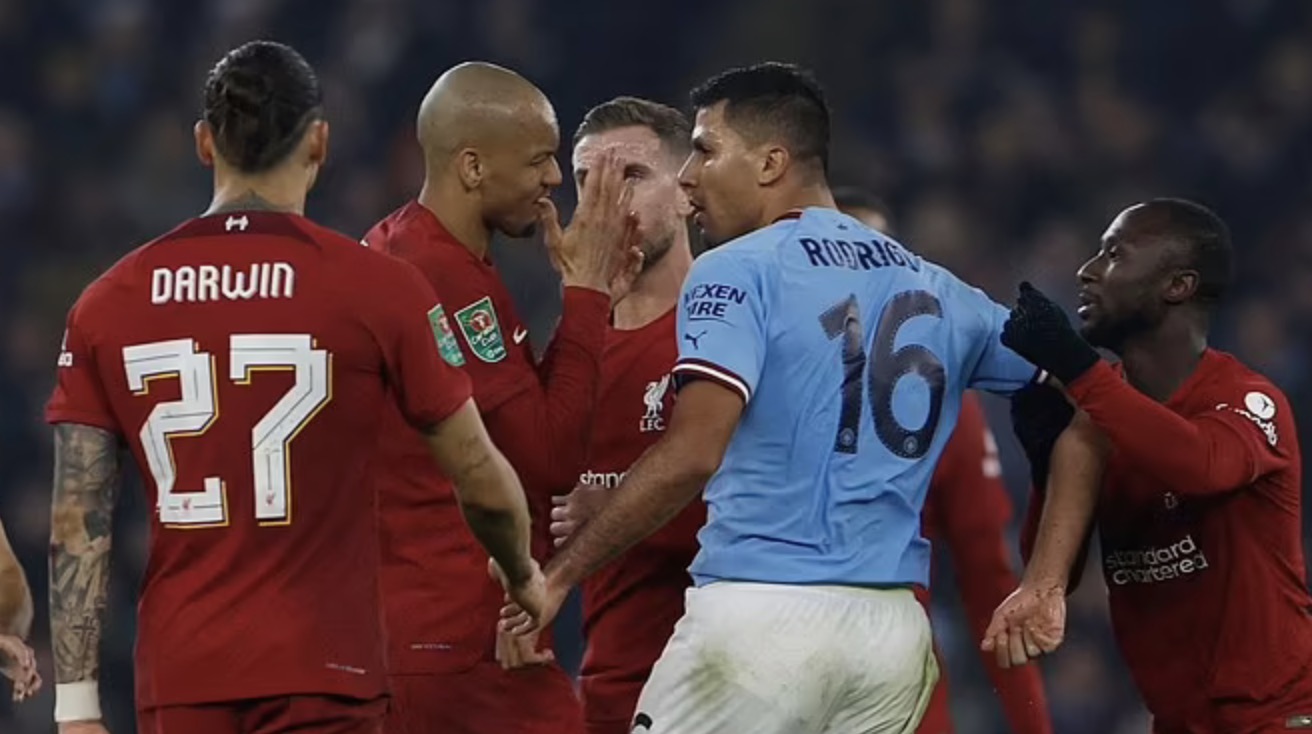 Whilst the early elimination of Uruguay from the World Cup might just explain a quite shocking lack of composure from Darwin Nunez in front of goal, just how do you explain such a shambolic defensive display from his teammates? Liverpool lacked intensity and concentration when this eagerly anticipated League Cup clash got underway, and Manchester City, deserved winners of a pulsating game by a 3-2 score line, swarmed all over their opponents in an opening 15 minutes, all too reminiscent of Liverpool’s season.

It was Joe Gomez who lost the prolific Erling Haaland for the opening goal, and if he wonders just why he failed to make England’s World Cup squad, he’d do worse than watch back his display at the Etihad. Caught out of position, poor in possession, and appearing to lack concentration, a performance equalled in its inconsistency by Robertson, he frankly looks lost without Van Djik beside him. Liverpool’s midfield also lacked sharpness, and despite a composed equalising goal by Carvalho, he lacks the robustness and craft to protect the ball, especially whilst accompanied by the ageing legs of Thiago, himself all too often caught taking too long on the ball.

However, despite Liverpool’s lethargy, and City’s dominance, the game was all square at the interval. It was all square again three minutes into the second half, but only after a sublime first touch and immaculate finish by Mahrez, and an ice-cold finish from Salah, after being found by Nunez, whose pace in our running La Porte was blustering. He found Salah with a square ball, and with the City goal gaping, the Egyptian found the back of the net with ease. 2-2.

As the game entered its final 30 minutes, both managers brought experience off the bench. However, Liverpool’s defensive frailties were once again exposed by Kevin Du Bruyne who, throughout the game, looked back to his best and put in a performance sorely lacking in Qatar. He tormented Liverpool throughout, who seemed determined to allow him all the time in the world to hit pinpoint crosses, and Nathan Ake thumped home a free header at the back post from yet another cross from the Belgian following a corner.

Liverpool though had their chances, not least Nunez, who blasted wide a hat-trick of chances. Naby Keita, surely playing out the end of his career in a red shirt, entered the fray, as did Chamberlain, another whose time at Liverpool is undoubtedly coming to an end. City though simply looked stronger, quicker and match-ready, and in truth, we’re superior for much of the game.

So having given up one of our trophies of last season, and a tilt at the championship out of reach, Real Madrid and Wolves await in the Champions League and FA Cup. It may be argued more important games await in the Premier League in the weeks ahead, especially if the club are to attract the much-needed injection of quality in the squad that’s so obviously required, but a trophy is a trophy, and we now have one less to get our hands on.