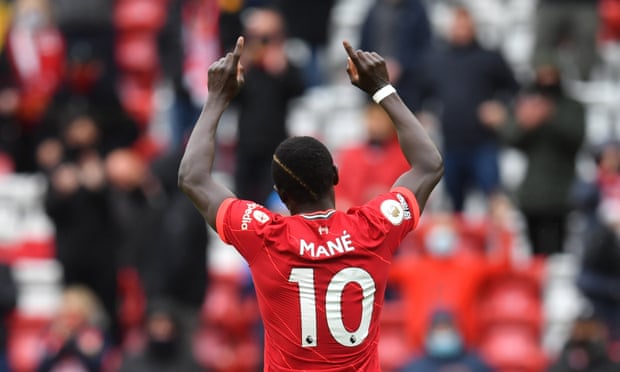 In taking 26 points from the last 30, and in the process, conceding just six goals, Liverpool showed a level of consistency, that not only booked their place in next seasons Champions League but took them into third place in the Premier League.

It’s been a season like no other. Losing six consecutive games at Anfield; being without the worlds best centre-back for the best part of a season, witnessing a dramatic decline in performance from Sadio Mane, and so much more besides, was never in the script for the club’s first title defence in thirty years. Yet somehow, not least due to the truly extraordinary events at The Hawthorns last week, a substantial prize was salvaged from a truly unique campaign.

That said, both Jurgen Klopp and the owners, who to put it generously, have not exactly endeared themselves to the fan base recently, have some very big decisions to make. Though despite the fervent wishes of a substantial number of supporters, I doubt new owners are on the horizon.

The first question, and surely the most important in the short term at least, is who and how many players need to be sincerely thanked, and then moved on?

Some might argue that up to half a dozen of the present squad should be finding other clubs. Divock Origi, Roberto Firmino, Milner, Shaq, Williams, and Naby Keita, might all be encouraged to seek employment elsewhere. Now no doubt others might view that list as harsh, lacking respect (particularly in Bobby’s case), and wishful optimism. It also of course assumes they can be offloaded, and suitable replacements can be found.

Which comes to the second question, which may fall into the category of short to medium term. How ambitious should we be in the transfer market, and what targets have Klopp and FSG already drawn up?

The thought of Haaland or Mbappe charging towards the Kop end decked in Liverpool red makes us all salivate, but how likely is either? Raphinha who has proved his potential quality at Leeds would also be welcome, whilst there is an immediate and pressing need to find Centre Back cover, irrespective of how well both Phillips and Williamson have done recently. I’m sure readers have their own list of players they’d like to see arrive, and those they’d like to see moved on, but whether they chime with the wishes of Klopp are another matter.

A more long term issue is further expansion of the ground. We’ve heard of various plans in recent years of expansion at the Anfield Road end. We’re told such plans are well advanced, and that a capacity of near 60,000 is envisaged. How those plans might be impacted by the financial constraints of the pandemic of course is not known. Any more than similar restraints being imposed upon any transfer activity.

For now though, let’s acknowledge that finishing third in the circumstances we found ourselves in for the last 12months is no mean feat. To have won 8 of our last 10 league games, with a patched up and clearly exhausted team, both physically and perhaps more significantly, mentally, is worthy of celebration. It means we’ve maintained some momentum from winning the title, and rubbishes the nonsensical claim made by Roy Keane, that it’s been the worst title defence in history.

So let’s enjoy the Euros, even though for many of us, endure might be more accurate. Let’s hope our players come back next season with a renewed sense of trophy hunting. That they’re well-rested, and above all, that we begin next season with a capacity crowd at Anfield, cheered on by the many thousands who were denied the chance to give a heartfelt thanks to the extraordinary effort by so many, in bringing the crown ‘English Champions’ back to Anfield, even if it was twelve months ago.