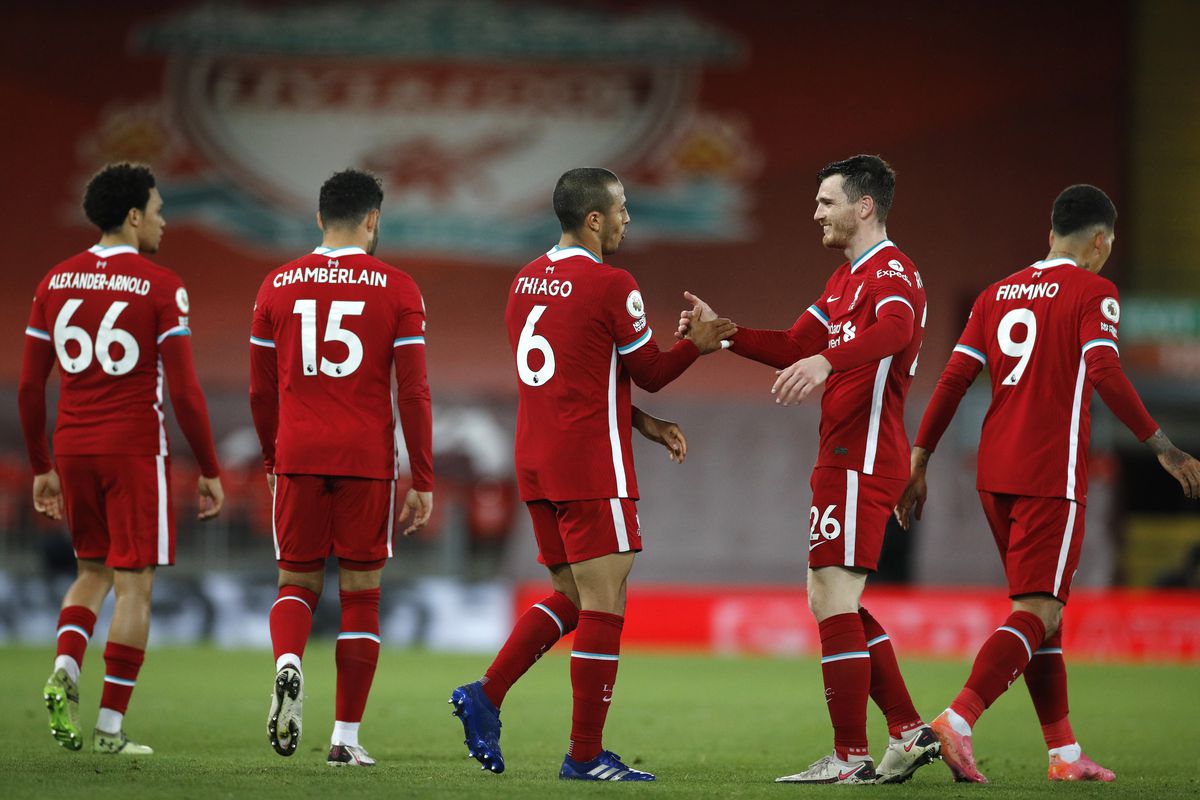 The fact that Liverpool are still in with a shout of qualifying for next seasons Champions League, shows just how bang average this season has been. Even Man City can only achieve 89 points at most when they inevitably win the Premier League, whilst someone, maybe us, will be playing in Europe’s elite competition next season having won fewer than 70 points.

Three points were claimed at Anfield on Saturday, largely thanks to woeful Southampton finishing, a return to the world-class form of ‘Ali’, and the first goal of the season by Sadio Mane following an assist by Mo Salah. Had Danny Ings laced up his boots for Saints, his return to Anfield would surely have meant the south coast team leaving Merseyside with at least a point, if not all three?

The profligacy of Southampton’s forwards was not, however, finally seen off until Thiago, again a liability anywhere near his own goal, struck a low struck shot into the Kop end net as injury time approached. Prior to that, I’m sure I wasn’t alone in foreseeing the inevitability of us conceding a late equaliser. Thiago put pay to that recurring theme, but the fact our second goal came so late, made the second half as tortuous as our previous outings against Leeds and Newcastle.

But let’s be optimistic, before we wish an end to what’s been such a disappointing season.

If we can take three points at Old Trafford on Thursday, our final fixtures are very winnable. Especially as our performances are certainly on the up, even whilst being some distance from the brilliance of last season. It is though, a big if. Even under Klopp, our record at the home of our biggest rivals is very poor. Gaining a draw there last season, when we salvaged a late point, was certainly acceptable, as it maintained our unbeaten start to the season. However, anything less than a win this week, will surely, once and for all, put our champions league hopes to rest.

Undoubtedly, the squad is in need of refreshing. It may even be that the owners’ embarrassing attempts to be part of the ESL, and their equally embarrassing tone-deaf apology that followed, may hand Klopp a transfer kitty he hadn’t expected. Let’s hope so. For us to challenge again next season, some new players are undoubtedly needed, whilst others deserve our undying gratitude for the massive contribution they’ve made under Klopp.

Roll on next season.