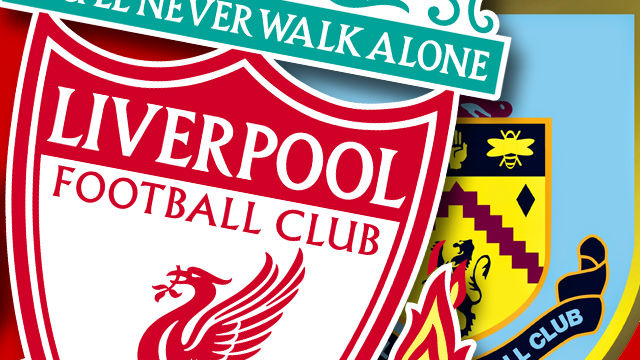 What a start to the season! 3 from 3 with a trophy under our belts and it’s still August! The mood around this Liverpool squad is absolutely buzzing at the minute and that positivity can only bring good things for the coming season. I said in my previous article that it is far too early to think about the title; rather just play each and every game as a must win. But it’s hard to deny that the feeling isn’t there when we can dismantle a reinvigorated Arsenal team who looked to be on the up; and still are to be fair.

We now travel to Burnley in a fixture that should be overly physical and demanding on both sides. In this fixture last season we saw Joe Gomez sidelined after a heavy tackle left him with an injury. Jürgen Klopp condemned the attitude of the Burnley players as the match was scattered with questionable challenges although Sean Dyche had no remorse. We kick off this fixture on Saturday at 5:30pm BST.

There’s not much to say about Burnley that we all don’t already know. This season they seem to be the same old Burnley with the constant deployment of long-balls to their physical forwards while, off the ball, we see them defending with every player behind the ball. This is especially evident when they play any of the top 6 sides and was definitely on show when they played Arsenal earlier in the season. To be fair though they almost got a result out of that match so there is not much to criticise. After all their aim is usually to stay in the Premier League and they have been successful for the past few seasons; if it isn’t broken then don’t fix it.

Burnley did however suffer a confidence hit throughout the week when they were humiliated by League One side, Sunderland, when they were beaten 1-3 at home in the Carabao Cup. The timing of this result for Burnley is unfortunate as they now must host a confident and firing Liverpool side that has just brushed aside Arsenal.

Before I get into our current form I’d just like to make a mention of our pre-season form and the panic amongst some of our fans when we lost to the likes of Borussia Dortmund and Sevilla. Going forward let’s all please see pre-season for what it really is; training. Pre-season results mean nothing. As long as our players are getting match fit then nothing matters. Our current form Is a testament to this.

Now that that’s cleared up let’s look at the current form of the first team. We officially have the unofficial best attack in Europe. I mentioned a couple of weeks ago that the strength in our front 3 comes from the fact that they work for each other and if one isn’t firing then you can bet your house on the other two turning up. Two weeks ago we were hailing Sadio Mane as our most important player this season, only for Salah to catch the headlines while he put on an absolute masterclass against Arsenal where he scored a brace. Their relationship with each other is as healthy as ever and I expect it to flourish even more throughout this season.

A positive note to take from the Arsenal match is how solid our defence looked throughout the match. The only two clear-cut chances Arsenal had in the game came from a miscommunication between Adrian and Van Djik which saw Aubameyang miss an open goal from quite a distance. The second was of course Torreira’s goal which we can all admit was soft and came when the game was already wrapped up. With that said though a bit more professionalism was required to deal with that situation as it was definitely a preventable goal. But again, that game was a stepping stone to our defence finding their feet again. I wouldn’t say they have recently lost their touch, more that they have just conceded silly goals; nothing more and nothing less.

No doubt Burnley will be a tough opponent away from home given the way they set up but I can’t see a fully fit, aside from the absence of Alisson, and firing Liverpool losing or even drawing to this team. Let’s get all the 3 points and keep moving forward!

Let us know in the comments who you believe should start.