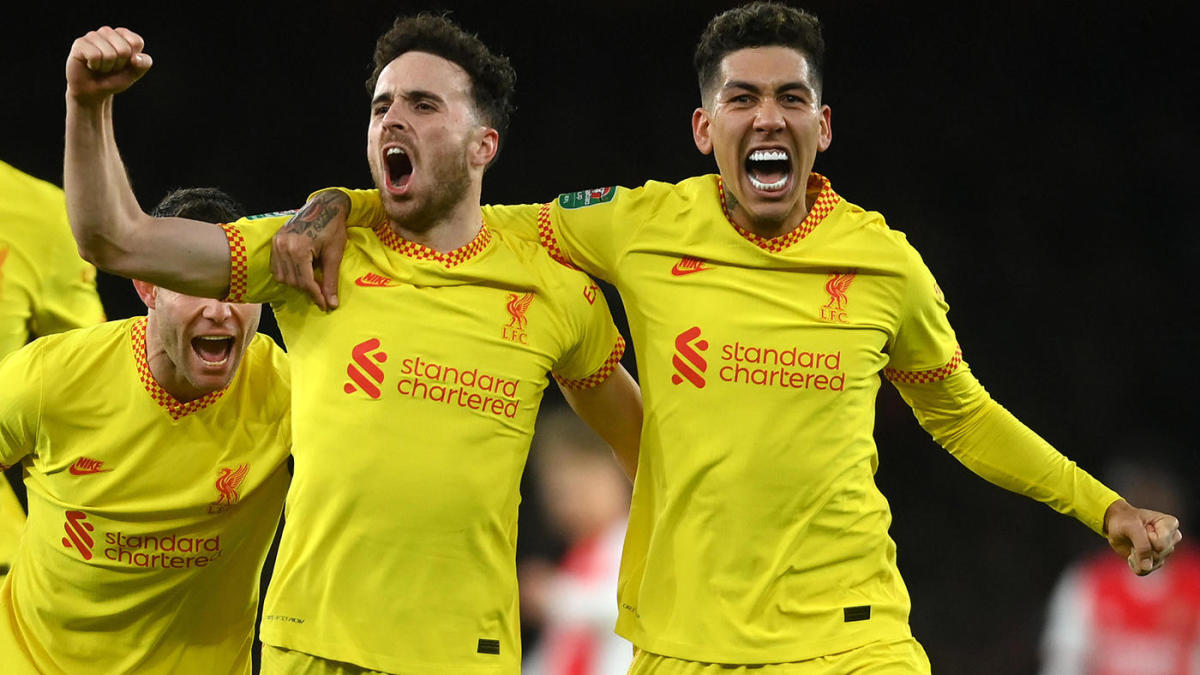 Two goals in eight crucial minutes early in the second half settled this game in Liverpool’s favour. Diogo Jota, with his customary goal against Arsenal settled the nerves, whilst Bobby Firmino, netting for the ninth time against the Gunners, effectively secured the vital three points, as Liverpool pile the pressure on a Manchester City side who’ve now seen their lead at the top cut to just one point.

Jurgen Klopp had spoken pre-match about his side’s tendency to start games slowly, but in a first half in which Arsenal were the better more progressive side, the managers message appeared to go unheard. Liverpool were lethargic in and out of possession, and Sadio Mane, who has been short of form for some weeks now, really was very poor throughout. Indeed, the whole side were poor, with the relentless fixture list perhaps catching up with some, and other than a Van Djik header from an early corner, Liverpool barely troubled Arsenal in a largely uneventful opening forty-five minutes.

The second half began in the same mode, and with Salah and Bobby warming up on the sidelines, it was clear Klopp had seen enough, but it was at this point that the game changed. Thiago, who just minutes before, had to rely on Allison to spare his blushes after an awful back pass, slid in Jota. The Portuguese striker, taking the pass on his left foot, strode forward, and his shot beat Ramsdale at the near post when the Arsenal goalkeeper really should have done better.

It was very soon two-nil, but not before Klopp took off the goal scorer, and a clearly tired Diaz, who’d struggled to get into the game. This time it was Robertson, with his 50th Liverpool assist, who found Firmino, who dazzled in his thirty-minute cameo, just a yard out, who deftly put it past a despairing goalkeeper. Arsenal, who continued to look for the dangerous Martinelli, who gave Trent a difficult evening, had by this time, had the wind taken from their sales. They tired badly in the final twenty minutes, and Liverpool saw the game out in relative comfort, especially as Martinelli squandered an opportunity for his team in the final stages.

So yet again, Liverpool won without ever really sparkling. Not only are the forwards consistently finding the net, but three consecutive league clean sheets are also providing a platform to go on and win tight games. They remain in contention, however remote, for an unprecedented quadruple, and with an FA Cup quarter-final up next, who’d bet against it.