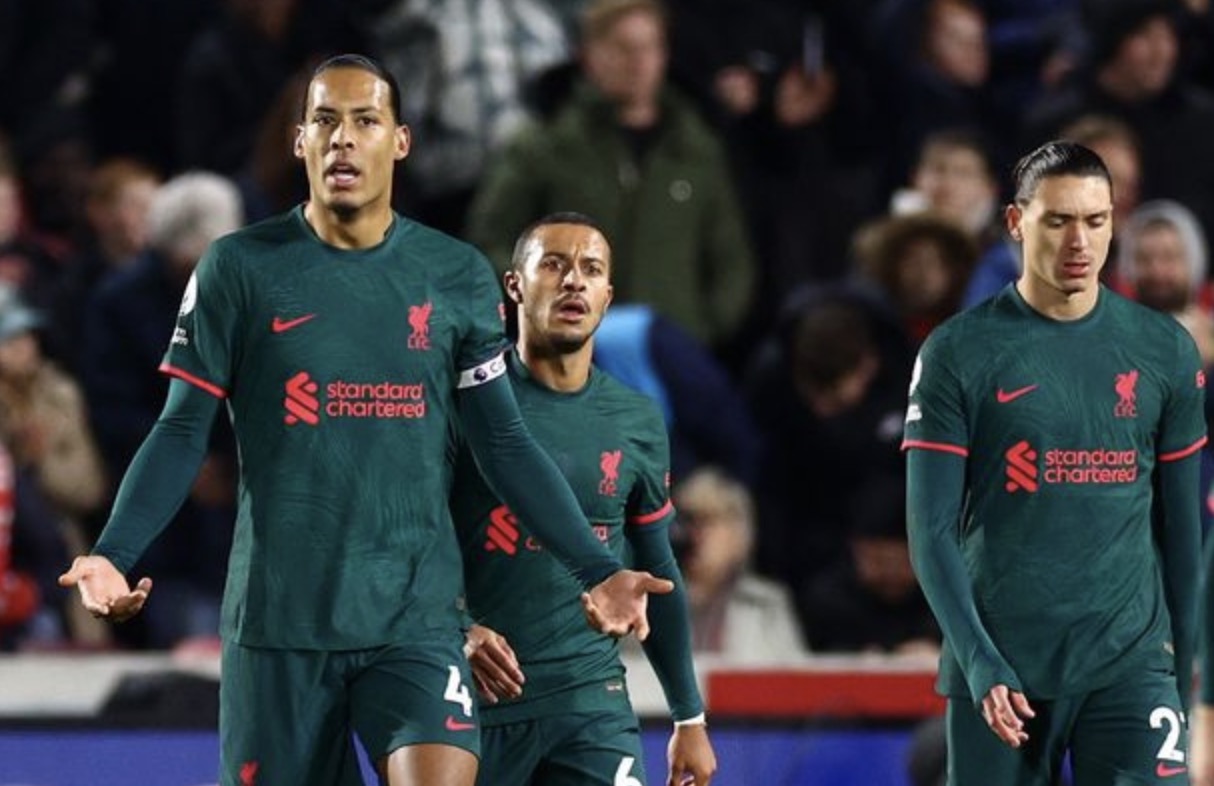 Perhaps this game may have finished differently had the erratic Nunez taken an early chance, or Tsimikas scored from six yards after Brentford had taken the lead. Perhaps? Frankly, though, it’s doubtful and once again Liverpool failed to deal with the intensity of a home side that refused to play into Liverpool’s hands.

Liverpool were lucky on Friday against Leicester, but yet again, failed to learn the lesson. Brentford thoroughly deserved a victory that once again must raise questions on Liverpool’s ability to secure Champions League football next season. Sloppy and slow in possession, appearing to expect the opposition to roll over, and an apparent determination to play into the hands of a Brentford side that rely so much on set play.

Elliot, Tsimikas, Thiago were all guilty of giving the ball away, bringing pressure on their team, and enabling Brentford to bombard Liverpool’s penalty area from corners and throw-ins. It was as if Klopp’s men didn’t know how Brentford play. Yes, the first goal took a deflection off Konate, but to then concede a further two goals from corners, only to be saved by VAR was shambolic and extraordinarily inept. Worse still, within a minute of VAR coming to the rescue, they again gave the ball away, and promptly went two behind.

The anger displayed by Klopp, at a first-half display so reminiscent of previous defeats in such similar circumstances, led to three changes at half-time. He could have changed just about any three of the outfield players, but chose to bring on Robertson, Keita and Matip, as Van Dijk nursed an injury sustained in the opening half. Initially, the changes bore fruit, when Trent found Chamberlain with a left-foot cross, that glanced into the Brentford net.

What appeared to be an inevitable onslaught, however, just didn’t materialise. There was little width or invention, and though Keita injected some energy into a lethargic midfield, very little was created. Indeed, another goal for Brentford looked more likely, and it came. Protestations from Konate that he was pushed were groundless, Alisson was unable to come to the rescue, and the decisive moments that had gone Brentford’s way throughout, brought an end to the contest, if not the game.

So where do Liverpool go from here? Six points from nine over the festive period is on the face of it, not too bad, but an opportunity to leapfrog a faltering Spurs wasn’t taken. The side looks physically and mentally fragile, not to mention stale, particularly in the engine room of all successful sides, midfield.
Comments from Klopp in recent days appear to suggest that midfield cover won’t necessarily be obtained during the January transfer window. If that’s the case, a fear of more of the same is a very real possibility, with Liverpool inevitably being stung once again by so-called inferior opposition.