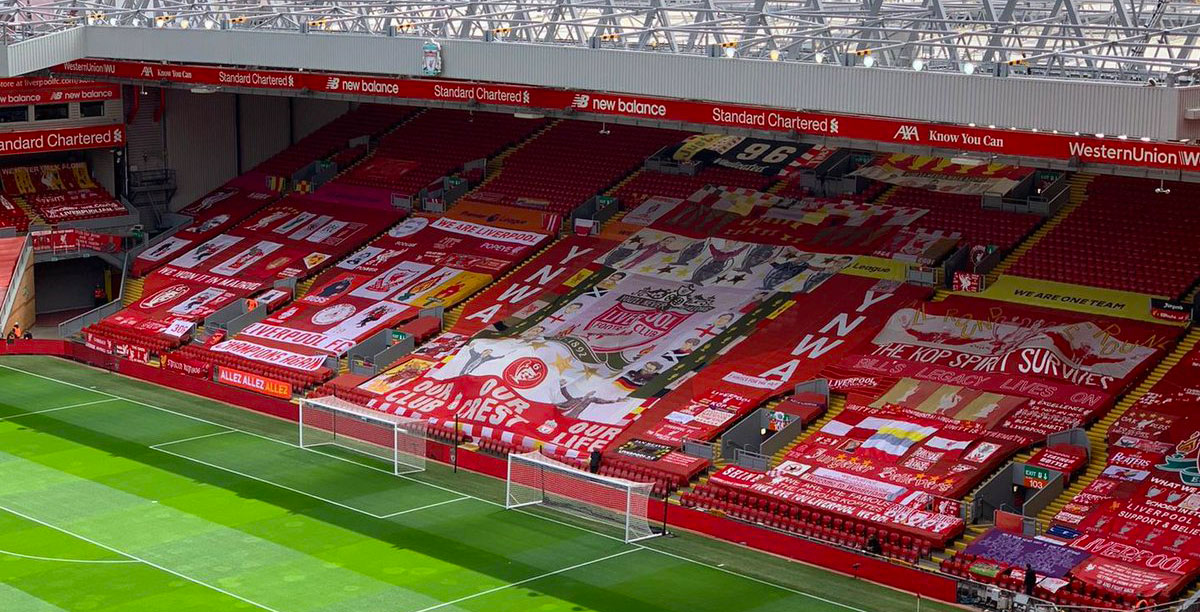 Whilst Liverpool’s title defence can be best described as disappointing, it’s fair to say, that had we added our 19th top-flight title, at any point in the previous 30 years, it would have all been so different.

Different, because the opportunities that ordinarily would have arisen out of the ultimate domestic success, would surely have been more easily grasped, but also because had the fans been able to celebrate en masse, and subsequently been allowed into Anfield, we’d have raised the roof with 90 minutes of continuous noise in appreciation. Our home league results may even have reached the heights of last season when only Burnley denied us three points at Anfield.

Burnley of course, are one of far too many teams, to have deservedly beaten us at what was fortress Anfield, this season. This home campaign, defending our Premiership crown, seems to have the team in shackles. The players appear inhibited, lacking inspiration, and desperately missing the advantage of attacking a raucous, vociferous Kop end, sucking the ball into the net, as Shankly once put it.

Of course, constant injuries, and an ever-changing line up haven’t helped, but it’s difficult to imagine our results being quite as bad as they have been, had Anfield been full for every game. Players would have fed off the enthusiasm of supporters, and our opponents would have likely been more inhibited, as has been the case in the past.

Tragically, the worldwide COVID pandemic has meant many sterile, lifeless games, as nationwide, fans have been prevented from attending. At times, it’s been akin to watching a training match or a meaningless friendly. But of course, they weren’t friendlies. They weren’t meaningless. Points and honour were at stake, and we’ve consistently fallen well short.

The denial of a parade through the city, to celebrate our title triumph, also meant the many who sadly can no longer get into games at Anfield, couldn’t say thank you to our heroes. It also prevented the players from appreciating just how much our success meant to supporters who’ve waited so long for their team to be crowned English champions. You only had to see the many thousands who packed the route of the bus tour, following our European triumph in Madrid, to understand just how an emotional and excited crowd would have inspired the players going into this season.

Of course, the pandemic undoubtedly had other, perhaps under-appreciated, consequences for the club.

Financially, not only was there the season-long loss of matchday revenue. Matchday revenue that would certainly have seen a substantial increase, given the obvious demand for scarves, shirts, and just about anything else proudly advertising our first Premier League crown. But in addition, the club must have been adversely affected in maximising more long term global revenues from that title triumph. The increased interest of an expanding worldwide fan base, whilst the club had a unique marketing opportunity to increase merchandising revenues, must have also affected spending plans not just for this season, but assumed and possibly budgeted for revenue for two or three seasons to come.

Those unexpected financial restraints may well have played a part, in what appeared from the outside, to be a somewhat unfocused and haphazard transfer strategy. The disruption to the plans of the club in attracting further worldwide players may ultimately be responsible for our apparent scramble in trying to sign essential defensive cover in January. Of course, not being privy to the inner workings of the club, we’ll likely never know how true that is, but I cannot help but think that the consequences of the pandemic must surely have severely dented the financial plans of FSG.

So, whilst we must of course recognise that the consequences of COVID have many more serious repercussions for society than obsessing about the impact it has had on elite professional football, we certainly have been unable to take advantage of the opportunities a championship-winning club would normally have seen from such a triumph.

There’s only one thing for it. We’ll have to win it again, and soon.