A Time for Optimism 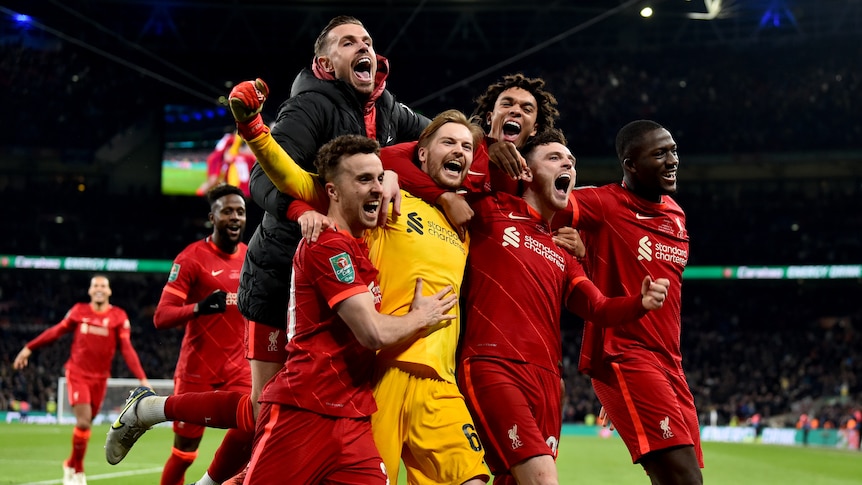 In London for a few meetings, I happen to be stopped by no less than three strangers along my travels. All three identify my scarf as Liverpool, tried and true, and I ask them all the same question: “How are you feeling about the season? Can we possibly finish this quadruple?”

The answer all three times is a resounding: “Yes!” They all then of course backtrack a bit, talking about how difficult the feat would be, that there are still so many games left to be played and the like. Yet, as I part ways with each, they circle back again, saying that if any team could do it, surely this one, with this manager, has what it takes.

Their optimism and confidence is very well-founded. This Liverpool team is becoming a sleeping behemoth that is sneaking up on people. While many talk about the greatness of City, or the dominance of Bayern or the star power in PSG, it is Liverpool that currently seem the most likely to be competing in multiple finals this year. With one trophy already secure and three left in front of them, the time is ripe to puff out the chest a bit regarding this squad.

The recent addition of Luis Diaz has been nothing short of a master stroke. His performance against Benfica was so all in action and spell-binding that it left the rival fans literally hurling sticks and lighters to find a way to stop him and the Reds. Adding him to what is already such a potent attack seems almost overkill at this point but it provides Jurgen Klopp with the very thing that is required to compete on all fronts: squad depth and competition.

For a stretch early in the season, Mo Salah was a man on a mission. His goals and wide play made the team fire and many wondered what heights he could hit. Then came AFCON and the disappointment of missing World Cup qualification coupled with the still unfinished contract negotiations and it would be fair to say that his levels have dropped for the moment. His class will show through in good time, no doubt but in the meanwhile, Jota and Diaz have proven utterly invaluable.

Likewise, being able to bring in some depth in defence has kept the Reds stronger than ever, especially after the horrors of last season. Fabinho and Hendo being able to stay in midfield and VVD being his fit, calm as you like self have allowed Liverpool the platform to become rock-solid in defence. It’s a real testament to the team overall that they have the superior goal difference this season in the league, a mark of a great attack but an equally stingy defence.

In the matches to come, starting with Sunday’s juggernaut with City, destiny is right in front of the team. Klopp has managed his side very well of late, seeming to sub in the right player at the right moment or giving a start to someone unexpected to boost their confidence. What he’s been rewarded with is a team that is hungry for success and still looking to support one another, a rare blend of chemistry and talent that wills out when games become more challenging and the pressure mounts.

This team has been there, done that and is ready to let their play do all the talking. Regardless of the outcome, the confidence that those three fans had in the team is not to be forgotten and will be cherished in the days and months ahead. All you can ever ask for is a chance at history, and this team has that right before them, ready to add another chapter to their glorious history.