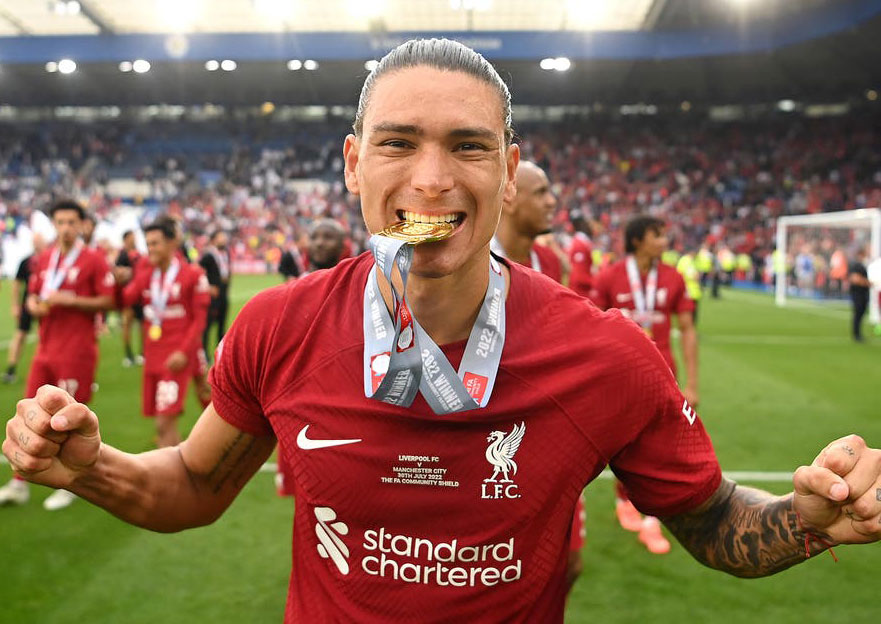 “We’re on for the Quintuple!”

Those were the contrasting emotions as the match finished up at a local pub I was at to watch the “first final” of this new season. All the obvious caveats abound but what cannot be denied is that the game certainly was played at a higher intensity than a regular end-of-pre-season match. Tackles were flying in, players were demanding penalties left and right and chances abound.

Liverpool came out the gates flying, as is the Jurgen Klopp way. Mo Salah, looking freshly tan and with a hint of blonde in his hair, picked up where he always does: being a menace in space and running at defenders, most of whom are barely back from the beach still. What was clear from the get-go was that City looked a step slow, especially on defence. Certainly a good deal of this is because they’ve just had fewer matches of pre-season in them and thus, fewer chances to really weave and build the tight triangles and angles that are the City standard. After the TAA goal, which came on a bit of a deflection to be fair, City began to grow into the game. As if someone had woken them up from their stupor.

The subplot of the game of course was the new strikers up top and the very early signs are that Haaland and company will need a little bit more training ground time before he is fully unleashed. His talent is undeniable and even on a slow day for him, he nearly had a hat trick. He’ll be completely fine so long as he and his teammates sort out the timing of runs and passes.

What he brings to their team is so different from the way they play that it was inevitable in a way he’d look out of sync.

On the Liverpool end, Darwin Nunez immediately made an impact when he was introduced around the 60-minute mark. Bobby Firmino, whom I have an undying loyalty and love for, will remain his ever silky, linking self and there will be matches this season where his skill will prove essential full stop. However, today was about Darwin. In the same way as Haaland, he brings a dynamic that Liverpool have not had since Luis Suarez: a true tip-of-the-spear attacker that strikes at the very heart of a defence. Just like his City counterpart, he had at least 3 good chances and luckily buried the final one for the cherry on top.

What was very fun and obvious was that he has already been embraced by the team and the supporters. He also will be key to adding another element to Salah’s game especially as Nunez now gives him and Luis Diaz (and eventually Jota and Firmino if they play alongside at all) someone to aim for or cut back to when they are making their marauding runs at defenders. The third goal was everything all put together, Salah out wide in space, crossing it to Robbo who set it on a plate for Nunez to finish. Again, all the talk of it still being pre-season and such abound but these sort of moments are the glimpses of what already looks like a really good understanding among the new players.

Overall, as Jurgen said post-match, it’s nice to win and it means nothing going forward. It’s a great chance to see what level of fitness his team is at (Very high) and how they are understanding one another (Also high and growing). Beating City of course is always sweet but frankly, this shouldn’t be taken as a marker of how the season will unfold. In the coming days, I will make my overall season predictions and I do indeed think Liverpool have a level higher they can take things while City have some questions, especially at the back, that could keep them from all their dreams.

Still, it’s “just” the Community Shield. But, we’ll take it. Every piece of silverware is fun and hard-won. Both things can be true. Here’s to one more week of prep and then the sprint begins all over again. I hope everyone has gotten a break and rested up, because there is no sleep until probably December.