A Brace From Bobby Dazzles Benfica 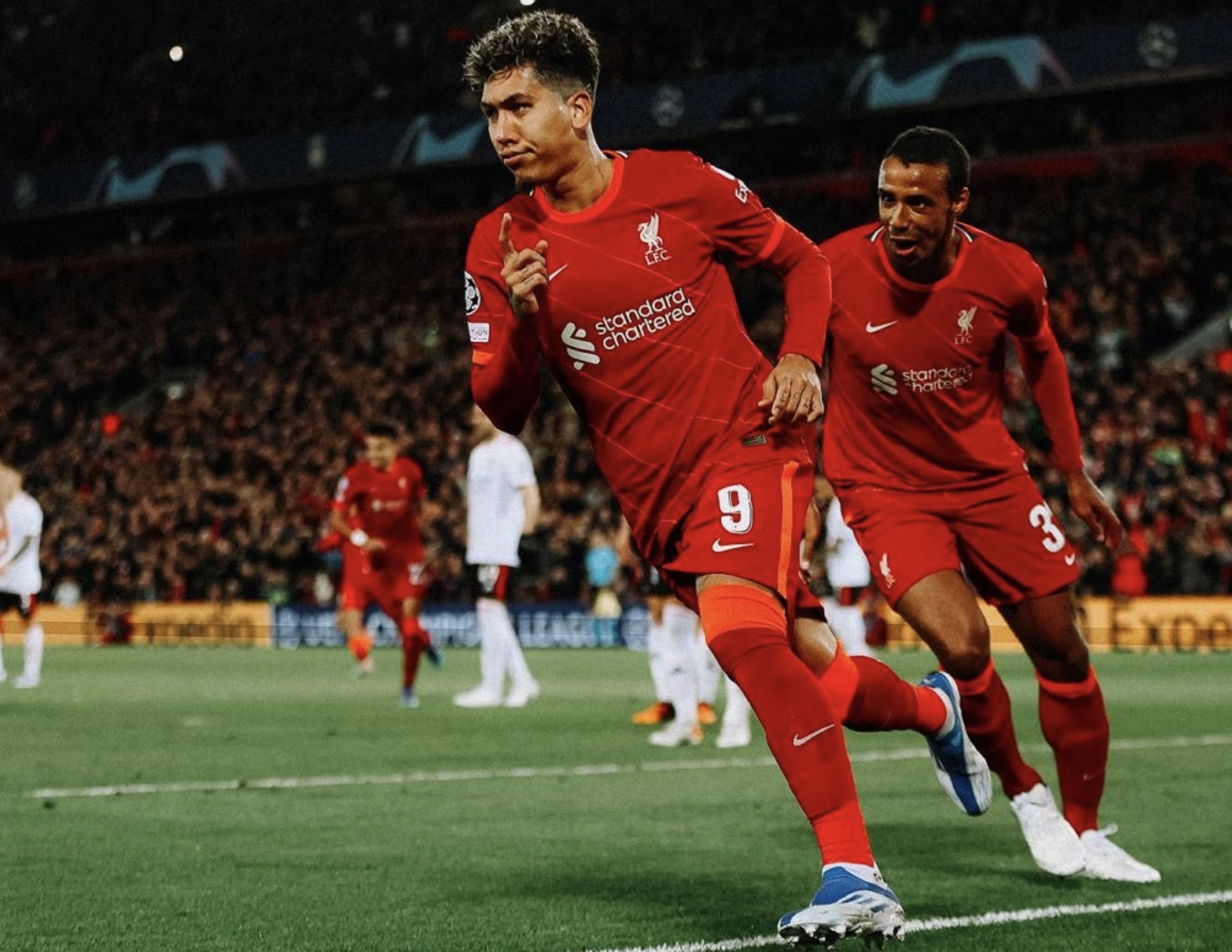 ‘I’m in love with him, and I Feel Fine’, sang the Kop, as a brace from Bobby, saw Liverpool book their place in a twelfth European Cup Semi-Final.

In a thrilling draw with Benfica, which saw the Portuguese footballing giants secure a late equaliser on the night, from the impressive Darwin Nunez, Liverpool remain on target for a historic quadruple. A trip to Villarreal stands between them and a tenth European Cup Final, whilst Manchester City must be overcome this Saturday, to book their place in the FA Cup Final.

Making seven changes from Sunday’s starting eleven, and having a 3-1 lead from the first leg, Klopp may well have had an eye on that cup semi-final. There was a return for Milner, who clearly struggled, whilst Keita, Gomez, Firminho, Konate, Tsmiskas and Diaz all started. Those changes undoubtedly played a part in a somewhat disjointed low intensity start to the game by Liverpool, before Konate replicated his headed goal from a corner, scored in the first leg, to put his team one up once again. Benfica though soon equalised, with the ball deflecting off 37-year-old Milner into the path of Ramos, who stroked it home with some aplomb.

Beginning the second half 4-2 up on aggregate, and with Liverpool remaining quite sluggish, Klopp had clearly seen enough as the hour approached. Yet, as the substitutions appeared imminent, Bobby dazzled Benfica with a brace. The first, from a Tsmiskas cross, following a panicked clearance from former Spurs defender Vertonghen, whilst the second, a controlled half volley, also came courtesy of Robertson’s left-back understudy, who had an excellent game marauding down the flank.

The tie and game looked settled, but despite the appearance of Salah, Thiago, Mane and Fabinho, Benfica continued to believe, and goals from Yaremchuk and Nunez threatened to silence the Kops new heartfelt rendition to Jurgen Klopp. The Beatles ‘I Feel Fine’, the lyrics of which have been only slightly altered, to reflect the Love that surely all Liverpool fans have the German, was first heard at the Emptihad on Sunday, and it rang around Anfield, as Liverpool eventually saw out the tie, to win 6-4 on aggregate.

‘I’m really happy because being in a semi-final is so special’, said Klopp after the game. He may have added, that under his management, Liverpool are just two games away from their third Champions League Final in five seasons. A truly extraordinary achievement. Of course, there may be even more extraordinary achievements ahead, for having already secured the Carabao Cup, with just weeks remaining of the season, his team, this team, and our team, remain in the hunt for what would be a truly phenomenal feat.