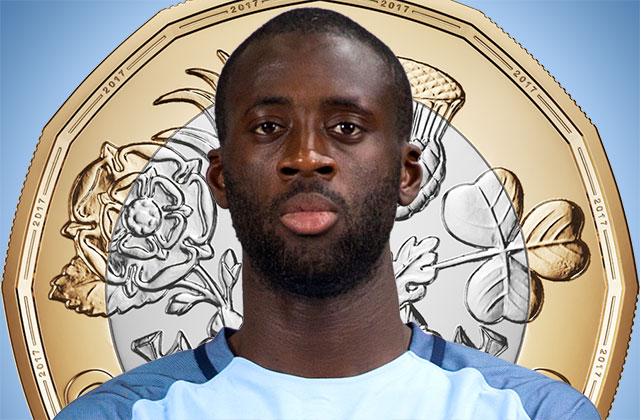 Yaya Toure leaves Man City when his current contract expires this summer and his agent has made a bold claim about his wage demands.

The Ivory Coast international wants to continue playing Premier League football and is willing to play for £1 a week, according to Dmitry Selyuk.

“Yaya has many offers from different countries, where they are ready to pay a lot of money, but we decided to dedicate the next season to Guardiola, and to prove and show the fans of Manchester City that Yaya has not finished with football,” he said. “He is full of energy and wants to play this season in England.

“At a time when huge sums are being spent in England for the purchase of football players, I officially declare that Yaya is ready to move as a free agent to any English club of the top six with a salary of £1 a week. But for certain successes to make a bonus system.

“I believe that a player like Yaya would not reject Arsenal, Chelsea, Manchester United, Tottenham and Liverpool. Yaya is a winner, and never before has a top footballer with leadership qualities rejected any club, especially when they don’t have to pay for it.”

The 35-year-old would certainly become the oldest player at Liverpool, should Jurgen Klopp be tempted to bring in a player of such experience. However, its likely the Reds will pass as Klopp prepares a younger squad for the long term.