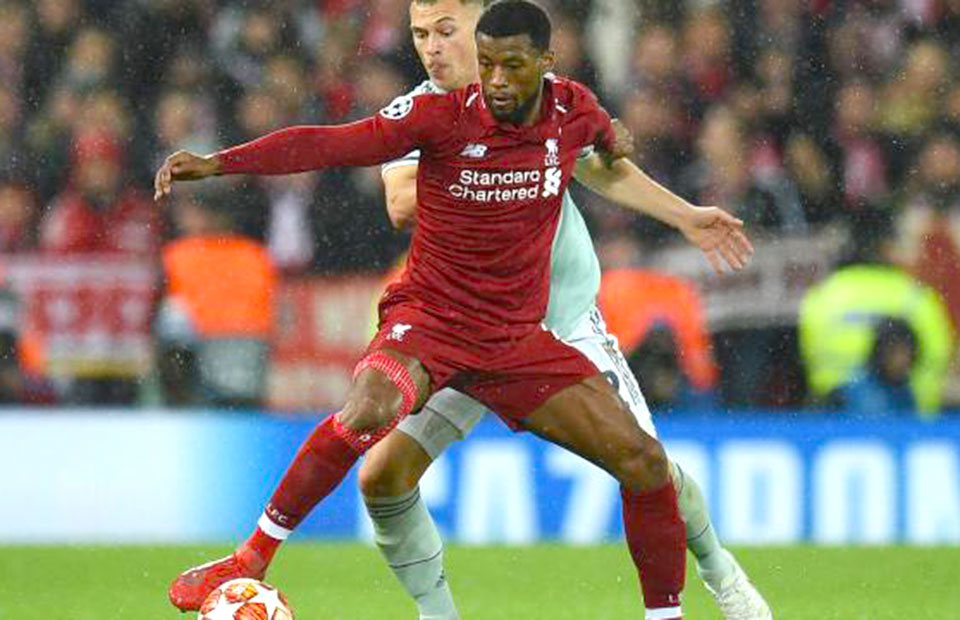 Gini Wijnaldum was happy with Liverpool’s performance in Tuesday night’s goalless draw with Bayern Munich and believes the Reds can beat the German side to a quarter-final place.

“We played a good first half,” the Dutch midfielder told the official site. “The second half was OK, we created chances, unfortunately we didn’t score a goal. We were not lucky with the chances. But the good thing is we didn’t concede.

“The last pass we gave was not that good. Sometimes you have those kinds of games – that you don’t score the chances you have or not give the final pass well. We have to deal with it.

“The way we are playing we have the quality to create chances. That’s why I’m happy we didn’t concede.

“I’m not really worried about scoring goals because we already showed we can do it in games before. We just have to do it again there. Hopefully we have a little bit more luck with the chances and hopefully we win.”

Virgil van Dijk will return for the away leg in Munich on 13th March after serving his one-match suspension, while Roberto Firmino will be back to full fitness after struggling through Tuesday night’s game with a virus.