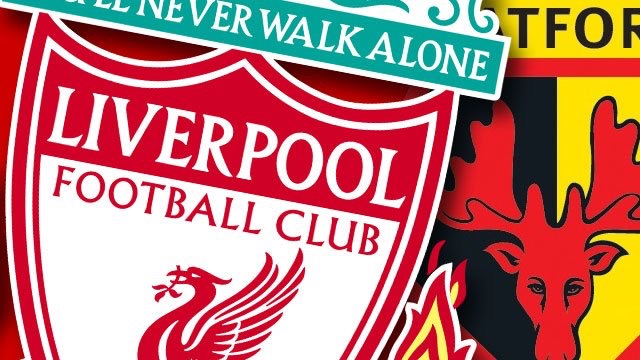 Liverpool take on Watford this Saturday at 3:00pm at Vicarage Road.

Liverpool hosted struggling Fulham at Anfield in what was a routine victory in the end. Goals from Mohamed Salah and Xherdan Shaqiri wrapped up all three points for Jurgen Klopp’s side.

Liverpool remain unbeaten in the Premier League this season, and currently sit second in the table behind Manchester City.

Last time out for Watford

Watford played out a 1-1 draw with Southampton are St Mary’s Stadium. Manolo Gabbiadini put the hosts ahead before a late goal from Jose Holebas rescued a point for the visitors.

Liverpool have a mostly-fit squad, with Adam Lallana the only predicted absentee (minor injury). Captain Jordan Henderson returns after overcoming the hamstring injury that forced him to withdraw from England duty during the week.

Watford received a boost with Sebastian Prodl and Troy Deeney returning from injury, while Etienne Capoue is available for selection again after suspension. Adalberto Penaranda won’t feature even though he received a work permit in time for the match.

Mohamed Salah seems to finally be hitting form once again, with the Egyptian looking increasingly confident over the last few games. While Liverpool’s key man is usually the seemingly-unbeatable Virgil van Dijk, I think Salah will make the difference at Vicarage Road.

Watford are having another good season and currently sit seventh in the table, level on points with Manchester United. Troy Deeney is likely to be the Hornets’ key man again tomorrow as he prepares to make his first start in seven weeks for Javi Garcia’s side.

I can’t see there being too many deviations from what is becoming the tried and tested Liverpool starting XI for this campaign.

A back four of Alexander-Arnold, Gomez, Van Dijk and Robertson will shield Alisson in goal. Ahead of them will be Fabinho, Wijnaldum and Milner, while the familiar trio of Firmino, Salah and Mane will lead the attack.

I’ve omitted Henderson from the starting line-up as I think it’s slightly too soon for him, though he’ll likely make a sub appearance. I also think Klopp will choose to use Shaqiri from the bench despite his recent excellent performances for the Reds – were it a home appearance with the Anfield faithful behind them, the Swiss playmaker would start the match.