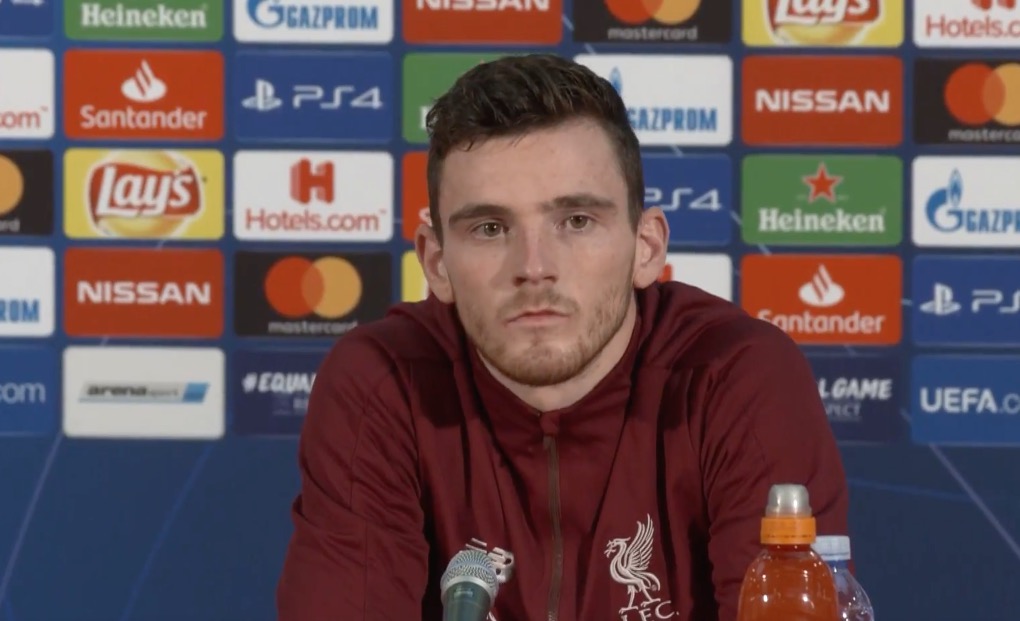 Jurgen Klopp and Andy Robertson talk to the press ahead of Liverpool’s Champions League game at Red Star Belgrade on Tuesday night.

“We play fast and we’ve got a chance of three points and that’s what we’ve got to focus on,” said the left-back. “If we put it there then we go top of the group going into the last two games, which is obviously good for us.”

Klopp added: “We’ve just got to focus on the opponent we’re playing and not the group, get the three points and then we can focus on the last two games.”

“We have to be very strong, football-wise. We are from Liverpool so we know how big influence the atmosphere can be.

“The only way I know to cool the atmosphere down is playing really good football and that’s what we have to try. We will be ready then the boys have to do the job on the pitch.”