HomeNewsTrent wins Player of the Month for December

Trent wins Player of the Month for December 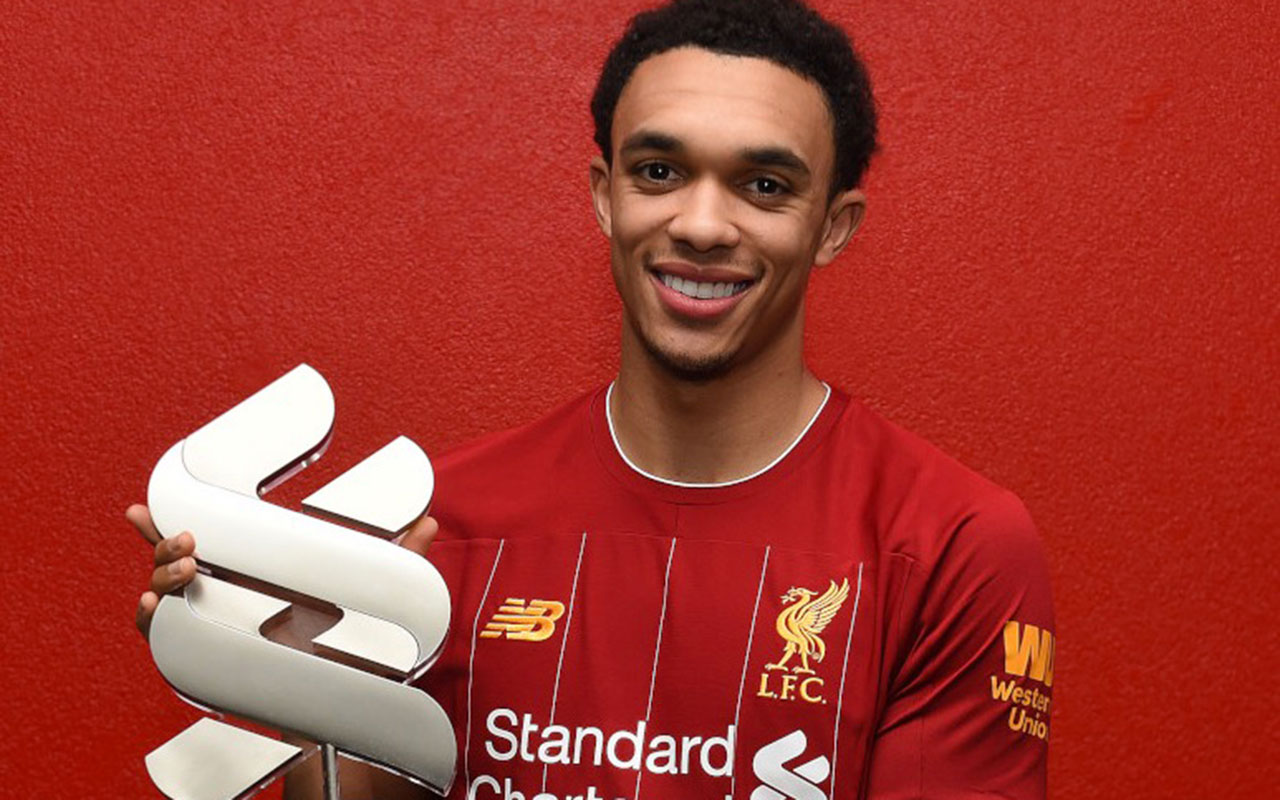 Trent Alexander Arnold has topped his amazing 2019 off with the Liverpool FC Standard Chartered Player of the Month award for December.

The 21-year-old right-back has been in fine form in recent weeks, with four assists and a goal to his name as Liverpool dominate in the Premier League, progressed to the last 16 of the Champions League and were crowned World Champions in Doha.

“It’s a massive award for me coming from the fans, so it means a lot,” he said. “It was a good month for the club as a whole; we obviously won a trophy and had some good results in the league.

“I’m really proud and hopefully we’ll be able to keep up the good form.”