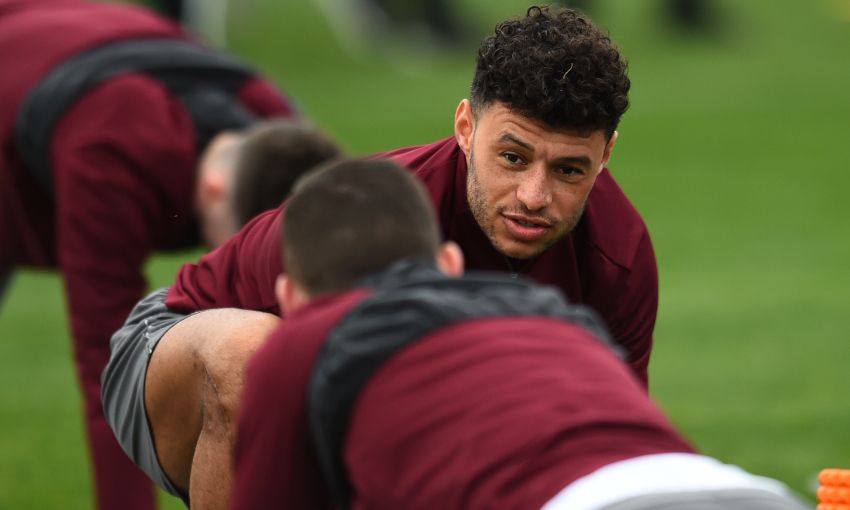 Trent Alexander-Arnold was happy to see Alex Oxlade-Chamberlain and Rhian Brewster back in training at Marbella this week.

The two Liverpool players are back from long-term injury, at a time when manager Jurgen Klopp needs a full strength squad to select from, with crunch matches against Bayern Munich and Manchester United coming up next week.

“It’s something that lifts the spirits massively,” said Alexander-Arnold, who has only recently returned to action following his injury lay-off. “You see them every day in the treatment room, you see them around, and I think everyone just instinctively asks them how long they think it’s going to be now.

“It’s been a really long journey for both of them; Ox’s has been more high-profile than Rhian’s, but Rhian has put in just as much hard work as Ox has. A lot of credit needs to go to him at such a young age. He hasn’t played with the first team much, but he has been put in an environment where he is in and around the first team but hasn’t had the chance to quite show himself.

"It's as if he's never left!!" 😂😁⚡️@Alex_OxChambo joins the Reds for rondos… pic.twitter.com/g3XZIaC2T0

“The pair of them are a credit to themselves and epitomise the spirit around the team and around the club, that it is going to be very difficult to break that spirit and they’ll bounce back whenever there are setbacks.”